Home Inspiration 11 Ways Being Bilingual Can Change Your Life
Inspiration 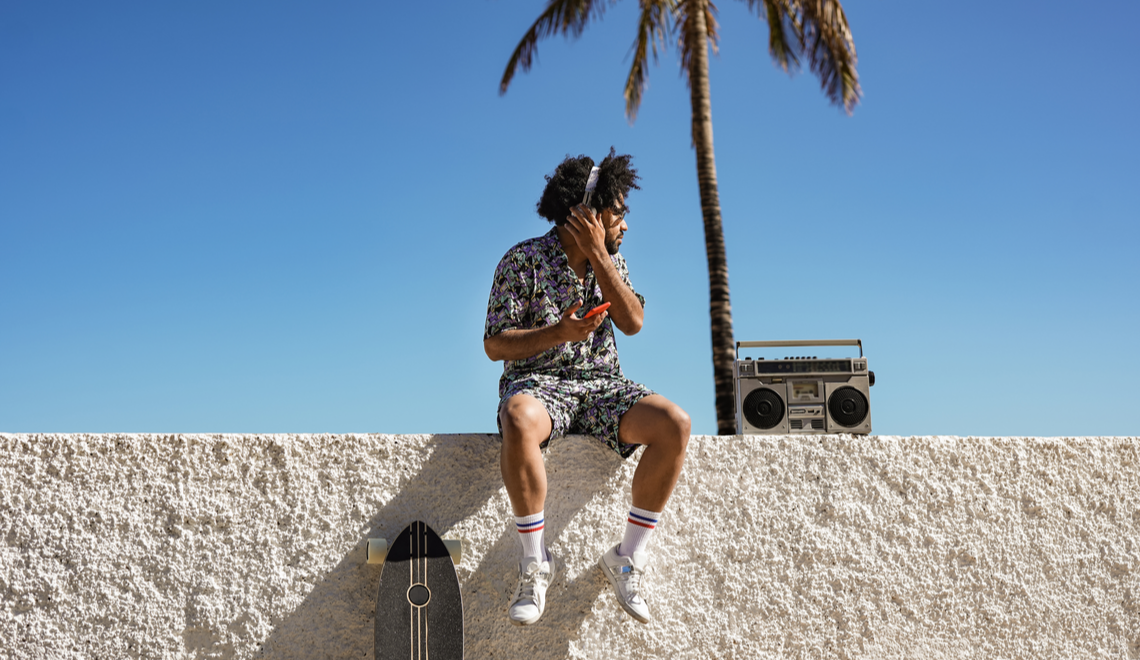 Do you speak more than one language fluently? Or maybe you’re still nailing down the basics? Wherever you fall on the spectrum, feel free to pat yourself on the back.

Being bilingual makes you smarter, more attractive, a better traveler, and a skilled climber of corporate ladders, among other things. It’s an impressive list, and there’s a reason why mentioning your bilingual skill is (or will be!) met with high praise on dates and job interviews.

You can read through the science behind each benefit below to see how being bilingual can help you become a more well-rounded person. But first, here’s everything you’ll be able to accomplish better with your second language knowledge:

English is the most widely spoken language around the world, meaning that if English is your native language, you’ll be able to connect with people in many different communities. But English speakers make up only one-seventh of the world’s population—that’s where your second (or third, or fourth!) language comes in.

Knowing a language like Mandarin (1.12 billion speakers) can nearly double the number of connections you can make. Quantity isn’t everything, of course. But whether you’re communicating with a family member or stranger, it’s meaningful to others to be able to converse in the language they’re most comfortable in. By knowing another language, you’ll be able to have deeper conversations and relationships.

Learning a language is a lot like exercising or improving your guitar skills: It takes time and commitment. If you’ve worked your way through hours of practice at learning a language, you’ll recognize the dopamine hit that accompanies even a casual conversation in your second language. It makes sense that bilingual speakers often feel more confident in their abilities!

Confidence also comes from making mistakes and learning from them, which is exactly what the best language learning environments encourage you to do.

Ever wondered what it would take to change the way you think? Having the ability to speak another language doesn’t just boost your confidence and positive thinking—it affects the way your brain reacts to new information and improves your ability to learn.

For bilingual speakers, certain parts of the brain show increased activation, as well as changes in the structure of the brain itself. Scientists believe this supports advantages in auditory attention. Because of these changes, bilingual speakers tend to be more sensitive and better able to process sound. Learning new vocabulary is a much faster process for bilingual learners.

Speaking of new vocabulary—if you can speak comfortably in two languages, you’ll be able to learn vocabulary faster across the board, both for languages you know and for new ones. Given the brain-boosting abilities listed above, it makes sense that third language acquisition is easier for bilingual speakers.

So we’ve established that, as a bilingual speaker, you’re pretty big-brained and adept at learning new things. We’ve got one more big-ticket health advantage for you: Bilingual speakers live longer, healthier lives.

Speaking two languages fluently won’t negate the need to take care of yourself, but it will protect you from conditions typically associated with old age. Because of increased cognitive reserves, bilingualism has been proven to delay dementia. Studies have also observed faster and more complete recoveries for bilingual stroke patients.

Learning a new language and finding it hard to stay motivated? Here’s another reason to couple language learning with your exercise routine!

A common motivator for language learning is travel. Knowing basic phrases around directions (“Where is the nearest grocery store?”) or retail (“How much is it?”) is helpful when navigating a foreign locale.

The utility of knowing a language when traveling extends well beyond those phrases, though. As a bilingual speaker with a higher degree of fluency, you’ll be able to strike up conversations with locals, find the hidden gems, and make friends out of strangers. Meaningful travel is as much about where you go as who you experience it with and meet along the way.

As a bilingual speaker, you’re bound to meet more people, both in your local community and around the world. With so many interactions, you’re likely to have a wider worldview.

We mention this often on the blog because it’s true: Language doesn’t exist in a vacuum. It’s deeply influenced by the cultures of the people who speak it and vice versa. It’s only natural that bilinguals tend to have a better sense of the culture tied to their second language, but also of the importance of culture as a whole.

It doesn’t matter if you’re looking to relocate for work or stay put. Knowing another language provides serious advantages in the workplace. Bilingual workers are solid multitaskers and help to bridge communication gaps. For those well-acquainted with the cultures tied to their languages, they’ll find that companies value their insight and perspective.

All languages are valuable in the workplace, but some carry more weight than others depending on where you live and what industry you work in. From Mandarin to Portuguese, this list can help you narrow down where you might fit in—or help you plan your next career move!

This is an interesting plus—one survey showed that 71 percent of Americans believed a person’s ability to speak more than one language made them more attractive.

From where we’re standing, you look perfect just the way you are. But if you want to woo a prospective partner with your confidence, big brains, and job-crushing skills, all the more reason to learn a new language or flex the ones you already know.

10. Holding onto your family’s culture and traditions

Let’s take the conversation back to what really matters: family. Language is key to preserving the traditions you have within your immediate family and wider community. From family stories to cultural ties, the language of your family can be both a practical mode of communication and a deep marker of pride.

It’s why communities around the world are working hard to preserve languages before they disappear. And it’s why your grandparents love speaking in their native language with you. It’s an honor to be able to understand the nuances of language that might get lost in translation. Being bilingual provides a powerful bond between you and the ones who love you most.

11. Giving your kids the same advantages

If you’re interested in raising your kids with the same culture and traditions, knowing your family’s native language can make it easier to pass it on to the next generation. Whether you’re already fluent or in the process of learning, it can be incredibly rewarding to build that additional bond with your child.

Teaching your child a second language is definitely possible if you commit to making your home a multilingual household. It’s easier for young children to pick up multiple languages at the same time, so you can rely more on immersion (speaking languages around them) rather than formal instruction. By handing down your second language, you’ll have the opportunity to pass on all of the advantages we’ve listed above.

Feel different, yet? Whether you grew up as a bilingual speaker or you’re working your way to learning a second language, we hope this list renews your sense of pride in speaking more than one language.

Ready to master a new language? We’ve got the platform to help you learn quickly and efficiently based on your unique goals. Check out www.rosettastone.com to choose from 25 different languages, and start learning today!

What’s the best age to learn a new language?

The Rosetta Stone App: 6 Features to...

Taking Language Learning on the Go with...