3 Easy and Healthy Greek Pantry Meals (Plus a Bonus Appetizer) 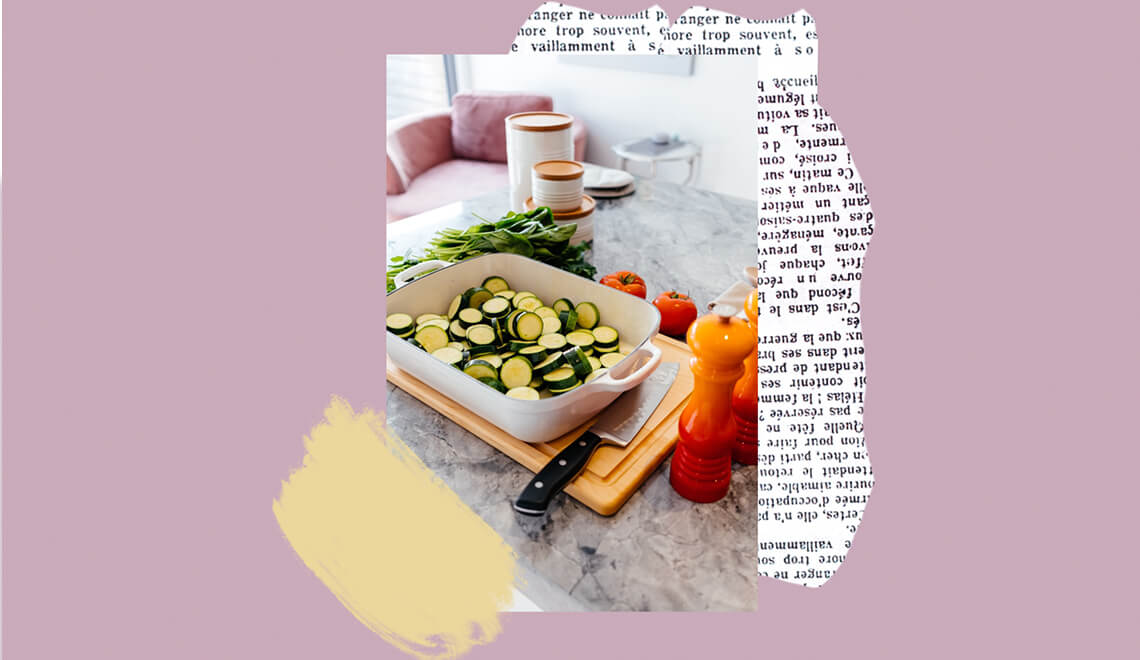 Before I even started writing this article, I asked my mom if she had any ideas for some easy Greek recipes, and before I knew it she’d stacked five Greek cookbooks one on top of the other next to my keyboard. Two of them, she told me, she’d brought back with her from her trips to Greece, dating from 1997 and 1998. The other three she’d picked up from various Greek festivals at Greek Orthodox churches around the U.S. that were filled with Greek families’ most prized recipes. These ones ranged from 1988 to 2018.

She also took out a clear container filled with index cards with recipes from her German grandmother, my Greek grandmother, and other must-save recipes she picked up over the years. If you read my piece where I shared three of my favorite French recipes, you’ll know that I love getting family recipes, so I was really excited to handpick some great recipes from all of the recipes my mom placed right at my fingertips.

Mediterranean food is not only one of my favorite types of food, but it’s considered to be one of the most heart-healthy diets. If you’ve heard of blue zones, regions around the world where researcher Dan Buettner claims people live much longer than average, you’ll probably know that two out of five of the original blue zones are in the Mediterranean. One of these is Sardininia, Italy and the other is Icaria, Greece. Part of the reason why Buettner thinks these populations live so long is due to their low-calorie, high-vegetable intake Mediterranean diet.

The Mediterranean diet is mostly plant-based and is filled with whole grains, olive oil, fruits, vegetables, beans and other legumes, nuts, herbs, and spices. Animal protein is eaten more rarely, and fish and seafood is usually the preferred choice over land animals. Though, when I went to Greece for the first time I did have a rude awakening when I realized I didn’t know how to say ευχαριστώ αλλά είμαι χορτοφάγος (thanks, but I’m vegetarian), and had to eat a whole rabbit that was placed in front of me by Greek-speaking neighbor.

A little while ago, I shared these famous Greek garlic mashed potatoes, and here I’m going to share some other delicious recipes. First I shared a pescaterian recipe called psari plaki (ψάρι πλακί) from one of the Greek cookbooks my mother picked up at a Greek festival in Washington D.C called “Recipes from our Greek Heritage.” Psari (ψάρι) means fish, and then plaki (πλακί) is a term used to describe any dish that is baked with olive oil, tomatoes, and other vegetables. We can thank someone named Lia Fidas from Washington, DC for this recipe!

I didn’t know how to say ευχαριστώ αλλά είμαι χορτοφάγος (thanks, but I’m vegetarian)

Next, I shared my yiayia’s chicken and potato recipe which is a staple in any greek household and is so good. I’m a vegetarian, but I would do almost anything for those potatoes. In Greek the recipe is called κοτόπουλο με πατάτες (kotopoulo me patates), or chicken with potatoes. The final recipe is one of my favorite meals to eat when I’m in Greece. In Greek it’s called μπριάμ, pronounced “briam,” but actually called “briami” in English. Briami is just a pan of oven baked vegetables, but it goes so well with a hunk of feta and some fresh bread. It’s the perfect warming meal right before the daily afternoon nap in Greece.  This recipe comes from one of the cookbooks from Greece, which is called “The Best Book of Greek Cookery” by Chrissa Paradissis.

As a bonus, I included riganada (ριγανάδα), which is a dish that comes from the island of Kefalonia, which is where part of my Greek family comes from. It’s super simple and is just toast with tomatoes and feta on top, but you can add in a variety of toppings. I sometimes make it with an entire Greek salad on top. I included it because it makes a great appetizer—some people call it a Greek bruschetta.

Briami is just a pan of oven baked vegetables, but it goes so well with a hunk of feta and some fresh bread. It’s the perfect warming meal right before the daily afternoon nap in Greece.

P.S.  This meal goes great with some feta cheese and fresh bread!

We always love to see what our readers are up to, so feel free to snap a picture and tag us @rosettastone on Instagram or Twitter!

Hard Conversations: Learning from the Resilience of Refugees

Should English be the Official Language of...