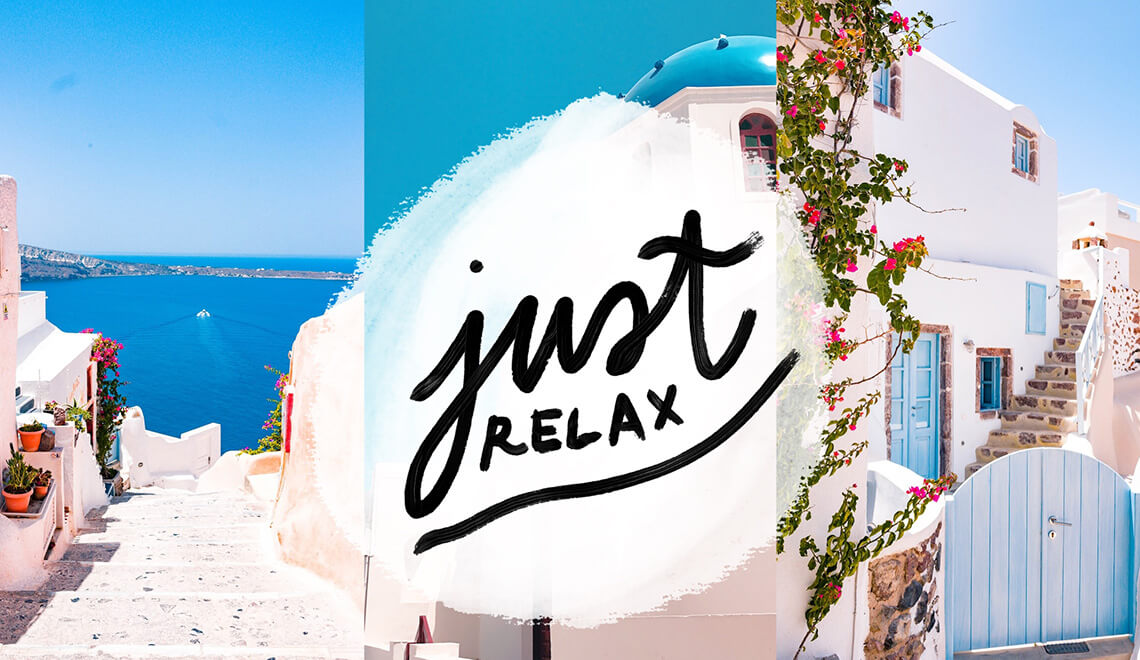 When I first moved to Greece for a summer, I was surprised by how slow everything moved. There were the grandparents meandering through the town’s small square, the little waves that slowly pushed against the walls of the port, and the hour-long lunches every afternoon. When you go from watching people spill coffee down their paper cups on their walk to work to watching people sit at a cafe for 30 minutes after they’ve finished their coffee, it can be a little bit of a surprise. In the United States, we are always go, go, go, so for the first few weeks I was in Greece I was impatient.

I’m a notoriously fast walker and a pretty fast talker, so both my legs and my ears had to adjust to the slow-moving neighbors and the long-winded stories. I had had a little taste of it with my yiayia, a woman who always had a story to tell. When I was little I listened to the stories about her Grecian island, fields of poppies, and seas—warm and clear as bathwater—with awe. Her life always seemed thousands of miles away from mine, but her stories felt so close you could taste the salt in the air, and the olive oil on the baked summer vegetables.

In the United States, we are always go, go, go, so for the first few weeks I was in Greece I was impatient.

When I got to Greece, I found myself back in the house she’d grown up in, and I was instantly back in her stories. At first I couldn’t stand the fact that shops closed after lunch for a few hours, and that everyone was busy all afternoon tucked away in their beds. There were slow waiters, and slow WiFi. My busy American self couldn’t handle all the empty time left in the day to simply relax.

But slowly, right into character, I fell into the Greek way of life. The WiFi wasn’t slow when I too was working more slowly, distracted by passersby. The waiters were quality over quantity, checking in less frequently, but with more genuine smiles. I soon didn’t mind the slow afternoons, as I came to enjoy crawling into my air-conditioned bedroom after a big meal of brami and a morning under the hot summer sun. And no longer was I bothered by slow walkers because there I was doing just the same.

When learning to relax like the Greeks most find it easier said than done. It’s hard to slow down, so I would suggest making changes one step at a time. Since Greece has had a lot of influence from other countries throughout its history, traditions and culture change depending on where you are in Greece—but many things stay the same. I’m going to share what I’ve learned from spending time in Kefalonia, an island nestled in the sea between Greece and Italy, so don’t be surprised if you don’t notice the same routines in other parts of Greece.

Routines also change depending on your age and occupation, too. If you’re a busy businessman in Athens you’re most likely not going to take an afternoon nap very often, but if you’re working in a small shop on a Grecian island you might take one every day. Either way, I think Americans, or anyone from a fast-moving culture (myself included), could use a few tips from the warm and relaxing habits of the Greeks.

Relaxing Life Advice from the Greeks

This is the nap that the Greeks take in the afternoon, which means ‘afternoon sleep.’ It is sometimes called mikros ipnos (μικρος ύπνος), which literally means ‘little sleep.’ This nap is taken right after lunch, which is the biggest meal of the day. A typical lunch is either a meat dish, like grilled chicken, or a vegetable dish, like stuffed tomatoes, each with a small Greek salad, feta, and bread. It’s common to be served a very full dish, and then to be pushed to have a second serving. (The Greeks are food pushers, but it’s all out of love.) Once you truly think you’ll explode, the host/hostess brings out cold watermelon, or some other delicious fruit, and then you are forced to take a nap because the idea of moving to anywhere except your bed after a meal like that seems pretty unlikely.

It’s not just the hot sun and the big meals that have kept the Greeks sleeping all these years, though. They know it just makes them feel better, but research also proves that sleep is important to physical health—after all, it’s the time when your body repairs itself.

It’s common to be served a very full dish, and then to be pushed to have a second serving. (The Greeks are food pushers, but it’s all out of love.)

Aragma is slang that translates to the act of chilling, and boy do the Greeks know how to chill. This activity is commonly done at the beach or in a cafe. The Greeks don’t rush through anything, so they take their time drinking their coffees and wading in their clear blue waters. You might also see some aragma on porches just before dusk. When I was in Greece my family would always invite me over and in my American mind I would always think, to do what? But, eventually I learned it was just to hang around and enjoy each other’s company, which I try to do more back in the U.S. whenever I’m with family and friends.

Spending time relaxing with others is so important. One study found that the strength of a person’s social circle, which was measured by inbound and outbound cell phone activity, was actually a better predictor of self-reported stress, happiness, and well-being levels than fitness tracker data on physical activity, heart rate, and sleep. Some researchers even claim being by yourself too much is just as bad for your health as smoking cigarettes!

Like the Italians with their passeggiata, the Greeks also like taking their evening stroll. This usually happens post-nap, and pre-dinner. My yiayia calls it the ‘flirt walk’ because back in her day everyone would be looking their best and try their best to flirt with the pretty women. Most of the time the peripato takes place in the center of town, but if you’re lucky enough to live by the beach it might be down by the water. I’ve even taken a peripato going through the wilderness looking for wild artichoke, which is smaller and spikier but so delicious.

Walking is considered an extremely effective physical activity that boasts a lot of health benefits like alleviating depression and fatigue, improving mood, creating less stress on joints and reducing pain, preventing weight gain, and reducing risk for cancer. And you only need about 25 minutes a day to get most of those benefits.

The paratzatha goes hand and hand with aragma, because paratzatha is the calming activity of people watching. With the aforementioned slow WiFi and few televisions, people watching is one of the most entertaining activities you can do when in a café. I personally love to overhear the passionate discussions old Greek men have over their opinions even if I don’t understand everything. I also like catching the fishermen heading out to sea in their little colorful fishing boats.

Filoxenia literally means ‘the friend (filo) of strangers or foreigners’ (xenia), and it means you’re friends with everyone no matter where they come from. Filoxenia is less of an act and more of an attitude. You’ll see this mindset in a lot of places including restaurants, which is probably why the waiters are so friendly, but you’ll notice you’ll be warmly welcomed into strangers’ homes like they’ve known you for years.

I remember once when I was in Greece I was searching for batteries for a thermometer, which I knew they didn’t have at the grocery store. I tried going to the pharmacy, but they didn’t have them, and instead of telling me to just go on my way they suggested I try the camera shop across the street. I popped into the camera shop, and they did indeed have the batteries I was looking for. But, the man kindly told me they only sold the batteries in packs of eight when I only needed one, and suggested that I go to the electronic store up the street. I was so surprised he was willing to lose business just because it would possibly save me money!

So I headed up to the electronic store, and the girl who worked there showed me the exact same package of batteries, and then suggested I go to the camera store because they might sell the batteries individually, and said that she didn’t want me to have to buy eight. By this time I’d walked across town a few times, so I went ahead and bought the pack of eight, but I was so impressed by how kind these business owners were. It really showed me how far the Greeks could go to be friendly to strangers.

While you may not see kindness as a wellness activity, it actually is. An article published in The Journal of Positive Psychology found that the participants who were more altruistic reported a greater sense of purpose and meaning in their lives, which leads to greater overall happiness.

I was so impressed by how kind these business owners were. It really showed me how far the Greeks could go to be friendly to strangers.

Don’t get too stressed if you can’t get all of these habits in your daily routine, because if you’re anything like me it’ll take a little getting used to, but I can tell you it’s worth it!

3 Easy and Healthy Greek Pantry Meals (Plus a Bonus Appetizer)

10 Ways to Say Hello in Spanish