5 Places To Visit In Europe This Spring

For those of us who endure a true winter with frigid, below-freezing temperatures, the mere sight of a flower bud waiting to blossom is like the light at the end of the tunnel, luring us out of hibernation. While many people take their big vacation in August, the spring months are also a great time to travel, as there are often fewer tourists. Overall travel expenses tend to be less expensive, plus it’s also a great way to celebrate the fact that winter is over. Check out these European springtime vacations where you can practice your language learning: ​Originating from the Ottoman Empire (present-day Turkey), tulips became extremely popular in Holland during the Dutch Golden Age, where they were featured in paintings, festivals, and were even accepted as a form of currency. Tulips are still treasured to this day, and from late March to mid-May, areas of Holland are blanketed with these gloriously colorful flowers, attracting people from all over the world. Located only 30 minutes outside of Amsterdam, two of the best places to view these flower fields are the Keukenhof Gardens and the Zaanse Schans, where you can also marvel at iconic Dutch windmills. From Roman theaters to Greek temples and Arabic Gardens, the large island off Italy is home to many fascinating relics of the past. Spring is a wonderful time to visit Sicily, as it is not overrun by tourists, and you’ll get the perfect mix of breathtaking beaches, delectable cuisine, and fantastic sightseeing.

Calderas and Craters in Azores While the rest of the world is flocking to Iceland’s hot springs and geothermal landscape, these under-the-radar Portuguese islands have their own unique volcanic attractions. OK, so the thought of skiing and being in the snow doesn’t sound appealing after a long, cold winter. However, it may sound more enticing if you envision yourself skiing under the sun wearing a T-shirt, a warm pot of cheesy fondue for lunch, and the iconic Matterhorn as a backdrop. For those who want to experience some of the most pristine beaches in the world, head to Croatia. The waters start to warm up in late March, and by May they are delightful. For the Game of Thrones fan, many scenes featuring the fictional city of King’s Landing were filmed in Croatia the Croatian city of Dubrovnik. 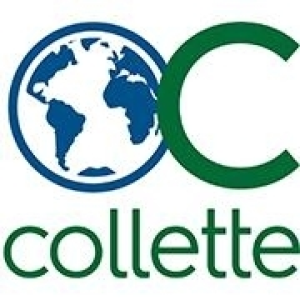