5 Steps to Learning the Japanese Alphabet: A Beginner’s Guide to Hiragana 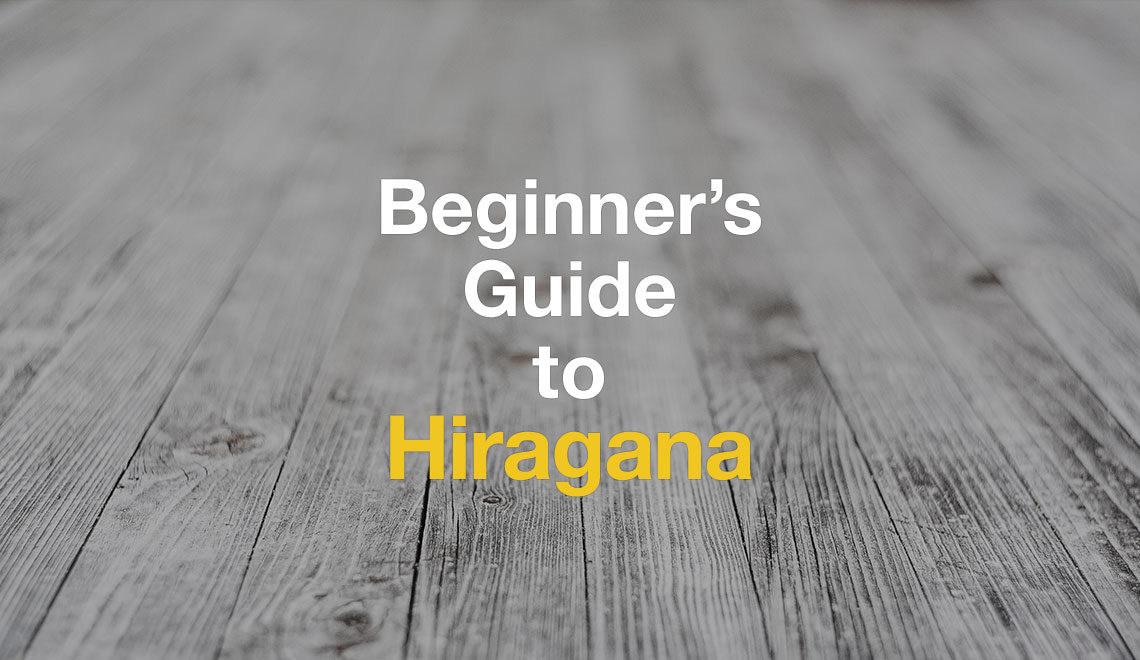 Once you’ve learned some Japanese language basics and everyday Japanese phrases, your next stop in the language learning journey is often the Japanese alphabet. No matter which language you’re learning, taking the time to get comfortable with a language’s alphabet usually translates into a better understanding of pronunciation. That’s certainly true of Japanese and the video explainer above from YouTube’s Reina Scully is a great place to start.

The Japanese alphabet may seem a bit unfamiliar at first because it’s based on characters called kana but once you’ve gotten yourself oriented, you’ll find the system is beautifully straightforward because it’s largely phonetic. Kana has two specific sets of characters called hiragana and katakana. Hiragana is where beginners should start since these are the characters that represent traditional Japanese words while katakana is for foreign words

Hiragana is often demonstrated to learners as a grid with five vowel sounds on the right (a, i, u, e, o) that correspond to ten consonant sounds on the top. (n, w, r, y, m, h, n, t, s, k). The hiragana grid is sometimes referred to as gojūon, 五十音,  or “fifty sounds.” Characters are made in Japanese by combining a vowel and corresponding consonant sound and symbol.

Is it difficult to learn the Japanese alphabet?

While the Japanese alphabet may seem intimidating at first because it relies on an unfamiliar character system, the application of hiragana is surprisingly simple. There are many shorter Japanese words you’ll be able to pronounce after learning just one vowel and consonant combination.

Another element that makes the sounds of the Japanese alphabet a little easier to pronounce is that, while the Japanese language does have two different pitches (low and high), the syllables have equal stress. You can often break spoken words down phonetically and use your Hiragana grid to translate them into written characters with minimal effort.

5 Steps to Learning the Japanese Alphabet

Following the steps below will help beginners get started with hiragana and learn the Japanese alphabet in a way that will solidify the concept and provide a good foundation for understanding the Japanese writing system.

1. Start with the Hiragana grid

The hiragana grid demonstrates how the consonants and vowels in Japanese combine to make sounds and characters. This 5×10 grid with consonants on the top and vowels on the right was meant to show the original fifty sounds of Japanese, although the modern language does not use four of the sounds. These 46 sounds and characters of the hiragana are read from right to left and top to bottom.

While Japanese is largely phonetic, there are some exceptions detailed below to be aware of as you combine vowels and consonants.

As you begin to learn the Japanese alphabet, it may be useful to develop a practice where you emphasize the rhythm or rhyme of the sounds in a singsong tone. This singing practice may feel a little silly at first, but it will help you memorize it easier. It may also help you develop an ear for pronunciation and tone, which are very important as you learn to speak Japanese.

There are several marks or diacritics that are added to hiragana that expand the alphabet from 46 to 81 characters or sounds. Slowly begin to add each into your understanding of the basic alphabet and you’ll find your written vocabulary expands quickly.

Dakuten
The characters for the letter sounds of G, Z, D, and B are created in Japanese through variations on the characters for K, S, T, and H called dakuten. Dakuten is the practice of adding a tiny double dash to the top right of the character, sometimes called ten-ten 点々which translates to “dots.”

Handakuten
Handakuten are tiny circles added to the top of characters you’ll only find in the “H” column of the hiragana grid. Adding this tiny circle signals the reader to turn the “h” sound into a “p” sound. It’s not used often in Japanese unless it’s for loan words or onomatopoeias.

Sutegana
Sutegana are miniature versions of hiragana added between characters to make a gliding sound as found in the sounds ya, yu, and yo. Sutegana also introduces the sound “tsu,” which is pronounced as a staccato between words.

Adding this staccato can be quite important since it can create new words or meanings from similar-sounding words in Japanese.

One of the best ways to learn hiragana is to simply try to sound out and break down Japanese words into characters. For instance, you might hear o ha yo u or “good morning” and if you pull out your hiragana grid, you’ll be able to phonetically trace the characters along the grid and write the corresponding word (お は よ う).

As with any language, the key is to keep practicing. Specifically, when it comes to learning the Japanese alphabet, it may help to break words apart and write them down for a while until you feel confident. Posting the hiragana grid someplace you can see it, like near the mirror when you brush your teeth, may also help your brain more easily recall the characters the next time you need to phonetically break a word down into written Japanese.