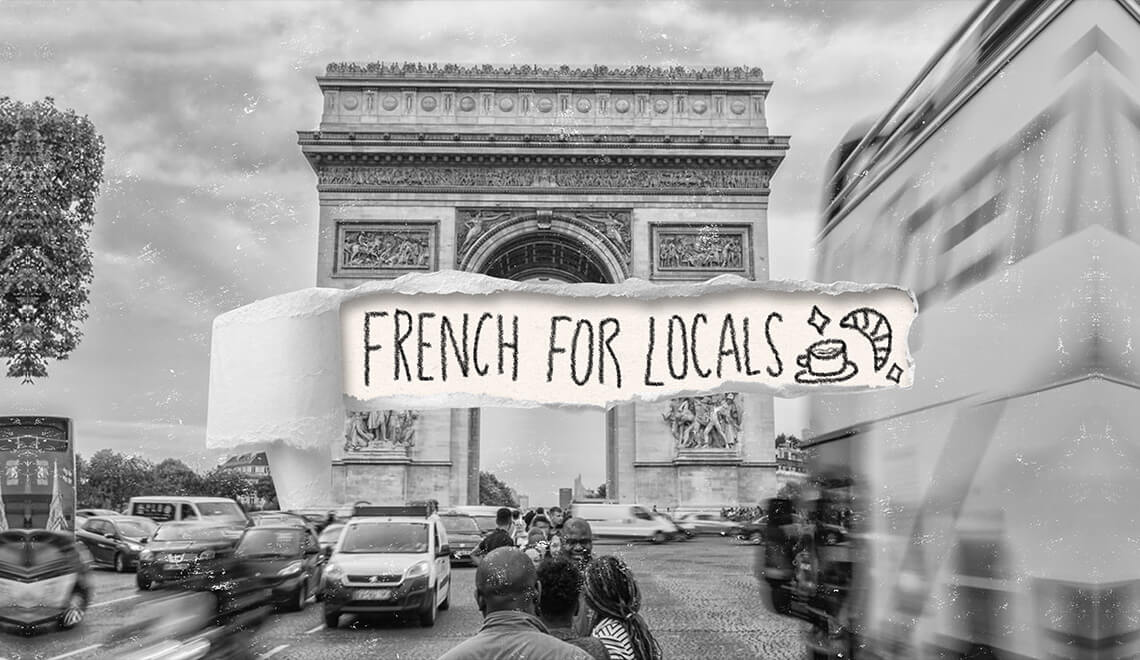 A little while ago, I shared a few French rules that I never learned in French class, but now I want to share some rules I did learn but almost never use. If you want to learn how to speak French like a local, there are some rules you might want to unlearn. When I studied French in high school and college, I had a few rules down pat, so I was surprised when I found the French rarely used some of them. If you want to converse with French speakers and have them think you’re a native speaker, cutting out some of the typical rules you might have learned in French class is vital.

Language lessons are still essential and create an excellent foundation for any real-life experience you might have, but if you’re trying to learn a language quickly, you don’t have to feel as guilty about skipping over specific rules. I started taking French classes in high school, got a minor in French in college, and studied in France while I was an au pair. And after these lessons, I thought the French would use grammar rules like inversion and the nous form regularly, but I eventually learned that wasn’t the case. So keep on reading to learn the five rules I learned in French class that I seldom use in France.

1. Not using inversion when asking a question

When I wanted to ask a question in French class, I almost always used inversion, but when I got to France, I learned that est-ce que and rising intonation were much more popular among the locals.

Inversion is where the subject and the object are switched. For example, if you wanted to ask someone if they like chocolate, you could ask, “Aimes-tu le chocolat ?” Usually, the subject, tu, would come before the verb, aimes, but when asking a question with inversion, you switch things around.

When I wanted to ask a question in French class, I almost always used inversion, but when I got to France, I learned that est-ce que and rising intonation were much more popular among the locals.

2. Not using ne in spoken French

If you want to sound more like a native speaker, you can drop the ne in speech, but be sure to use it when writing because the ne is still alive and well in written French.

We learned that “ne” came before the verb and “pas” came after it. When I started speaking with native French speakers, I quickly noticed that their “ne” was nowhere to be found. If they wanted to say, “I’m not going to the store,” they should’ve said, “Je ne vais pas au magasin,” but instead, they said “Je vais pas au magasin.” It took me a little while to start dropping the ne like the locals, but I eventually got it.

If you want to sound more like a native speaker, you can drop the ne in speech, but be sure to use it when writing because the ne is still alive and well in written French.

But in 2012, the French dropped mademoiselle from official use. The term was deemed sexist because it implied that a woman’s marital status affected her overall social status. You’ll still hear older generations using the term mademoiselle, but if you ever find yourself in a French-speaking country, I would try to keep it out of your vocabulary.

When I was studying French, I didn’t even know what the on form was used for. I would always see it on conjugation charts next to il and elle, but I didn’t understand when people really used it.

I would eventually come to learn that the French use on much more than its cousin, nous. Nous means “we” in French, but on also means “we.” On is more informal and is mostly used in speech or casual writing, like a text message to your friend.

On is also used rarely as a French equivalent to “one,” as in “one might buy eggs at the farmer’s market.”

Words like ceci, cela, celui-ci, celle-ci, celle-là, and celui-là, aren’t used as much as I thought they would be in French. These are demonstrative pronouns that can mean “this,” “that,” “this one,” or “that one.” I used to always get confused about which one to use and when. I even almost flunked a quiz because of the pesky things.

Demonstrative pronouns are still used in specific situations, especially when you want to differentiate between two different objects, but if you’re in a French-speaking country and doubting the right choice, you can almost always say “ça.”

Languages are filled with rules and sometimes it can feel overwhelming to get a handle on all of them, but we all make mistakes and at least there are moments where we can break the rules.

Cześć and Other Ways to Say “Hello” in Polish

It’ll Be “Spoko”! The #1 Polish Slang Word to Know

Gifts for the Savvy Traveler