5 Things You Need to Know Before You Start Reading French 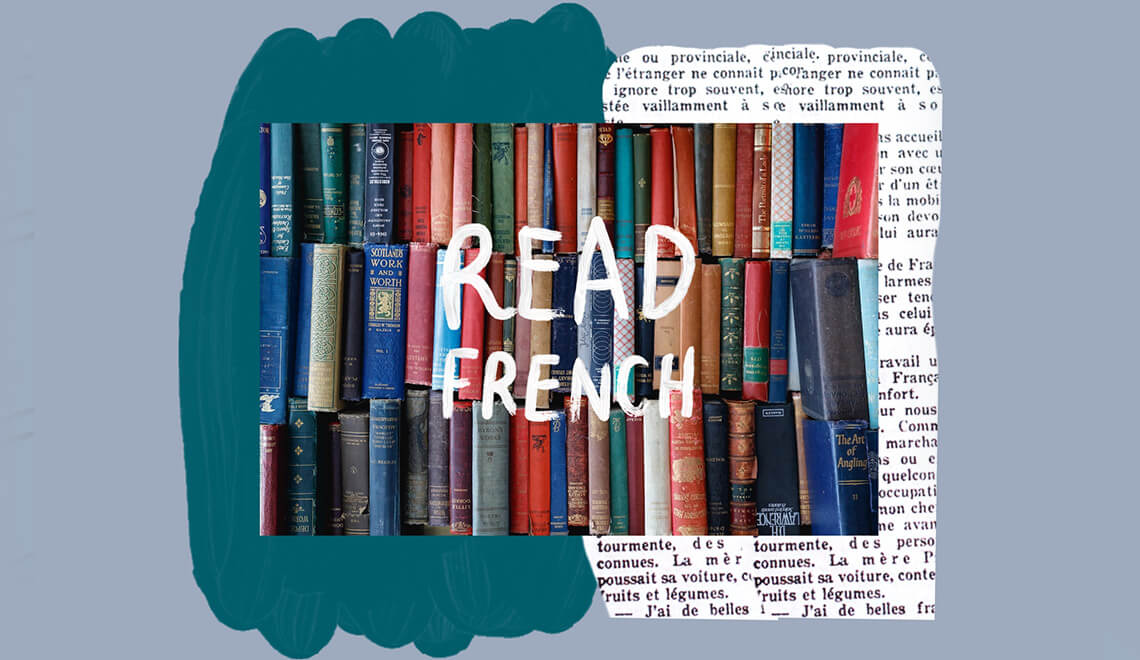 If you didn’t know already, September 8th is International Literacy Day, a day created to highlight literacy’s importance to people worldwide. So, in honor of this special day, we wanted to try to make French literacy a little more accessible to our French learners by sharing five things to know before you read French. You might be trying to learn French to improve French reading comprehension or because you’re trying to get a handle on some more advanced texts. Either way, we’re here to share some differences you might notice when you pick up a French book.

French literature has a pretty good reputation worldwide with authors like Honoré de Balzac, Voltaire, and Victor Hugo. One of Victor Hugo’s most famous books, Les Misérables, has been popular for over 150 years with multiple movies, concerts, and even a Broadway play to show for it. But French writing doesn’t just stop when you leave the French borders. There are famous writers from all over the world who have written works of art in French. The Senegalese writer, Mariama Bâ, is well-known for her book, “Une Si Longue Lettre,” about a woman who struggles to share the mourning of her late husband with his younger, second wife.

While older French literature is undoubtedly filled with beautiful stories, it’s possible to find French novels from contemporary authors and works that have been translated into French from English and other languages. I read Harry Potter in French during quarantine, and I found it to be a great reading and French exercise. There were way more differences between the French version and the English version than I thought there’d be. One of my favorites was Le Choixpeau Magique, or The Sorting Hat. The title is a play on the phrase, chapeau magique, or magic hat. The word choix, or choice, is added into the word chapeau to emphasize that the hat is making the choice of which house the Hogwarts students will be in.

So, besides le choixpeau magique, what are some other differences you can expect?

1. Passé simple (French tense you see only in writing)

There are a few French verb tenses that you only see in writing and super formal speech. The primary verb tense you’ll see is the passé simplé, which has the same meaning of the passé composé (perfect tense), but with some funky endings. It’s also possible you’ll come across tenses like the passé antérieur and the conditionnel passé II. I wouldn’t get too stuck on these words because you’ll most likely recognize the stem of the verb and be able to guess the meaning. If not, we have a great master guide to all of the French verb tenses.

This looks like a perfectly normal quotation that you could see in any book, but not a French one. In French, they don’t use grouped apostrophes to show someone is speaking, but les guillemets (« »), which are punctuation marks shaped like double arrows. Les guillemets aren’t used like quotation marks either. Les guillemets are used around an entire conversation, not only around each sentence, and then les tirets, or em dashes (—), are used to show a change of speaker in a dialogue. In French, the previous exchange would look like this:

If just one person is talking, you would only use les guillemets. The same goes for exclamations within a paragraph or other words that might be in quotes in English texts, like non-words.

Like I said with Le Choixpeau Magique, you’ll notice some name changes if you’re reading a book you’ve already read in English. There are sounds that exist in French that don’t exist in English and vice versa. In the Scooby-Doo series, the well-known American “Shaggy” is known as Sammy. So don’t be surprised if you read an American book and find yourself getting lost in some of the character names.

7 Things I Learned Having Roommates From 3 Different Cultures