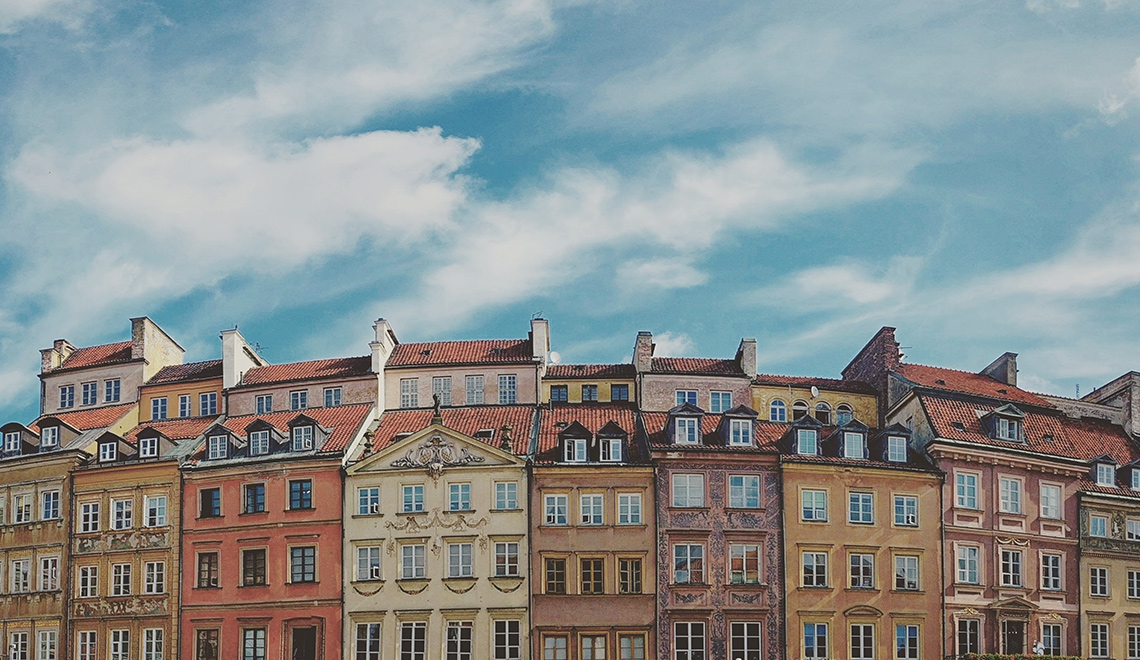 I hate to say it, but before last night I hadn’t talked to my grandpa in a few months. So when I found out it was Polish-American Heritage Month in October, I was excited to have the opportunity to get to know my grandpa’s family history a little better. I ended up learning some interesting Polish heritage facts, discovering some famous Polish Americans, and learning a few of my grandpa’s favorite Polish recipes.

Whether you’re Polish American or not, it’s interesting to learn more about the culture of a people who influenced the history of our country, and there’s no better time to do so than Polish-American Heritage Month. This yearly celebration of Polish heritage began in 1981 where it was originally celebrated in August. The month eventually changed to October in order to remember the first Polish settlers and the deaths of General Kazimierz Pułaski and Tadeusz Kościuszko, two military leaders who fought in the American Revolution.

The Polish began settling in the United States in 1608, but continued to immigrate to the United States throughout American history including the American Revolution. But by far the biggest wave of Polish immigration happened between 1870 and 1914. This wave happened after many Poles left their country due to the poverty caused by the Franco-Prussian war. My great-great-grandfather and great-great-grandmother were a part of this immigrant wave. From my grandpa and my uncle, I learned that my great-great-grandfather, John Magalski, who was born in Guzno Poland, immigrated to America on July 4, 1889. My great-great-grandmother, Frances Sobiesinki, was born in an unknown location in Poland and immigrated to the US in 1895.

The two met in Ohio where they were married when Frances was just 16 years old and John was 22 years old. They didn’t come from much, but John worked hard as a watchman while Frances took care of the children. One of these children would be my great-grandmother, Frances Amelia Magalski. When I asked my grandpa what he remembered about his mother he talked about how his mother never spoke Polish unless speaking with her siblings, which actually isn’t that uncommon for immigrant parents. He also remembers his Polish-American family sending care packages filled with clothes to Poland during and after World War II, which always stuck in his memory.

But the biggest Polish influence on his childhood was the food he ate. When we spoke, he shared his love of his mother’s meat-filled pierogi, Polish donuts called paczki, which are made with a little bit of Polish vodka, and the “probably bad for your arteries, but very good” Polish drop noodles called kluski. I binged quite a few cooking videos after our chat and even tried my hand at this recipe for these buttery cookies called kołaczki, which turned out pretty amazing.

Throughout my research, I learned that there are some pretty famous Polish Americans out there including Kristin Bell, John Krasinski, and Martha Stewart. But whether you’re Polish or not, if you haven’t had the opportunity to connect with your heritage, I definitely suggest delving into your cultural identity a little. Each of us has a rich family history that can teach us resilience, compassion, and self-worth from the stories of our ancestors and help us connect with living family members through stories of their pasts. So how can you connect better with your family history?

How To Connect with Your Heritage

Learning a language is a great way to connect with your family history. Languages aren’t just filled with grammar rules and new vocabulary, they’re also rich in culture. A few years ago I visited the farm in Germany where my great-grandfather was born—on the kitchen floor no less—and I wished I had learned a little bit of German before going. If you’re looking to connect with your roots through your language, Rosetta Stone teachers over 24 different languages, so it’s likely you’ll find the language you’re looking for.

There are thousands of history museums across the United States where you could learn more about your family’s heritage. If you’re Polish American, there are a few Polish history museums sprinkled along the east coast and the midwest, but the most famous is the Polish-American Museum of America in Chicago. There are a lot of different museums devoted to specific cultural backgrounds, so I’m sure there’s a museum out there that could teach you about your cultural identity (and some you can visit from home).

Nowadays there are entire databases that connect potential family members and build family trees. You might not discover that you’re related to George Washington, but you’ll be surprised by what you can find out about your family history through a little research. Discovering your cultural identity can help you feel more connected to your family and your roots, plus you might even get to learn some interesting stories about your ancestors.

4. Reach out to family members

The conversation I got to have with my grandpa was just as valuable to me as the information I learned about the Polish side of my family. I rarely get the opportunity to sit down with my grandparents and ask them about their childhood and I wish I did it more. Older people have lived a lot more years than we have and have a pretty good perspective on things we might not understand just yet. Besides this, I was also able to connect with my uncle who had previously done a lot of research about our family history. I even got to see the document my great-great-grandfather filled out to petition for citizenship, which was pretty cool.

5. Try out some new recipes

Food is one of the best ways to experience another culture. I love trying out old family recipes and getting inspired by new recipes online. Try seeing if there is a restaurant or grocery store near you that sells food from your culture. If you can, try starting up a conversation with the owner and see what you can learn from them. If you’d rather stay home, you can try a new recipe. Here are a few good Greek recipes and some easy French recipes you can try!

I hope you enjoyed learning a little about Polish-American history and I wish you good luck on your search for your own cultural identity!

Cześć and Other Ways to Say “Hello” in Polish

What to do When You Forget a...

Learning How to Teach English Abroad, or...