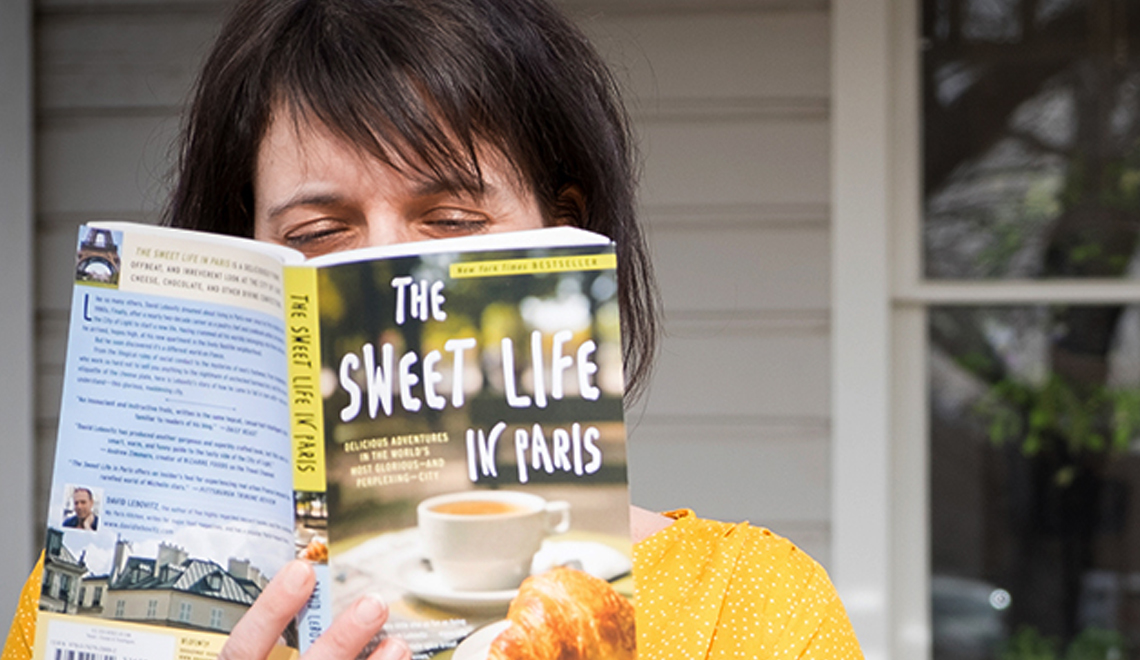 Get ready to fall head over heels for the City of Love when you indulge in these recommended reads. Whether you’re booking a flight to Paris or looking for a virtual escape, diving between the covers of these titles not only helps you get a feel for the city but also provides a certain je ne sais quoi (ja nuh say kwa) that can translate into a better understanding of the French language. Here are a few recommendations to get you started on your literary journey to Paris.

Get wordy with a Parisian classic Few works have stood the test of time in the way Les Misérables has. Hugo brings Paris to life at a pivotal point in the French revolution and lays bare the devastating poverty at the heart of the city. If you’re envisioning the book as the written version of the musical, you’ll get much more than you bargained for in terms of French history. The English translation is a hefty 1,400 pages, but the original French is 1,900. What’s in those missing 500 pages? You’ll have to lire le livre (read the book) to find out.

To truly understand Parisians, a deep dive into French intellectualism is well worth the effort. And there’s no better literary company to keep than Simone de Beauvoir, famous French philosopher and feminist. The Mandarins meanders as aimlessly as a flâner​​, a French word for a long stroll through the city. The pages are filled with sharp, poignant prose that frames Paris in the aftermath of World War II and populates it with thinly disguised characterizations of Simone’s frequent companions, the famous intellectuals John Sartre and Albert Camus. The novel won France’s highest literary prize, the Prix Goncourt, and you’ll likely feel your own sense of highbrow accomplishment when you’re able to read it in French.

3. A Moveable Feast by Ernest Hemingway Hemingway, regarded as a writer of sparse description, is best known for what he left unsaid between the lines of his famous novels. However, this book, set in Paris in the 1920s, is so rich with description you’ll find yourself thirsty for more. Join Hemingway as he drinks his way through Paris in a series of written sketches, including one chapter devoted almost entirely to a comedy of errors that results from a misunderstood drink order known as fine à l’eau (brandy with water).A Moveable Feast, titled Paris est une fête in the French translation, had a revival of sorts in 2015 when it topped the French bestseller list for several months in the aftermath of the Paris terror attacks. Parisians held copies aloft at gatherings or placed them carefully at shrines and memorials, drawing comfort from Hemingway’s words.

“If you are lucky enough to have lived in Paris as a young man, then wherever you go for the rest of your life, it stays with you, for Paris is a moveable feast.’’

Whet your appetite for France

4. The Sweet Life in Paris: Delicious Adventures in the World’s Most Glorious – and Perplexing – City by David Lebovitz What happens when a world-famous pastry chef realizes his dream of living in Paris? David Lebovitz admits that becoming un vrai parisien (a real Parisian) is not necessarily what he thought it would be. This unconventional book has fifty French recipes wedged between stories of how David came to fall head over heels for the city. Be prepared to walk away from these pages hungry. Bacon and bleu cheesecake? Oui s’il vous plaît (Yes, please).

5. My Life in France by Julia Child

The queen of the kitchen Julia Child, who revived French cuisine in America, lives again in the pages of this memoir. Julia was at loose ends in a city where she didn’t speak the language, so she rolled up her sleeves and dived into learning to cook. She attended Le Cordon Bleu in Paris, which still exists today, where she mastered the art of coq au vin (rooster or ‘cock’ with wine) among other French delicacies crammed into the pages of this charming book.

Dive into the mystery of Paris

6. Perfume: The Story of A Murderer by Patrick Suskind Let this novel lead you by the nose into a murder mystery set in Paris. This visceral narrative can be overwhelming at times, but Suskind captures the essence of the city in the powerful persuasion of his words and the siren call of smell. This novel is a work of fiction, but it explores the history of perfumery in Paris, where terms such as eau de toilette (toilet water) were coined.

Fall for the City of Love

7. The Paris Wife by Paula McLain In the height of postwar Paris we stumble again upon the story of Hemingway, this time told from the perspective of his wife, Hadley. This novel is historical fiction, but McLain gets all the details right, including the swell and break of what Parisians call le grand amour (true love). Whether or not you get the happy ending you’re hoping for, at least you’ll always have Paris.

Get beyond translations and learn to read and speak in French with Rosetta Stone. Take the demo and try it for free.

La Chandeleur: The French Holiday All About...