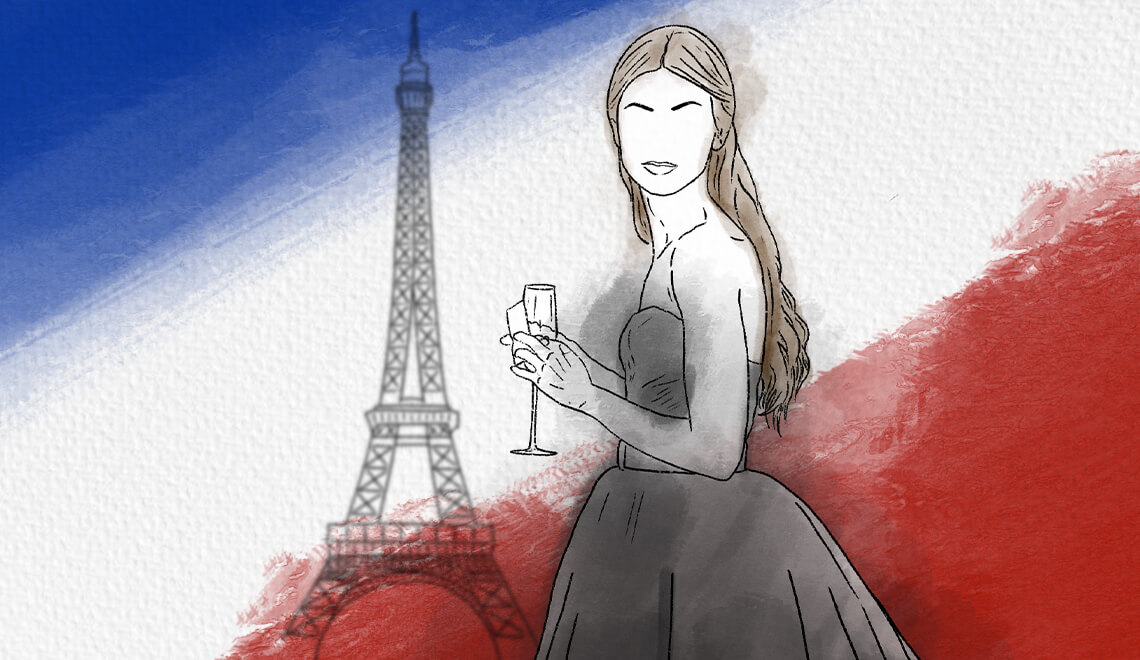 If you’ve been anywhere on the internet recently, you’ve probably heard people talking about the new Netflix series Emily in Paris. The show follows a 20-something Chicagoan named Emily, who goes to Paris after her American marketing firm acquires a French marketing firm and then sends her there to give the French firm “the American perspective.” While the show remained in the top 10 on Netflix for over three weeks, Emily in Paris wasn’t beloved by all of its watchers, specifically its French ones. Critics claimed the show portrayed outdated French stereotypes and views of Paris through rose-colored glasses that even Edith Piaf herself would consider too rosy.

But the thing is, I’ve been in Emily’s shoes. I’ve moved to France knowing nobody. I’ve worked at a school with colleagues who weren’t always friendly to the young American. I’m even dating a boy from Normandie, just like Emily’s love interest. And I get it. When you’re a foreigner abroad, it can seem like everyone is out to get you or that every stereotype will inevitably come true. It’s easy to feel misunderstood or that it’s impossible to relate to those around you.

So when I watched Emily in Paris with my French boyfriend, I heard a lot of “c’est pas possible oh là là…” (I don’t believe it) and “c’est pas vrai ça!” (That’s not true!). This outrage happened when Emily’s Parisian coworkers were smoking inside—which is actually illegal in France—or when a pretty average looking guy pees right behind Emily in plain sight. But by far, the thing that shocked Thomas the most was how quickly the characters were served alcohol after arriving at a bar or restaurant, and I’m totally with him on this one. French customer service is definitely not the same as American.

But, there were also moments where my boyfriend and I agreed things weren’t that far from the truth. For example, when I moved to France, I would always mess up writing the date, and I wouldn’t know what floor I was on most of the time, just like Emily. In France, the date is written day/month/year, not month/day/year, and the first floor in France is actually the second floor in the U.S. because, in France, it goes ground floor, first floor, second floor, and so on. Also, the instant connection Emily has with her non-French friend, Mindy, is really realistic. It’s weird to say, but when I encounter other foreigners, specifically Americans, when I’m in France, I always feel like I should say hi as if we’re related or something. When you’re on your own in a new place, it’s definitely easy to become fast friends with people like you.

But, honestly, what I found to be the most realistic was Emily’s language learning experience. Unfortunately, Emily doesn’t have a lot of time to learn French before leaving for her new job, so she does the best she can. She listens to some Rosetta Stone on the plane, and I think she might’ve listened to some Audio Companion® lessons, a feature of the Rosetta Stone app where you can listen and learn offline with downloadable lessons, on her run. Even though I had a bit of leg-up on Emily before heading to France for the first time, I still had many of the same experiences as her. So keep reading to discover seven things you can learn about learning a new language and a new culture from Emily in Paris.

1. There will be those who fit French stereotypes, but a lot of those who don’t…

Most of the kids agreed that many French people smoked, but some of the kids didn’t even know what a beret was, and only one or two had tried frog legs. And you would probably agree that most Americans enjoy at least the occasional fast food meal, but not everyone you know has a big car or is overweight. It may go without saying, but it is a good idea to try to dispel some of your stereotypes before arriving in a new country. Some stereotypes seem silly or inconsequential, but stereotyping can actually be hurtful.

2. The language classes are a must, but so is speaking with natives.

Once Emily arrives in Paris, she realizes pretty quickly that she’s going to have to get better at French before she can win over some of her French coworkers. Listening to her Rosetta Stone lessons and attending a few in-person classes are great, but Emily makes one of the biggest mistakes that language learners can make when moving to a new country: she speaks English almost all the time.

I’ll admit that it’s pretty easy to follow Emily’s footsteps. My best friends in France were almost all American or English because it’s hard to communicate with new French friends like you can with English-speaking ones. But I still made an effort to speak French with my coworkers and make a few French friends anyway. Emily does make some French friends, but they all only talk in English. Maybe next season she’ll do a little better with this one!

If you’d like to speak with natives while you learn a new language, Rosetta Stone offers Live Coaching, where you can attend virtual language lessons with a native speaker either 1-on-1,  in a small group, or in a large group.

As any language-learner would, Emily makes a few common mistakes. She struggles to pronounce the brand name De l’Heure and gets confused about why the word vagina is masculine in French. Instead of getting down on herself, Emily continues to say De l’Heure until she gets it right and even starts a successful marketing campaign based on the fact that the vagina is not always masculine.

Just like Emily, you should embrace any mistake you make and learn from it. Even certain research shows that you learn better if you make mistakes but then correct yourself while studying. It can be scary to make mistakes in front of native speakers, but you’re going to learn a language way faster by making mistakes than you will being too afraid to speak at all.

4. Listening is one of the best ways to learn how to speak French.

I know I just said you have to open your bouche and make mistakes if you want to learn a new language, but active listening is also essential. Listening to a conversation in another language can teach you about sentence structure, slang, and conversational etiquette. I have found that I tend to speak more like my boyfriend than anyone else because I’m always listening to him talk. Our brains are pretty good mimics, so you’ll be surprised what you can learn from watching a few TV shows or listening to some audio lessons in the Rosetta Stone app.

5. Language learning is an ever-evolving journey.

When Emily arrives at her new job in Paris, and her boss starts speaking to her in French, she admits that she doesn’t speak French very well. Her boss looks at her a little surprised, so Emily tells her that she listened to some Rosetta Stone on the plane but that it didn’t kick in yet. While we wish language learning was like a savings account where you could put in a one-time effort and then reap the benefits forever, learning a language is more like a debit account where you have to keep putting the time and effort in if you want to keep using it.

6. Making native friends is one of the best ways to learn more about a new culture.

I learned more about French culture living with a French family for four months than I did in one year in French class. Emily becomes friends with a French girl named Camille and gets the chance to visit Camille’s family in Champagne. By visiting Camille’s family, she gets the opportunity to eat some home cooked meals and get an immersed look at the French lifestyle.

Emily is pretty lucky to meet her French friend on the streets of Paris, but if you’re looking to make native friends, I have a few tips. Usually, the easiest way to make friends is through your work or school. If you’re not really connecting with any coworkers or classmates, try joining an organization. One of my friends met some of her French friends by joining a running club, and another met her boyfriend after attending an event on international politics. Check out local events and frequent the same bars or cafés. I became friends with one of my waiters after I got coffee almost every week at the café he worked in.

7. Moving to a new country is challenging but rewarding.

There were a lot of moments where I saw myself in Emily. She can’t find the light in the hallway in her building because the lights automatically go off, which I couldn’t understand for the longest time in my apartment building in France. She also struggled to make friends at work at first, just like I did. Emily’s social media followers got to see a more picture-perfect version of her life in France, and so did mine because nobody really talks about the hard part of being alone in a new country.

Yes, Emily in Paris had its clichés, yes there were a few cringe-y moments, but the show portrayed both the good and the bad side of moving abroad. Emily had her hardships, but she also did well in her job, fell for a cute French guy, and made some great new friends.
Overall, if you’re looking to learn about French culture, stereotypes and all, and see what it was like for an American to learn about a new language and a culture with a rom-com spin, Emily in Paris might be worth a watch.

From Russia with Love, the Cyrillic alphabet and … an Axe

This is How Thanksgiving is Celebrated Around the World

Put Off by Venice’s Crowds? Try the...