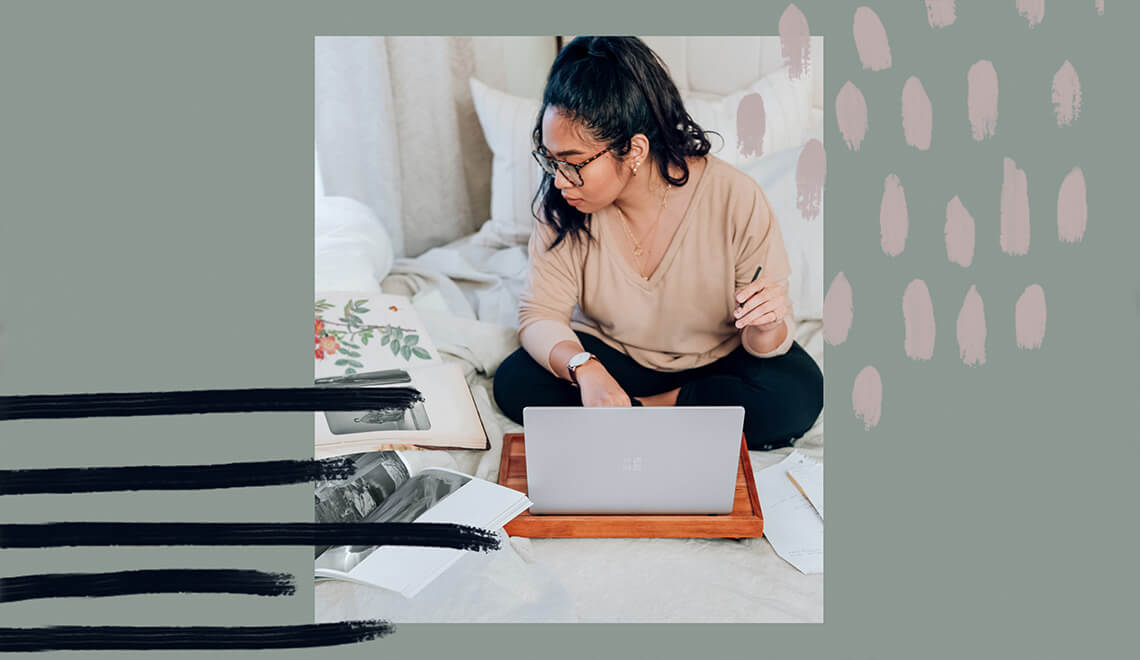 My language-learning journey started when I was about three years old when my parents put me in a Greek-American preschool. While I didn’t have much choice in the matter, many of my other experiences with foreign languages like studying abroad, being an au pair, and teaching abroad were of my own volition. If you’re reading this, you probably have some sort of affinity towards foreign languages too. So if you’re thinking of learning a new language, you’re probably wondering what you should know first. Since there have been a lot of moments I wished I had had some guidance, I’m going to share seven things I think you should know before learning a new language.

When I first started learning Spanish in middle school, I didn’t understand how grammar even worked. My teacher would write down conjugations, and I would copy them down and memorize them, but I didn’t know what it all meant. So whether you’re trying to speak like a native or just want to feel a little less lost, check out the tips I wish I had known before I started learning a new language.

1. Focus less on grammar and more on immersion

Some language experts might fight me on this one, but if your main goal is to communicate, for me, immersion has been the most helpful. To be honest, a lot of the little grammar mistakes won’t keep you from being understood for the most part. I still make grammar mistakes when speaking French, but I can still communicate fluently. While learning your French verb conjugations is important, immersing yourself in the language for a few hours can bring a broader range of benefits than just drilling grammar all night. When you immerse yourself in a film, some music, or a conversation, you’ll learn sentence structure, vocabulary, and grammar all at once. So, for me, immersion is more bang for your buck.

2. Work with a native speaker if possible

Working with a native speaker is one of the best ways to get immersed in any language. When you practice communicating with a native speaker, you can better understand their culture and their language. You’ll also get the opportunity to learn slang and speak like a local. My French level increased the most rapidly when I started dating my boyfriend because I was able to mimic native speech. If you don’t know any native speakers in your target language, Rosetta Stone offers  expert coaching where you can work through your lessons with native speakers—could be a good option.

3. Don’t be afraid of making mistakes

Being afraid of making mistakes is something that held my language level back for years. In high school, I wouldn’t speak up in class because I didn’t want to embarrass myself. Then when I moved to France, I would let my friends talk before I could because I was scared of not being understood. But being afraid of making mistakes is actually one of the biggest mistakes you can make! This is because every time you make a mistake, you learn from it. “You learn from your mistakes” might sound cliché, but researchers have found that when a person makes a mistake and then gets corrected while learning, it actually improves their memory for the right information. So if I were you, I would try to speak as much as possible and not worry about the mistakes you might be making.

4. Study from all angles

There are a lot of different ways to learn a language. When most people think of learning a language, they’re quick to download the Rosetta Stone app and then leave their studies to the coursework. While going through your Rosetta Stone lessons is essential, it’s also crucial to study from many different angles. In the Extended Learning section of the app, you’ll find stories in your target language, activities like Seek & Speak, a Phrasebook, and downloadable audio lessons. But you can also try watching movies, listening to podcasts, and listening to music. The more avenues you use to incorporate foreign language into your daily life, the more quickly you’ll be able to learn and the broader your vocabulary will be.

Being afraid of making mistakes is actually one of the biggest mistakes you can make.

Learning a language is a lot like learning an instrument. When you buy that brand new guitar, you instantly imagine yourself jamming out to your favorite songs, but as soon as you get home, you realize you’ll be “jamming” to Hot Cross Buns for a lot longer than you thought. As soon as I started learning French, I wanted to communicate like I did when I spoke English. I used to get frustrated when I couldn’t say what I wanted or speak up fast enough to join in on a conversation. Now, I wish I had just focused more on listening to what was going on around me instead of focusing on how I would speak. Learning a language will take time, but be patient with yourself and enjoy the journey for what it is.

Research shows that committing your goals to someone like an accountability partner or a mentor can increase your chance of success by 65% to 95%, depending on how serious the pair is about completing their goals. In college, I had a fantastic professor who always welcomed students warmly during her office hours. Over the years, she really became like a mentor to me, and it was her who pushed me to attend French club meetings, write poetry in French, and apply to teach English in France. If you’re trying to learn a new language, it can be beneficial to have a mentor who has been through the language-learning experience before because they can help guide you. This mentor can even come in the form of a tutor or a conversation partner. You can also try finding an accountability partner in another language learner, which can also be really helpful!

7. Focus on what interests you

When I was living in France, I tutored this 14-year-old boy who spoke better English than some of the English teachers I had encountered. He spoke casually and would hardly ever make a mistake during our 30-minute sessions. Part of the reason why he spoke so well is that his parents had made him watch movies in English since he was little, but the other part was because he was obsessed with Star Wars. Yep. He loved Star Wars so much that he had watched the movies multiple times in English, watched all the spin-offs possible, and spent a fair amount of time scrolling through Reddit feeds about the franchise. If you can learn a language through something you’re interested in, it’ll really help facilitate your learning. By focusing on subjects you enjoy, you’ll have even more reason to try to understand what you’re reading.

Now that you’re seven steps ahead of most language learners, you’ll be speaking confidently before you know it.

Everything You Need to Know for an Intercontinental Move Back to the U.S.

5 Japanese Words That Don’t Translate From...

7 Benefits of Learning a Second Language...