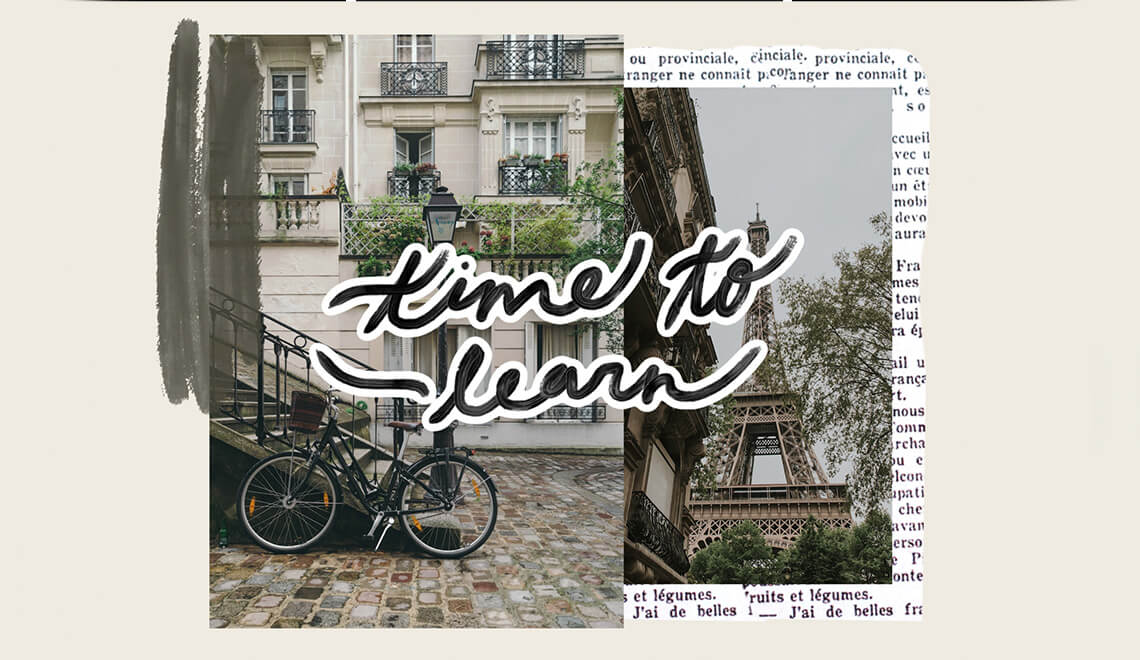 Unfortunately, there is no magic trick to learn all French conjugations because there are a lot of rules and a lot of exceptions. But no matter if you’re struggling with the conjugation of mettre or the imparfait tense, mistakes are expected from new learners. There are a ton of irregular French verbs, so don’t get down on yourself if you make a few (or a bunch) of errors. So let’s get started!

1. Always memorize your french verbs with the subject pronoun that goes along with them.

Unlike in languages like Spanish, French verbs always need to be preceded by a subject pronoun like I, you, he, she, it, we, or they. Since French verbs change depending on their subject pronoun, it’s crucial to keep the pronoun and the verb together when you’re memorizing. It may be easier just to write down the verbs, but writing down the pronouns will prevent you from making more mistakes.

2. Create a spreadsheet for your verbs

Connecting new verbs with verbs you already know can help you learn the new verbs faster. Isolated material is much harder to remember than material that is linked to something you’ve already learned. Keep a spreadsheet of regular -er, -ir, and -re verbs, as well as irregular verbs, and add new verbs to the spreadsheet every time you learn a new verb.

If the idea of making a massive spreadsheet of your verbs sounds tempting as a memorization technique, you can take it one step further and write the spreadsheet by hand instead of typing it out. When you write things down, your brain is more active than it is when you type, which can help you remember things better. Even if you decide not to make the spreadsheet, writing out your verb conjugations instead of typing them out can be a great way to retain new information.

4. Try changing up the order of the verbs when you memorize them.

When you look in a French textbook, you’ll probably see a good amount of French conjugation tables. These tables are a great visual learning tool, but they can sometimes cause learners to memorize conjugations in the same order every time. If you’re always trying to remember the verbs from je -> tu -> elle -> nous -> vous -> elles, you might forget one conjugation without saying a specific conjugation before it. Next time you’re studying, try to memorize vous -> je -> elle -> elles -> tu -> nous or in another order. This tip can help you memorize the conjugations themselves instead of their order on the table.

5. Record yourself saying your conjugations

Working with a partner is a proven way to learn anything better. Research shows that teaching is, in fact, a great way to learn. When you’re working in a team, you not only have two brains that can help each other in moments of weakness but also you can teach each other things one of you might not understand. If you’d love to work with another language learner, give our Live Coaching a try!

7. Try memorizing in the negative forms

When you memorize French verbs, you’ll usually only see them in their neutral forms. One way to get your brain a little more involved in your memorization sessions is to kick it up a notch. You can bring your memorization to the next level by drilling through your verbs in their negative forms. So, instead of saying je parle, tu parles, elle parle, etc., try saying je ne parle pas, tu ne parles pas, elle ne parle pas, etc. This trick will also help you remember your verbs better when you need to use the negative form in conversation.

Now that you’ve got these tricks and tips, we know you’re ready to go out there and totally kick-butt.

How Three Words Saved Me From Getting Lost in Greece