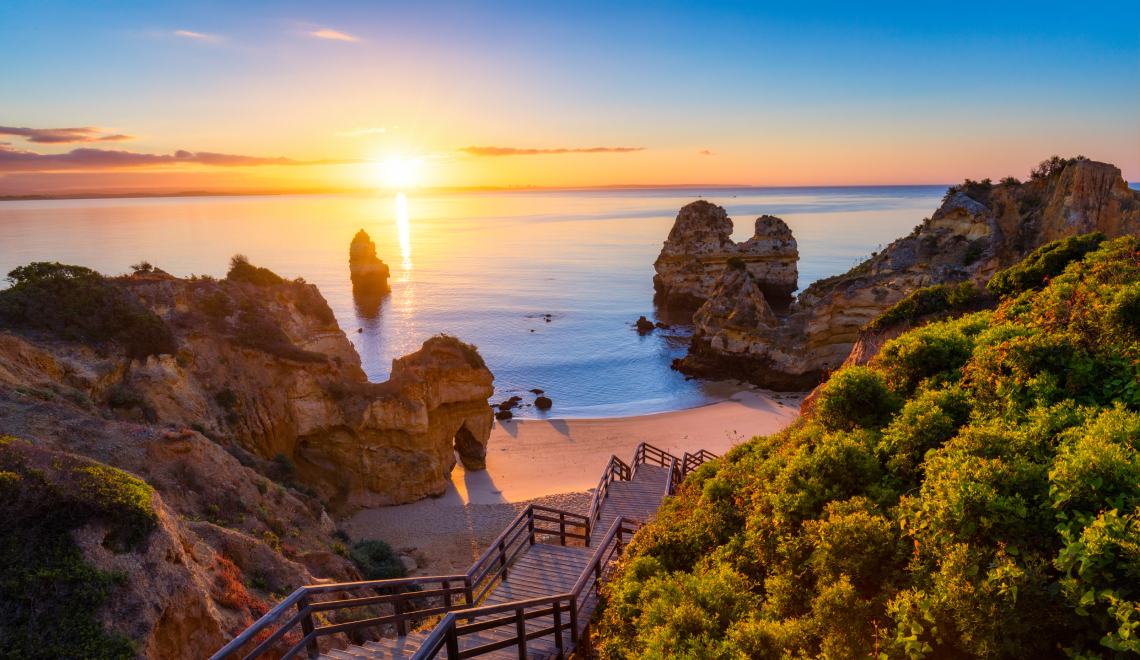 Learn the Romance languages, and you’ll make your way across Europe with ease. This family of five languages—Spanish, French, Portuguese, Italian, and Romanian—all share common roots in Latin, and the family gets its name from the Roman empire.

But after centuries of migration, these languages have spread and evolved, gaining popularity across countries and continents. In this article, we’ll take a look at three popular Romance languages—Spanish, Portuguese, and Italian—to learn more about where they’re spoken, how many people speak them, and how regional dialects have evolved.

Where is Spanish spoken?

Spanish may be named after the country of Spain, but the language itself is quite widespread. It is the official language of 20 countries, most of which span North and South America. Take a look at the Spanish-speaking countries by continent in the chart below:

How many people speak Spanish?

Spanish is one of the top five languages spoken around the world! With more than 400 million speakers, Spanish actually has more native speakers than English, and it continues to be one of the most popular languages to learn on Rosetta Stone.

Is Spanish different in Spain?

For pronunciation, those native to Spain will pronounce “z” and “c” consonants with a characteristic “th” sound (better known as a lisp) in place of the traditional “s” pronunciation.

When it comes to vocabulary, the usage of “vosotros” to address a casual group of friends or acquaintances is only used by speakers in Spain. In the Americas, Argentina’s Spanish speakers use “vos”, an abbreviated form of “vosotros” in place of tú, when addressing a friend or casual acquaintance.

Where is Portuguese spoken?

Like Spanish, Portuguese is named after its home country—Portugal—but there are far more Portuguese speakers outside of Europe. Portuguese is the official language of Brazil, where most native speakers reside.

It is also spoken in several countries in Africa, including Angola, Cabo Verde, Equatorial Guinea, Guinea-Bissau, Mozambique, and Sao Tome and Principe. The United States is home to several large communities of Portuguese speakers as well, the most notable of which include parts of Massachusetts and Rhode Island.

How many people speak Portuguese?

Portuguese is the second most spoken Romance language! Brazil is home to the largest population of Portuguese speakers, with roughly 187 million people. Speakers across Portugal, several countries in Africa, and the United States add another 19 million to the mix.

Is Portuguese different in Brazil?

In general, vowel sounds are more fully pronounced in Brazilian Portuguese, while the language in Portugal has evolved to sound more fluid. And when an “s” presents itself at the end of a word, Portuguese speakers in Europe pronounce it as an “sh.”

Brazilian Portuguese is often more open to using and incorporating modern English words such as “ketchup” and “container”, which can be helpful to beginner speakers. Portuguese in Portugal tends to stick to its Latin roots, and does not embrace loan words in the same way.

Where is Italian spoken?

Unlike Spanish and Portuguese, Italian does not have significant geographic spread. Italian is primarily spoken in Italy, but also deemed the official language of San Marino (the third smallest country in Europe) and the Vatican. It is one of four official languages in Switzerland, and it’s spoken in parts of France, Croatia, and Slovenia.

How many people speak Italian?

Italian is spoken by roughly 66 million people, the majority of whom are native speakers. It may not be the most widely spoken Romance language, but it is incredibly useful for those looking to tap into Italian culture and notable industries across Europe.

Is Italian different in Switzerland?

Because the population of people who speak Italian is so localized, there is little variation between the Italian you’ll hear in Italy and the Italian you’ll hear in Switzerland. However, Italian does have a variety of distinct dialects across Italy, including dialects regional to Northern Italy, northeastern Italy, Tuscany, and southern/eastern Italy.

How to learn a Romance language

Romance languages are often tied to their birthplaces in Europe, but it’s important to note how much they’ve spread and evolved over time. Regional dialects make learning one of these languages all the more enticing, providing new opportunities to learn and deepen connections with local communities!

What to do When You Forget a Word in Another Language

How Rosetta Stone is Helping Indigenous Communities Reclaim Their Languages

The 7 Best Languages to Learn for...

Speaking of German: How to Be More...

5 Ways I Connected With My Polish...