An Important Bastille Day Tradition Was Canceled. Here’s Why. 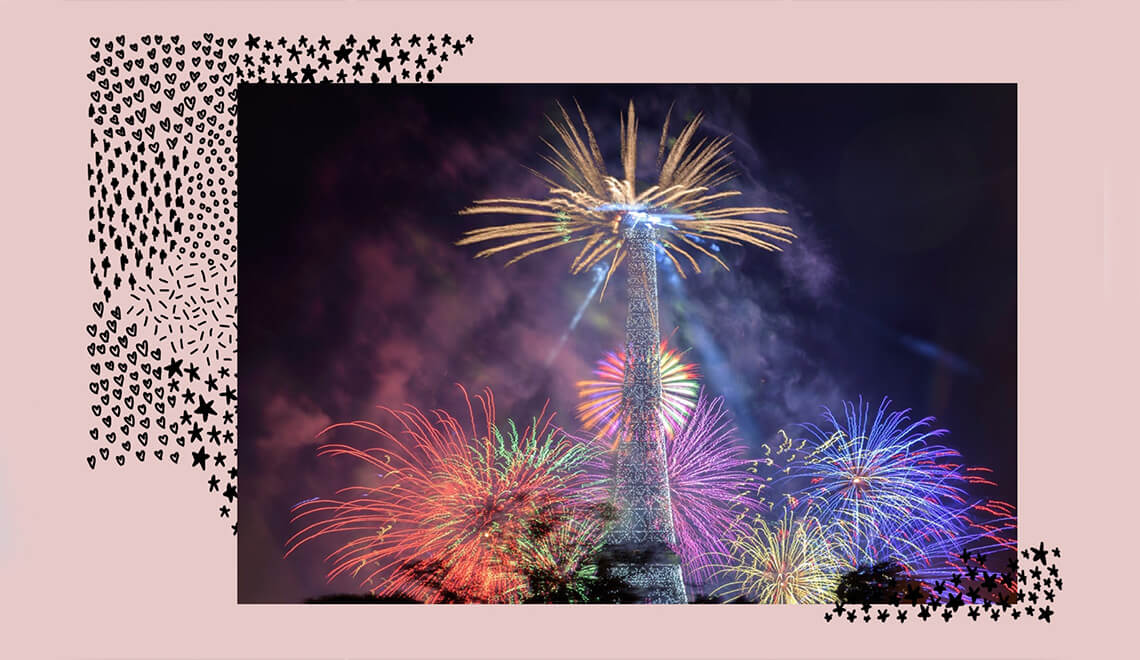 Bastille Day is a national holiday in France that celebrates the anniversary of the storming of the Bastille, the event which started the French revolution. So each year on July 14th the French celebrate their country and its history with parades, fireworks, and time spent with family and friends. This year one of the biggest Bastille Day traditions isn’t happening: le défilé militaire, or the military parade. But before we talk about why that is, let’s rewind for a minute.

The History of Bastille Day

The Bastille was built as a fortress in the Middle Ages during the 1370s and 1380s, and then in the 17th and 18th centuries the fortress was used as a state prison. The Bastille was originally just a fortified gate, but the openings were eventually closed up to create a bastide, or fortification. (The name Bastille is actually a corruption of the word bastide.) The change to the fortified gate was made in order to protect the wall around Paris against the attacks of the English.

Though we associate Bastille Day with the anniversary of the storming of the Bastille itself, the celebration was actually created to honor the one year anniversary of what the falling of the Bastille represented: the beginning of the revolution. This might be why the French call Bastille Day le 14 juillet or la fête nationale, and not le jour de la Bastille. To them the day is more closely associated with being a celebration of their country and its accomplishments than simply the fall of the Bastille. After just one year of celebration held in 1790, the holiday was then banned for 90 years. It finally returned in 1880 when it replaced August 25th, which was created to celebrate King St. Louis, as the official French holiday.

Once the celebration returned in 1880 the French started to celebrate in a very similar way to how they do today, but perhaps one of the most important traditions created this year was the military parade. The parade is the oldest military parade in Europe, and one of the oldest in the world. It celebrates the different branches of the military, and shows off the French planes, tanks, and other military technology to the rest of the world. The parade has been held every year on the morning of July 14th for more than one hundred years with just a few exceptions, like during the two World Wars.

Why there’s no Bastille Day parade this year

This year the parade won’t be happening either, and it’ll be the first time since World War II. On June 4th, the president of France, Emmanuel Macron, announced his decision to cancel the parade “considering the exceptional situation currently in [their] country,” reported Le Monde. He added that the cancellation was also due to the “the state of uncertainty that remains when it comes to the development of the COVID-19 pandemic over the next few weeks.” The parade, which usually marches down the Champs Elysée, will be replaced by a small military ceremony at la place de la Concorde with just 2,000 participants instead of the 4,300 in 2019. In addition, the public will be forbidden from attending the ceremony, though there were 2,500 guests invited.

Even though there will be a celebration, it won’t be as eventful as past parades. In 2019 there were 200 military vehicles that made their way through the parade and a number of aircraft, but due to the intense preparation and logistics necessary, this popular part of the parade won’t be as exciting. Despite the changes to the tradition, the Minister of Armed Forces, Florence Parly, wanted to remind the French that “ce n’est pas une annulation mais une adaptation,” or it’s not a cancellation, but an adaptation.

What to do instead

The French will still be able to watch the ceremony on television, and celebrate with other well-loved traditions. With the national restriction on gatherings larger than 5,000 people, some bigger events have been canceled, but there will still be some smaller events like firework shows. There are also some social distancing approved traditions like lighting paper lanterns on the night of July 13th and some outdoor games like pétanque. In general the French keep their celebrations pretty low-key and use their day off to spend time with friends and family, enjoy a picnic or un barbecue.

If you want to celebrate with the French this year, you can try to learn the French national anthem, la Marseillaise, or try your hand at some of our favorite French recipes.

Warming Spices for a Worldly Kitchen This...