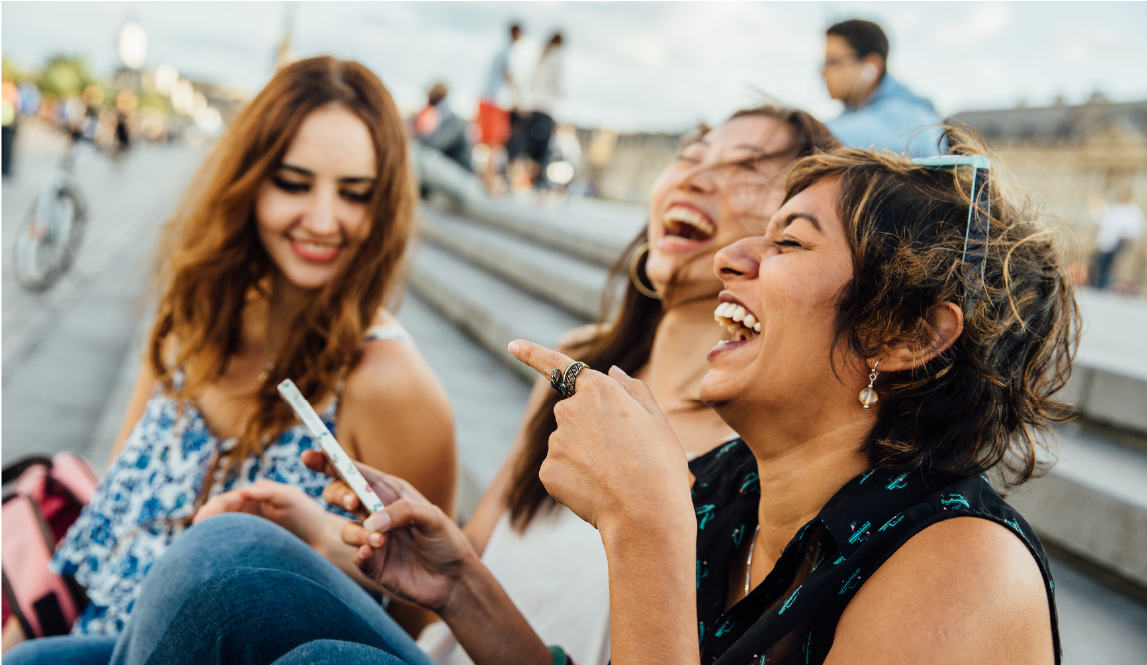 Language is not all about words—our body language also plays a very important role in how we communicate with others.

Body language is made up of facial expressions, gestures, posture, and other non-verbal cues that convey a lot of meaning, either consciously or subconsciously.

The good news is, many aspects of body language are common across cultures, and you’ll be able to understand many of these non-verbal cues instinctively. However, some expressions and gestures are culturally specific, and are very worthwhile to learn!

While you’re learning a new language, it’s important to also find out a bit about the body language commonly used alongside it. Let’s take a look at:

Overall, it’s helpful to understand which facial expressions are most prevalent. For example, in Japan, it’s not quite as common to smile or frown as it is in the United States. Instead of expressing emotions with the eyebrows and mouth, the eyes play a more important role in nonverbal communication.

So if you’re in Japan, and you flash a smile at everyone who passes by but don’t see any in return, this could be why. It’s important to have this cultural context so you can adjust your expected baseline for interactions accordingly.

Across the globe, there’s a wide variety of gestures used to enhance communication. A great place to start learning these is with common greeting gestures for the language you’re learning. For example, the handshake is a popular way to say hello in many countries. However, in France, la bise—or an exchange of kisses on the cheek—is a more traditional greeting used for family, friends, and colleagues.

In Japan, bowing is the primary way to greet someone in-person, whether you’ve met them before or not. The bow indicates respect, and it’s typical to bow to about a 45 degree angle.

After common greetings, it’s helpful to learn about a few additional everyday gestures. For example, how do people typically indicate a positive reaction? Do they use a “thumbs up”? The “thumbs up” gesture can actually be offensive in some areas, such as Australia and Greece, so it’s good to be aware of these cultural differences before you begin using any gestures.

Finally, there are often very specific gestures that may be used during a conversation. For example, when French people want to show that they’ve “had it up to here,” they move their hand over their head from front to back. In the U.S., a similar gesture is used to show that something “went right over our head,” so it’s helpful to know that there’s a different connotation.

These types of gestures are more advanced, so don’t feel like you need to learn them all right away. If you encounter them, try to use context clues to figure out what you think the intended meaning is.

So, what’s the best way to learn more about body language?

If you’re learning a new language on your own, a great way is to watch movies, TV shows, and news channels from that country. While you’re watching, pay close attention to the body language that’s used.

If you have a language exchange partner, or a native speaker who can help you practice your new language, then they’re a great resource to learn from. You can observe the expressions and gestures they tend to use, and ask them directly for more detail about what’s most common.

Whether you’re observing the screen or asking your partner, here’s a basic list of what to try and learn more about:

Putting it into practice

Once you’ve learned more, try to pair these body language basics with your new language skills. The key isn’t to be perfect right off the bat—remember that a little effort can go a long way!

The more you observe media in your new language, or practice conversing with native speakers, the more you’ll pick up. Before long, common facial expressions and gestures will be second nature!

What Can You Learn with Just a Single Rosetta Stone Lesson?

How to Stay Motivated for Every Language Lesson

3 Ways to Work Exercise Into Your...