Home Advice Can You Learn a Language While Sleeping?
Advice 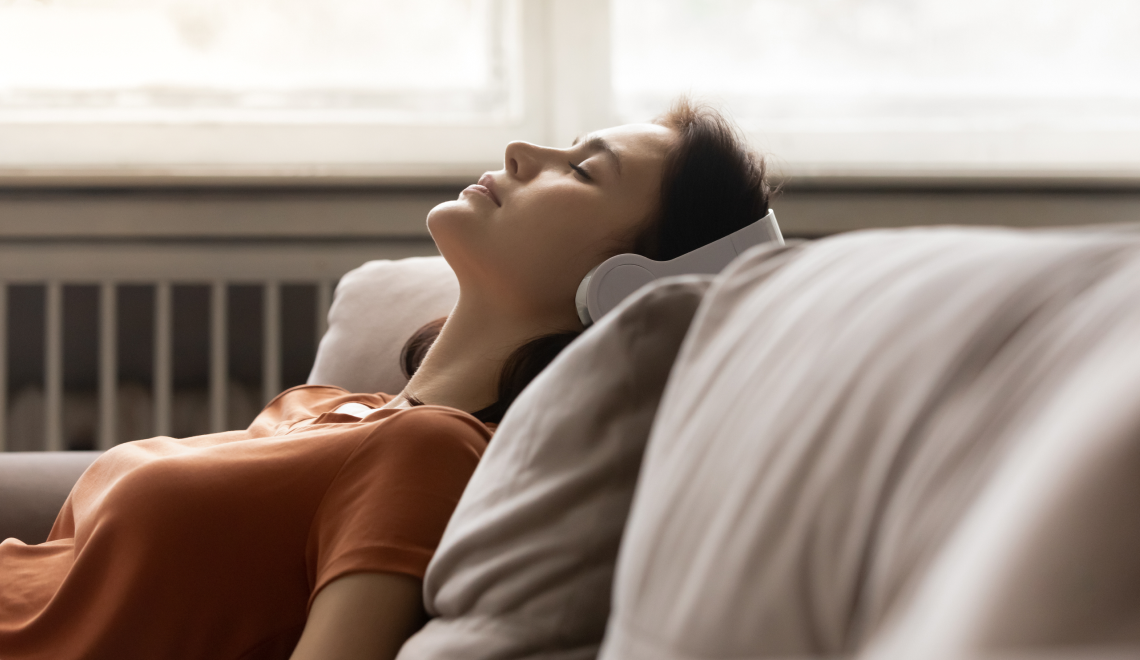 Learning a language while you sleep is an enticing idea. After all, who wouldn’t want to slap on some headphones, take a long nap, and wake up able to speak Mandarin? It also seems like an idea that’s too good to be true. Is sleep-learning really possible?

The answer isn’t a simple yes or no. While there’s some evidence that you can learn a language in your sleep, it’s full of caveats and exceptions. Read on to find out the reality of sleep-learning and decide for yourself whether the benefits outweigh the effort.

A 2019 study found that subjects who listened to recordings of word pairs while sleeping could form associations between those words. The researchers played audio for the slumbering participants that would associate a real word (such as “house”) with a made-up word (such as “tofer”).

When the subjects were awake, those recordings seemed to have an effect on their choices during a word association game. For example, the subjects might implicitly know that a “tofer” is bigger than a “miljub” (a made-up word for brush) without knowing exactly what those made-up terms mean.

This study showed that people could possibly reinforce new languages they’re learning while asleep, but with some key limitations.

First, subjects could only remember associations made during very specific periods of sleep: the half-second long peaks within a sleep phase called slow wave sleep. So, the timing required to learn while sleeping is critical and very particular.

Second, this study showed people may be able to aid vocabulary learning in their sleep, but picking up a new language involves much more than that. More complex parts of a language, such as grammar and conjugation rules, are out of reach, so it’s probably not possible to learn an entire new language this way.

Additionally, in an interview one of the researchers stressed that this is not a shortcut to learning a new language, and this idea has only been tested in clinical conditions with sophisticated equipment. Even if it’s possible, it may not be practical.

How to learn a language in your sleep

Though you may not be able to learn a whole new language while you sleep, you may be able to help your brain remember language lessons better.

Rebecca Crowley, a research associate at Royal Holloway, University of London who studies sleep and language learning, says it may be possible to ‘bias’ your memory for language lessons you had while awake by listening to recordings while you sleep.

Sleep is when people consolidate memories, which integrates them into memories we already have and helps us remember them in the long-term. During sleep, neurons in your brain associated with memories refire, kind of replaying the memory. By listening to information you recently learned while you sleep, you can make the replay process favor that information more and strengthen your memory of it.

If you decide to try supplementing your language learning by listening to recordings while you sleep, Crowley recommends choosing recordings of material you’re familiar with. Ideally they will be a few hours long to make sure you hear them while your brain is most receptive during slow wave sleep. She also advises putting a half-hour delay on the start of the recordings and playing them over a speaker instead of headphones so they don’t interfere with you going to sleep.

Finally, she warns that making your memory favor language information may cause you to have a harder time remembering other new information. If your brain is replaying your language learning memories more often, it will have less of a chance to replay non-language memories.

Good sleep is important for memory

If that sounds like a lot to go through just for a potential memory boost, there’s a simpler sleep hack that can have a huge impact on your language learning efforts: Make sure you get enough rest.

Making sure you sleep well will make it easier for you to learn a new language. Plus, good sleep comes with a host of other benefits, including reducing stress, keeping you physically healthy, and helping you make good decisions.

In fact, if you try to learn a language in your sleep, but you find the recordings are actually waking you up and making you sleep worse, they’re probably doing you more harm than good.

A good night’s sleep combined with a conscious, active effort to learn a language will help you make progress faster than any kind of sleep-learning. You can speed up the process even more by using a language program, like Rosetta Stone. It uses a method called Dynamic Immersion to tap into your natural language learning abilities, making sure your new language sticks with you so you can quickly start speaking it with confidence.

When you have a method that works well, you don’t need shortcuts. Learn more about Rosetta Stone and start your language journey now at www.rosettastone.com.

What All Those Numbers and Letters on...

What Is the Hardest Language to Learn...