Home Advice Can You Learn Two Languages at Once? (Yes!)
Advice 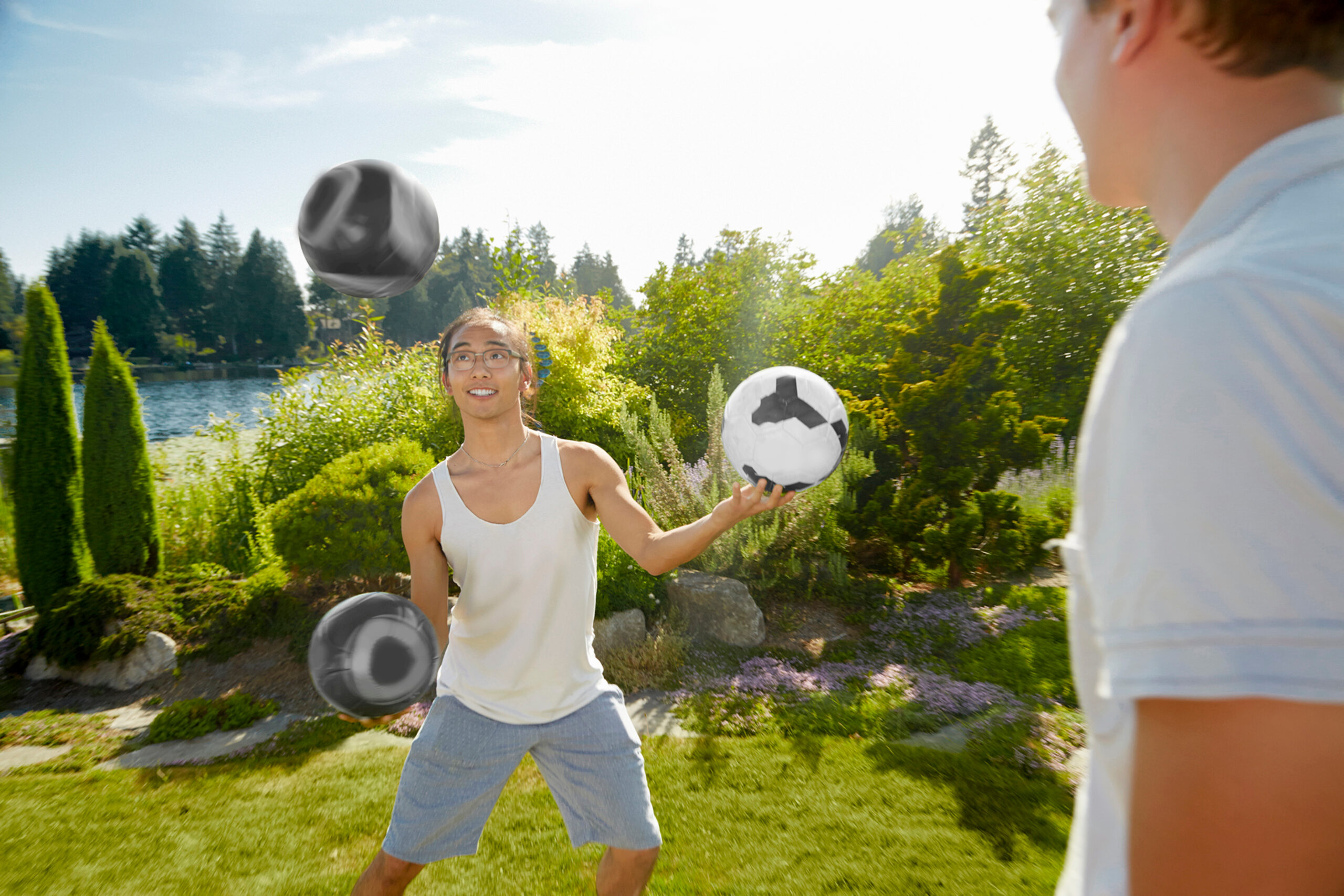 Are you currently learning a second language and thinking about adding a third language to the mix? Or do you just want to learn two new languages simultaneously to save time?

On the surface, the idea seems like a smart language learning hack: Learn more languages faster. But can you actually learn more than one language at the same time?

The short answer is yes—it is possible to learn two languages at once. But just because you can give 200% doesn’t always mean you should.

Read on to discover the reality of learning two languages at a time to decide if you want to take on the challenge. And if reality doesn’t scare you away, we’ll share five important tips for learning multiple languages at once.

Is learning two languages at once good or bad?

What does the science say about learning multiple languages at the same time—is it a good or bad idea? While there haven’t been enough studies to provide a conclusive answer to this question, here’s what the most recent data shows.

A 2020 study followed the language learning journey of two different classes of Chinese students. One group studied only English and the other group studied English and Russian simultaneously. The researchers gave monthly written tests to both groups of students to determine their English levels.

After one academic year, they found no significant difference in English writing abilities between the two groups of students. Students who studied both English and Russian did not learn slower than English-only students.

The results suggest that learning two languages at once does not hinder language proficiency, but with a few limitations.

First, the students studying both Russian and English had higher score variability during the early months—their scores fluctuated more. This could mean that learning two languages together can cause instability in one language during the early stages. While this is unfortunate for multi-language learners who have a tight deadline, it’s good news for those who are in for the long run.

Additionally, the researchers did not dive into the Russian knowledge of those who learned both languages. We know that studying Russian at the same time did not affect their English knowledge. But what about their Russian progress? Could the students have been more motivated to learn English because they knew they were being tested?

So, until more researchers expand on this topic, we don’t know if learning two languages at once is definitively good or bad for acquiring both languages. But we do know that at the very least, you’ll still be able to learn one new language.

1. Choose languages that are different from each other

At first, it might sound like a good idea to learn two languages that are similar to each other at the same time. If the two share a lot of the same vocabulary, isn’t it just like learning one language? If you were only learning one new language, learning a language similar to your native language would be the easiest.

On the other hand, studying two new languages that are closely related simultaneously can increase your chances of getting the two mixed up. Think about it: Identical twins are much more likely to pull off a successful switcharoo than fraternal twins.

So if you have a choice, try pairing languages that are from different language families. If you’re already learning Spanish, we recommend putting Portuguese on hold and going with Chinese instead.

2. Make time for both languages daily

We hate to be the bearer of bad news, but learning multiple languages at once is not the time-saving trick you might think it is. How long it takes to learn two languages simultaneously will depend on your language learning goals and how much time you put into practicing each language.

If you want to achieve fluency in two languages, it’s important to spend time practicing both languages every day. For example, you can devote 30 minutes every morning to one and 30 minutes every evening to the other. The key is to be realistic and create a routine that works for you.

3. Build a strong foundation in one language first

If you’re hesitant about diving directly into the deep end to learn two languages at once, you can start by learning the basics of one language until you’re comfortable adding a second language. Much like juggling, it’ll be easier to add in a second ball after you’re confident with juggling one.

And if during this time you find language learning to be more of a challenge than you anticipated, it might be a good idea to focus on only learning one language rather than two at the same time. Plus, studies have shown that bilingualism has a positive effect on acquiring a third language. This means learning a third language will be easier for you after you’re fluent in two.

4. Immerse yourself in your new languages

No matter how many languages you’re learning simultaneously, the most effective way to learn is to surround yourself with your new languages. Unlike other learning methods that rely on memorization, language immersion taps into your brain’s innate ability to absorb new information through picking up patterns and context clues in real-life situations.

To find immersive learning environments, you can travel abroad or join conversation clubs to chat with native speakers. Rosetta Stone’s Dynamic Immersion approach also allows you to easily immerse yourself in language learning whenever and wherever you are. You’ll be reading, listening, and even speaking in your new language from the very first lesson.

When you’re ready, consider cutting out the middleman and using one language to practice the other. For example, watch a Chinese movie with Spanish subtitles instead of English subtitles. This not only helps you see what your language weaknesses are but also helps you get in the habit of practicing your target languages instead of falling back to your native language.

Learning two languages at the same time is possible

While it might take more time, effort, and creativity to learn more than one language at once, it is doable. And with Rosetta Stone’s unlimited language subscription, learning multiple languages at a time has never been more convenient! Choose from 25 languages and start your language learning journey today at www.rosettastone.com.

Lost with Locals: On the Go with...

How To Say Goodbye in 22 Different...