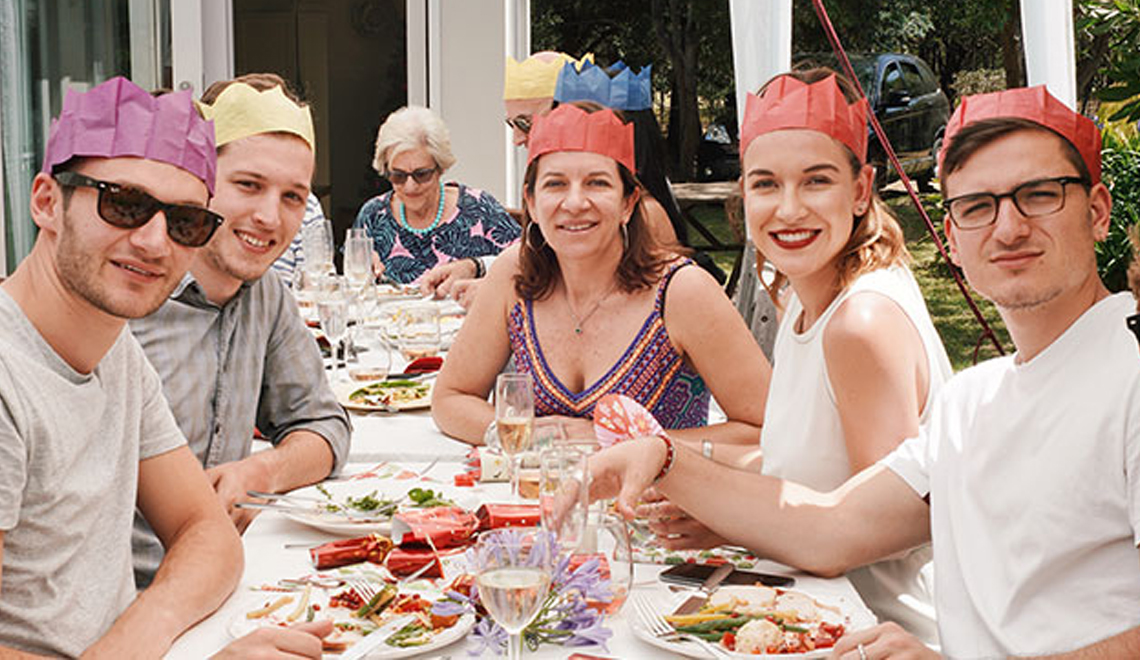 It’s that time of year. Wherever you look, across the globe, something is in the air. Maybe it’s the lights that brighten our otherwise-familiar streets or the sound of the cheerful music that can’t help but bring a neighborly smile to our face. We call it the “holiday spirit,” but what does that really mean? I don’t think it’s possible to reduce it to words. It’s a feeling, an ideal, and its magic is found in our individual interpretations. My own feelings of the holiday spirit involve two very different experiences.

Growing up in Miami with my family divided between Madrid and Melbourne wasn’t easy, but the holidays meant we would be reunited again. Each year my parents would swap between the two cities for the holidays and my most cherished memories come from these visits. Maybe that’s why December is my favorite month. I feel the holiday spirit right from the very first day and I know that whether it’s Madrid or Melbourne this year, I’m going home.

Madrid, my birthplace and home to my father’s side of the family, is extra-special at Christmastime. I close my eyes and I can see La Gran Vía lit up in all its glory and the Christmas markets that pop up around the city. I feel the crisp chill in the air. If I’m lucky, it’s snowing. I remember the first time I ever saw snow—my brother and I burst through our grandparents’ front door and danced in the street. I don’t even think we even grabbed our coats.

And then there’s the food! I can almost taste the churros and chocolate that my cousins and I would eat every Christmas Eve sitting by the fireplace, and a leg of jamón serrano taunting me at the entrance to the kitchen. Every year at the beginning of December my dad buys a jamón. Throughout the month we nibble away, sneaking in bites each time we pass it. By Christmastime it’s halfway gone, but our appetite for it endures. This time of year in Madrid is magical, and it doesn’t end then. 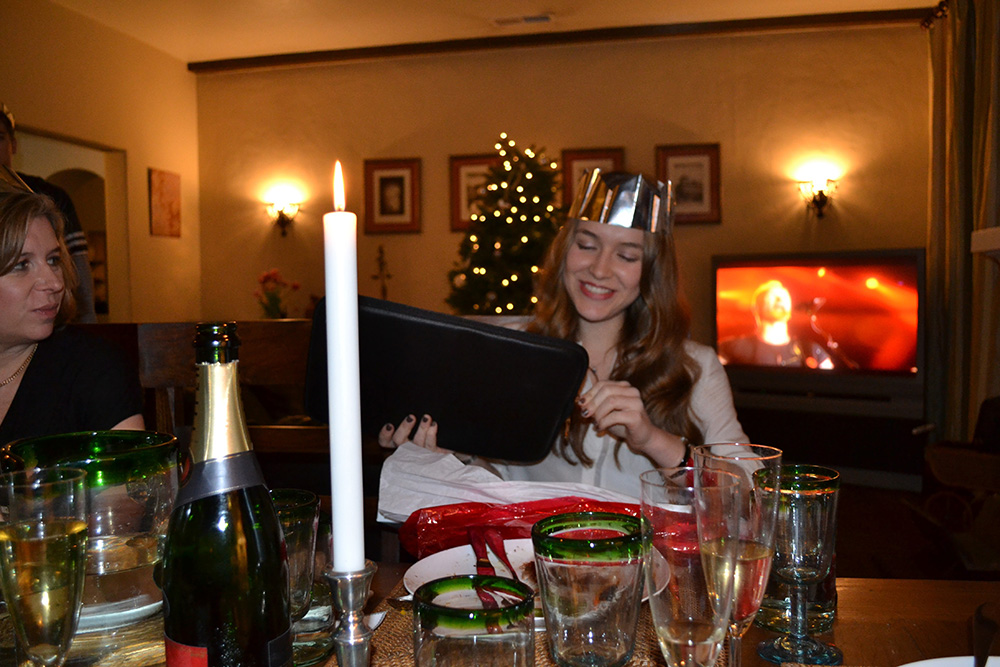 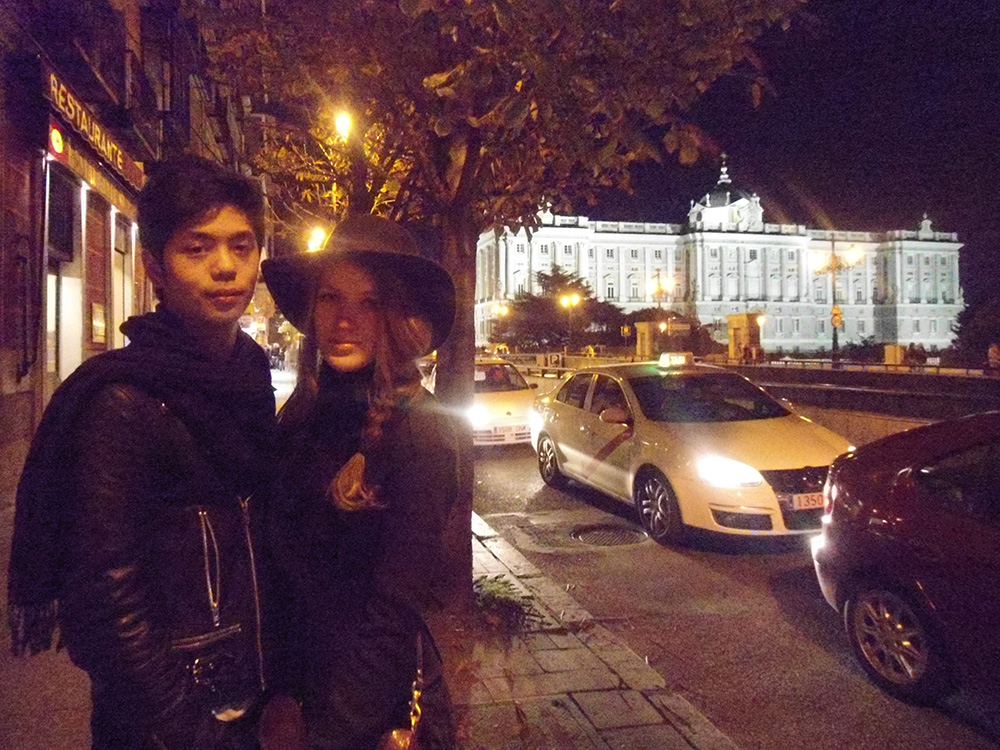 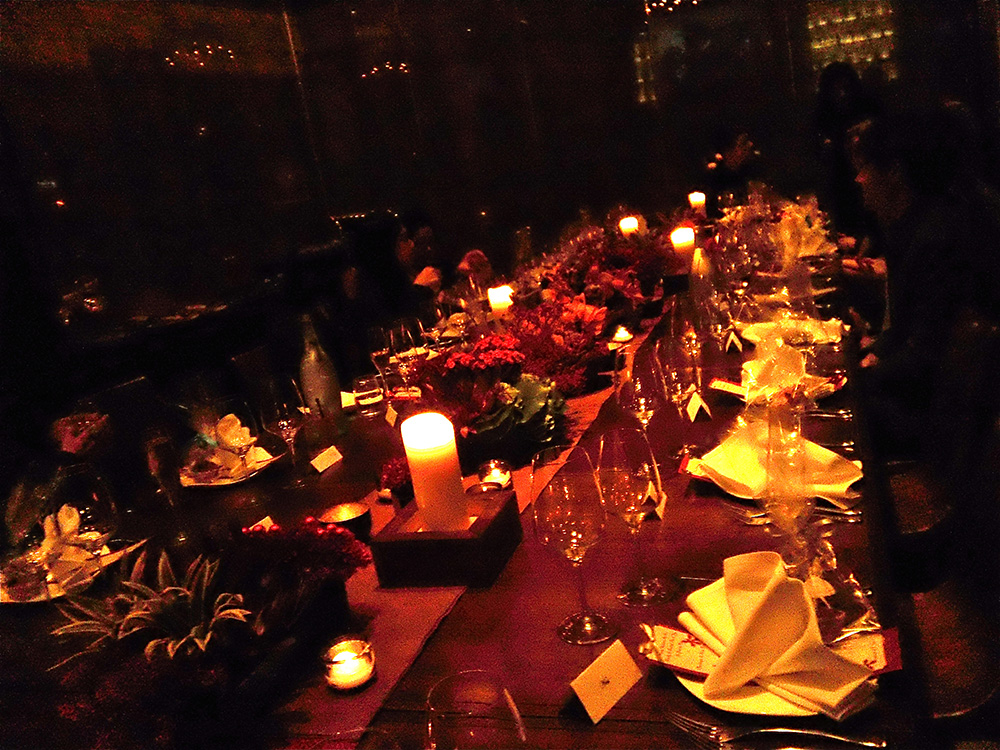 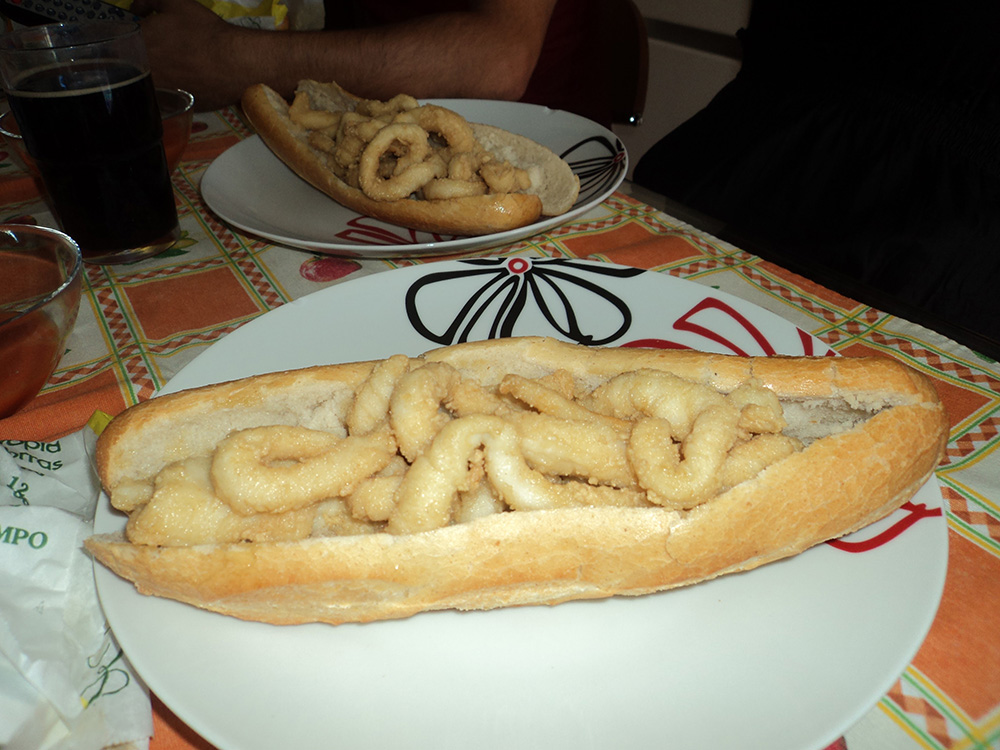 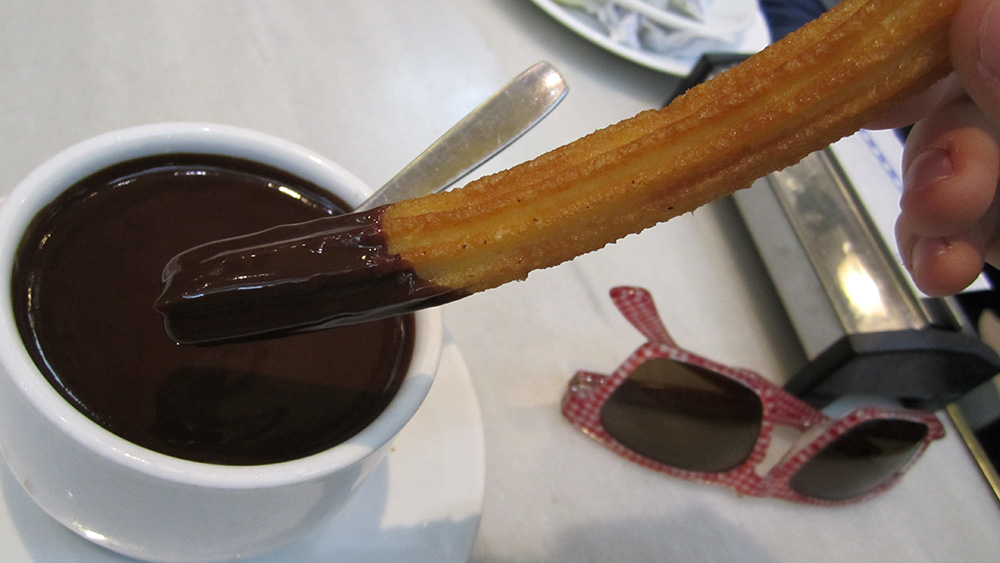 The holiday spirit continues until January 6th, el Día de los Reyes Magos, when our “Santa Claus” comes in the form of one of the Three Kings. While many people around the world are thrust back into reality just about as soon as the clock strikes midnight on New Year’s Eve, Spaniards still have another week of fantastical escape. New Year’s Eve itself has its own unique tradition in Spain where we count down by eating 12 uvas (grapes) every second for the last 12 seconds of the year. Eating 12 grapes in 12 seconds is no easy feat, but for the talented (or crazy) few who make it through, 12 prosperous months lie ahead. Warning: this is not for the faint of heart.

My joyful memories of the holidays in Spain are shared with those in Melbourne, Australia, where the other half of my family lives. But these memories are warm—literally. December in Australia is summertime and the holidays are spent at our family home at the beach. When we were kids, my cousins and I would sleep in beds on the verandah (porch) and wake up to the sounds of the waves and the seagulls ready for breakfast. On Christmas Eve we would leave cookies and milk for Santa to snack on when he came down the chimney, then head to our outdoor beds, where we’d leave an empty pillowcase at the end of our beds, in the hopes that it would be filled with presents by morning.

Christmas Day here has its own traditions that go back long before I was born. Every year the entire extended family comes over for a huge lunch: a typical British Christmas meal (as part of the Commonwealth, Australians have adopted many British traditions). The main course is always turkey with gravy, but with an Aussie twist of fresh salads, our world-famous local mussels, and refreshing appetizers to fight the heat. Dessert is a meal that has been in the works for months! Normally around the end of the August, my great grandmother would begin preparing the annual plum pudding by preserving the medley of fruits that would be combined to make the cake. (Don’t worry, the extremely high alcohol content prevents the fruit from spoiling.) Then on the 25th of December even more brandy is poured over it and it is lit on fire and paraded through the dining room. This extravagant but wildly unsatisfying dessert for a child is salvaged by the very old coins hidden in every slice. I’d enthusiastically rummage through my piece for extra pocket money and leave the rest on my plate.

Perhaps even more traumatic than a preserved cake is the annual ocean swim race coordinated by my uncle immediately following the meal. His enthusiasm for this tradition persists even as we’ve gotten older and the number of participants willing to participate has increasingly declined. Race or not, the day always ends at the beach, in our special little spot on the sand. The same spot that we’ve been going to for over five generations. To passersby, it may not seem like much, but to us, it’s everything. 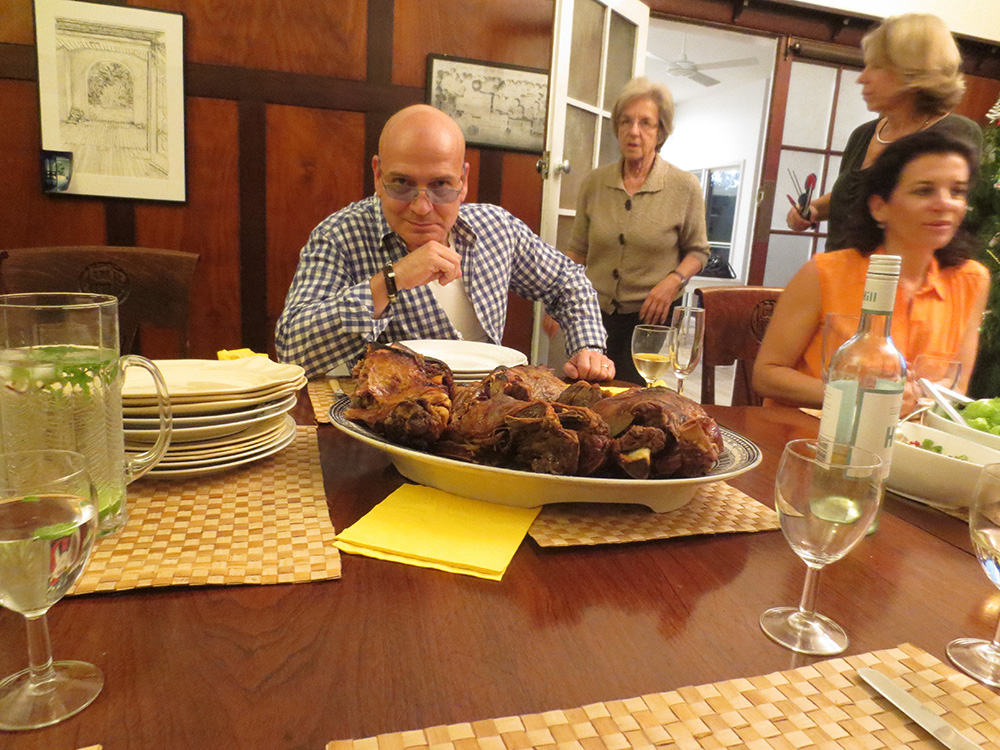 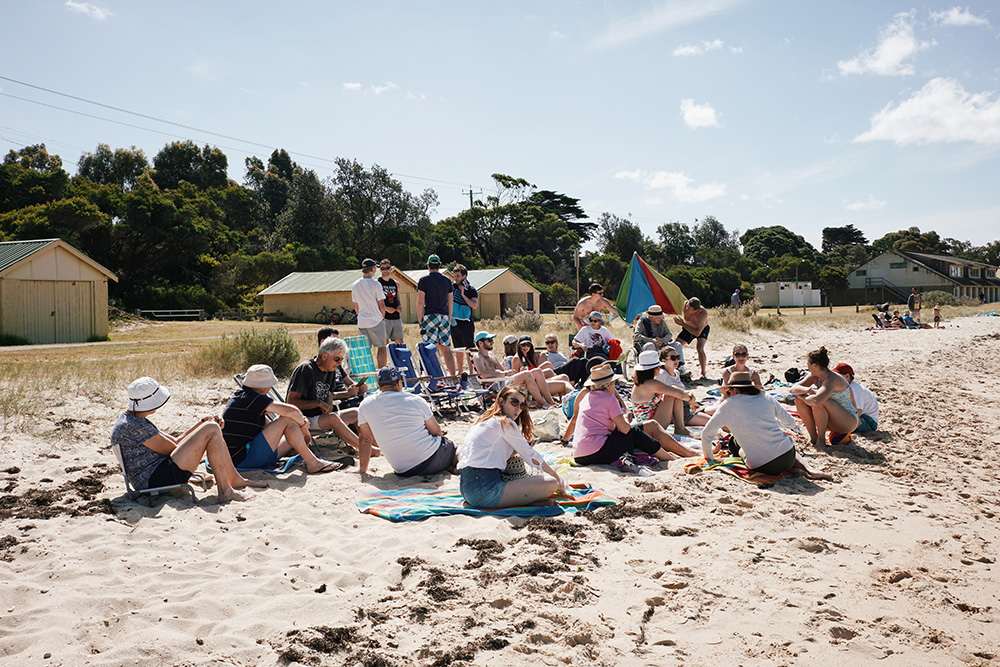 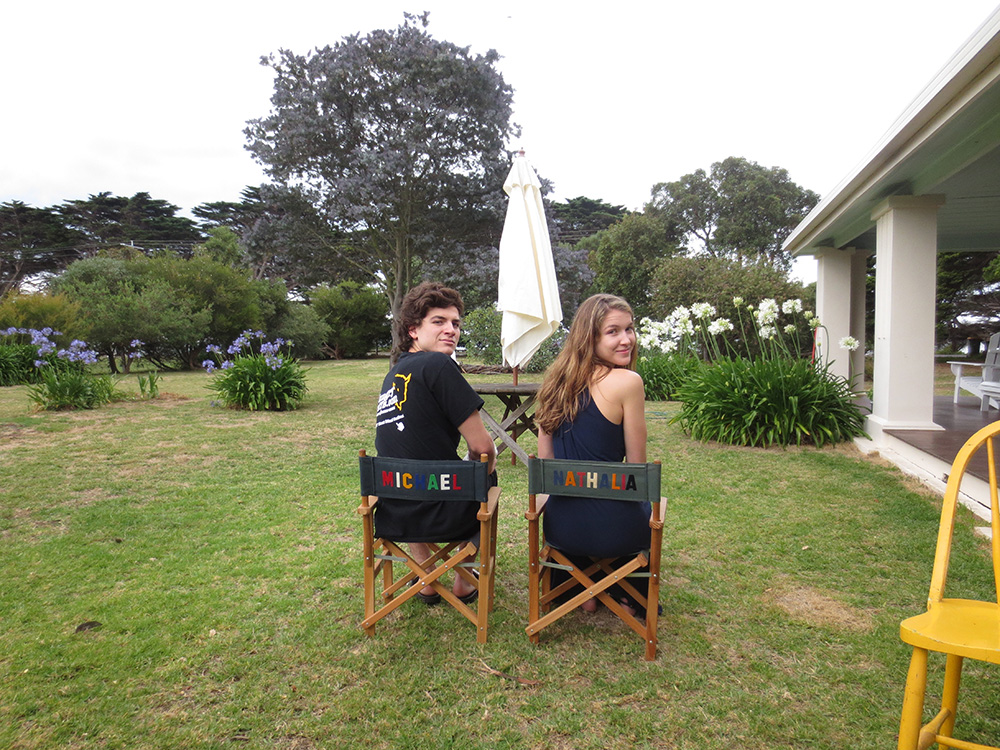 When I think of the “holiday spirit,” family is the first thing that comes to mind and I’m sure that many of you would say the same. As I’ve gotten older, I’ve realized that it doesn’t matter where we are, what language we are speaking, what holidays we are celebrating and how we celebrate them. What matters is who we choose to celebrate them with. That’s the holiday spirit.

How to Ring in the New Year in 20 Languages