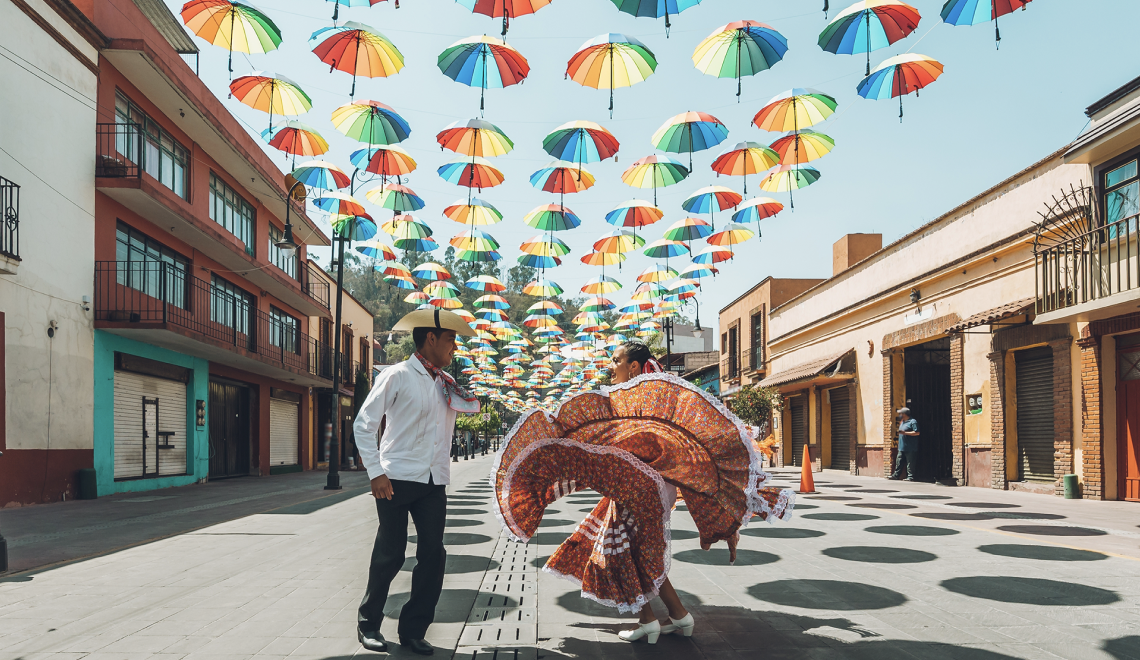 Knowing the colors in Spanish is an important step in mastering conversational Spanish. Colors are necessary for communication and expression—whether you’re complimenting someone’s eyes, asking your hairstylist about hair dye, or describing the dog you saw on your morning walk.

Ready to add some color to your Spanish knowledge? Let’s get started.

Spanish is a colorful language, but naming every single color visible to the eye would be impractical. Instead, we’ve narrowed down the list to 15 common colors in Spanish that are essential to know.

While our list of colors isn’t exhaustive, you can easily add more Spanish color vocabulary to your repertoire by picking up a few adjectives. Knowing how to talk about different colors with a variety of tones and shades will easily make your Spanish conversations more colorful!

Here is a list of handy Spanish adjectives and phrases you can use to describe colors in more detail.

When using these adjectives to modify a color, they follow the name of the color.

How to use Spanish colors in sentences

Before you start using the color words in your conversations, here are a few important Spanish grammar rules to know.

Colors are adjectives when they’re used to describe nouns. Like most adjectives in Spanish, the color words go after the noun that they modify. The correct structure for using color words in sentences is: “el/la + (noun) + (color).”

2. Gender and number agreement for colors

In Spanish, adjectives must agree with the gender and number of the noun they describe. Colors are no exception!

Any color that ends in “o” in Spanish changes its ending to match the gender of the noun.

For example, blanco changes to blanca when describing a feminine noun.

On the other hand, colors that don’t end in “o” won’t change their spelling. For example, gris is used for both masculine and feminine nouns.

Blanco ends in a vowel, so add “s” at the end to match plural nouns.

To make gris plural, add “es” to the ending.

3. Colors with adjectives are always masculine and singular

One exception to the previous rule is when you use color modifiers in Spanish. When the color is modified by another adjective, there is no need to change the ending to match the gender. No matter what the number and gender of the noun is, the color words will always be masculine and singular.

Another way to describe the color of a noun is by using the following structure: “ser/estar + de color + (color).”  With this sentence structure, you don’t have to worry about matching the color to the number and gender of the noun. You’ll always use the masculine singular form to match “el color”.

5. Colors as nouns are always masculine

When using color words as nouns, they’re always masculine and should be preceded by the masculine articles el or los.

Colors in Spanish for describing people

In English, you can use the word “brown” to describe both someone’s hair and eye colors. In Spanish, however, there are specific words for describing the colors of people’s physical characteristics. Use the following vocabulary to talk about people’s hair, skin, and eye colors in Spanish.

To express that someone’s body part is a certain color, use the structure: “tener + (article) + body part + (color).” Make sure that the color matches the number and gender of the noun!

Paint your world with Spanish

Now that you have a wide range of Spanish color vocabulary under your belt, your conversations are about to be a lot more colorful! But if you want to deepen your understanding beyond just the basics, Rosetta Stone can help you take your language skills to the next level.

With Rosetta Stone’s unique immersion approach, you’ll learn Spanish naturally and effectively with real-world conversations, practical topics, and audio guidance from native speakers. Plus, each lesson only takes 10 minutes and can be completed on the go with the Rosetta Stone app. Visit rosettastone.com to start learning Spanish today!

6 Easiest Ways to Say “How Are You” in French

The Hardest Languages to Learn for English...