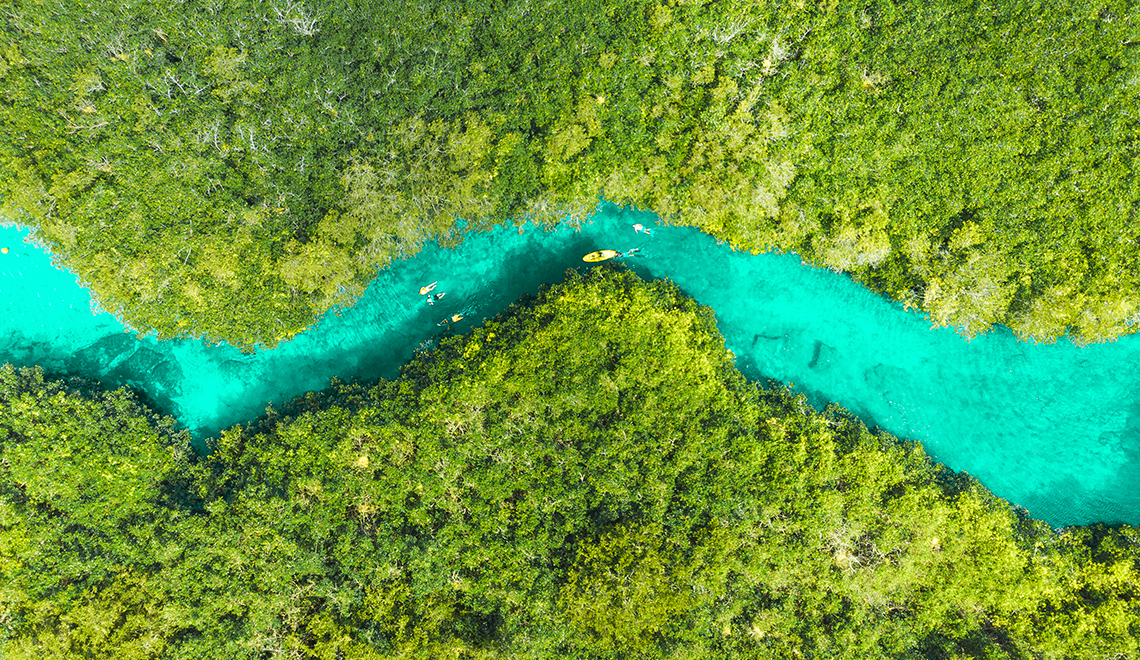 Personality types and astrology signs are in, but we’re here to make the case for learning styles. Are you a visual or auditory learner? Do you remember information better when you read a book or take notes? Or maybe you’re kinesthetic, meaning you learn through hands-on experience?

Whatever your learning style is, researchers and language teachers agree that the best language learning method is actually a fusion of all four styles: language immersion.

Language immersion helps learners build a deep understanding of their second language. It’s widely considered to be the fastest and most effective way to learn a language at every level, from mastering the basics to reaching the fluency of a native speaker.

Immersion methods won’t have you memorizing phrases or flipping through flashcards. Instead, they’ll tap into the ways you learned language as a child. Not only do studies show that you’ll process new languages like a native speaker, but you’ll also have more fun learning!

To better understand how Dynamic Immersion works, let’s dive into the details of traditional immersion and the science behind it.

What is language immersion?

Language immersion is a method of learning in which all communication is conducted in a learner’s new language. Learners can choose between varying degrees of immersion. Individuals working or studying abroad are likely to partake in a fuller immersive experience, but partial immersion experiences are still highly effective and easily available to learners.

For those who are studying on their own, it’s helpful to build immersion experiences into your weekly or daily routine. Conversations with native speakers of your new language—family, friends, colleagues—are effective immersion opportunities that expose you to the nuances of culture, regional vocab, and other elements that you won’t encounter through typical classroom learning.

The critical difference between language immersion and other learning methods is that it doesn’t rely on memorization. Instead, it challenges learners to build understanding organically through context and reasoning. It can feel more difficult until you get the hang of it, but the payoff is big. We’ll dive into how immersion helps language stick better in the next section.

Why is language immersion so effective?

When learning a language, memorization can only get you so far. Most real-life language experiences require a certain level of improvisation and thinking on your feet. Language immersion taps into our innate ability to absorb new methods of communication.

Think about the way toddlers learn language. They pick it up gradually, learning quickly from an environment that is entirely immersive and foreign and that eventually becomes quite familiar. A child learns that an apple is called “apple” after repetition and hands-on experience, and more advanced elements—like singular and plural pronouns, verb conjugation—follow through conversation.

Our brains are wired to recognize patterns, identify clues, and glean meaning from context. It all seems to come so naturally to young kids, even for those learning second languages. So why doesn’t it come as easily to adults?

We’re used to familiarity, and it can be confusing to be thrown back into a learning experience that feels so foreign. In learning a native language, adults have spent years perfecting and cementing certain habits of speaking and doing. Immersive learning requires us to break those habits to build new ones, which can feel uncomfortable at first.

But after a couple days or weeks of practice, that discomfort quickly fades, and you’re free to tap into everything immersion has to offer. Immersive learners are proven to pick up the nuances of language faster. Learners are typically less concerned about grammar rules, and more in tune with intonation, individual sounds, and communicating for understanding. And frequent communication with native speakers through audio recording or real-life conversations improves a learners’ understanding of more complex elements, like grammatical structures and conjugation.

How does Dynamic Immersion ease learners into intuitive learning?

Dynamic Immersion is the foundational approach behind Rosetta Stone’s Core Lessons, the primary learning tool you’ll use as you adapt to a new language. Each Core Lesson has a different theme, but you’ll cover the same elements in each, picking up new vocabulary and grammar alongside bite-sized pronunciation exercises.

Unique to Rosetta Stone, you’ll never encounter your native language in instructional content. Instead, you’ll learn within a deeply immersive environment that is carefully structured to ensure you’re exposed to a manageable level of new language at any given time.

Through audio from native speakers, as well as images and text, Rosetta Stone enables you to learn quickly and more effectively than you would in an offline, immersive environment. Get a feel for what Dynamic Immersion looks like with the examples below.

Learn new vocabulary by using context clues to match words with images. Can you guess what the Dutch word “geel” translates to in English?

As you progress through the lesson, you’ll reinforce vocabulary from prior units while using context and picture identification to pick up new words.

Some lessons will have you match phrases to images. This lesson dives into basic grammar, introducing plural subjects and gendered pronouns.

Once you’ve built your understanding, you’ll encounter lessons that isolate unique word sounds. This lesson helps you break native language habits and hone in on intonation and pronunciation.

Immersion is the key to language learning

When it comes to rote memorization, we suggest saving it for scripts and soliloquies. Immersive learning is not only a more intuitive way to learn a language, but it also leads to faster language adoption, while ensuring language skills stick with you in the long run!

Rosetta Stone’s Dynamic Immersion merges the best of both worlds—immersive and digital learning—into an easily accessible platform that enables learners of any age to learn languages naturally.

With 25 languages, Rosetta Stone is available online or on mobile devices. Check out our app for iPhone, iPad, and Android to start immersing yourself in a new language today!

Try Language Learning Plans Based on Your Unique Goals

Navigating the Conversation: What to Do When...