Episode 2: Man with a Mission 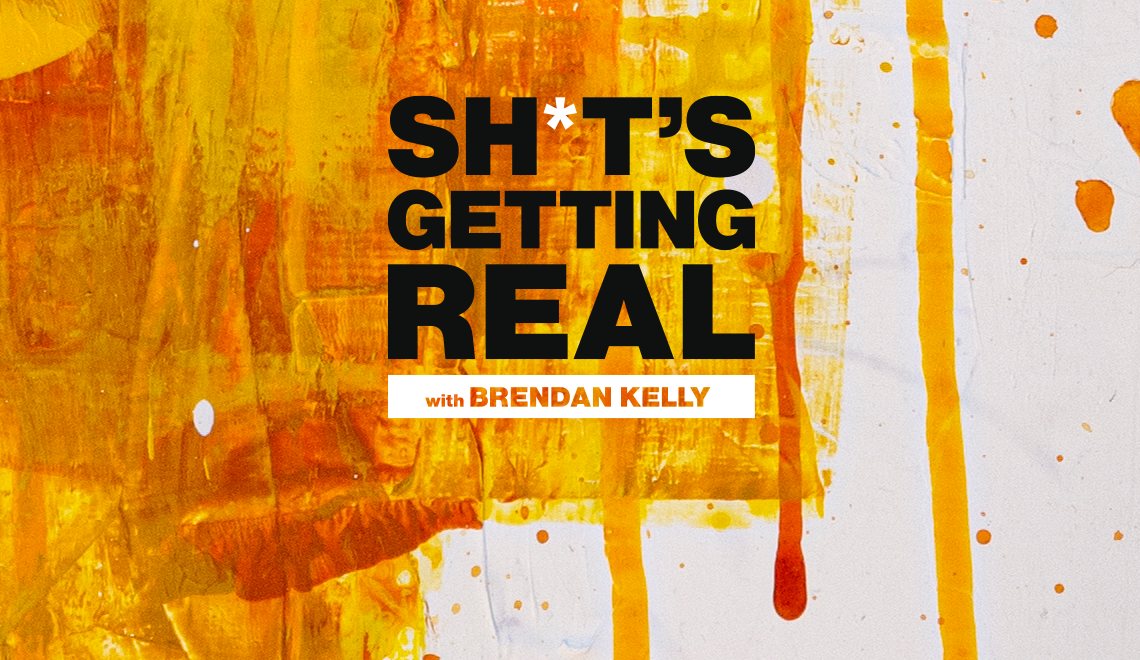 This is Episode 2 of Sh*t’s Getting Real. Binge from the very beginning.

I recently read an article about this kid who was a pretty dyed-in-the-wool missionary from California, which, that seems a little weird in this day and age, right? Who knew? To put it mildly my interest was pretty piqued right away.

The article was about how this kid really went for it with his mission work. In fact, he took the word of the lord all the way to North Sentinel island, which, if you’re not familiar, is the most remote place on earth. I know what you’re thinking . . . what about Nome, Alaska or whatever weird former Soviet outpost there is in Mongolia, but the reason North Sentinel Island is the most remote place on earth (it’s not too far from Thailand, just in case you have your globes out) is because NO ONE can get down with the people there. The North Sentinelese are notoriously not into everyone who isn’t them, and they underline this particular predilection for solitude by killing the shit out of anyone who dares traipse into their tiny little zone.

This kid tried to bring them fish and Bibles and used non-threatening hand gestures and so forth, and by all accounts did everything right (which isn’t saying much because he’s super dead now), and he even went so far as to parrot their own language back at the Sentinelese when they yelled at him. Presumably he was screaming “get the fuck out of here,” back at them, which, if you check my above parenthetical notation in the last paragraph, while well intentioned, it didn’t really work out that well for him.

The Sentinalese, it turns out, see outsiders trying to come ashore and go all in on their culture and language and, well, they hate it with a pretty murderous passion. This is why crashing a culture, whether you’re wading through the ocean onto the shore of the most remote and isolated inhabited island on earth, or just going to a neighborhood bar full of Guatemalans in your hometown, can be daunting. The variance is degrees, but when you’re out of your comfort zone, there’s no way to plan for what could happen next. Is this German guy gonna be patronizing to you and insult your shoes, or is he gonna hook you up with the coolest spot in all of Schweinfurt where he got HIS bright orange crocs for pennies on the dollar? You never know.

Learning a language is weird because you seem like SUCH an obvious outlier dork just mispronouncing shit and sloshing into some cafe with your 25 minutes of Rosetta Stone under your belt and trying to order un bicchiere di vino like you know what you’re doing when clearly you don’t. You’re a missionary stepping onto North Sentinel Island armed with nothing but fish, a Bible, and the absolutely misguided notion that anyone cares what you’re all about. To make matters worse, in a lot of European countries you’ll go in and use your stunted, out of tune, half baked version of the local language only to get a smug look from someone, and a reply (in English more perfect than yours) that “it’s quite all right, sir. No need to further humiliate yourself. We speak English here.” It’s like all the stress of trying to take a step towards speaking the language, all the humiliation of failing, and none of the part where you actually interact with someone in another language. Brutal. It makes me sweat just to type about this.

There’s nothing more terrifying than putting yourself out there . . .

There’s nothing more terrifying than putting yourself out there like that. Well, unless you’re on North Sentinel Island realizing suddenly that “Oh, these people really don’t want me here and they’re doing that thing where they tear me to shreds.” Thankfully for me, Italy is less into the “we’re gonna kill you immediately” program. But that doesn’t mean I feel “comfortable” with the idea of taking this canned language lesson and trying it out on anyone. I mean, Jerry Seinfeld said this (and I’m paraphrasing): The number one fear people have is public speaking. Number two is death. So that means at a funeral, everyone would rather be in the coffin than giving the eulogy.

According  to most studies, people’s number one fear is public speaking. Number two is death. Death is number two. Does that sound right? This means to the average person, if you go to a funeral, you’re better off in the casket than doing the eulogy. – Jerry Seinfeld

And speaking a foreign language, yo, that’s public speaking, even if it’s just to one random mouthbreather in a Milanese parking lot. You’re putting yourself out there in a way that you’re not totally on solid ground with. So, if we can trust Jerry’s actuarial table (and I have no reason to believe we can’t), then trying out a new language is terrifying past the point of literally dying. So there’s that.

You’re putting yourself out there in a way that you’re not totally on solid ground with.

This is a long-winded way to get at that this is kinda the metaphor for my first Rosetta Stone lesson. I have the app, and the first lesson, it’s easy to get into: You hit start and it’s 10-20 minutes of you just generally repeating things with the right accent. This is mixed with a sort of match-game style thing, in which you have to hit the picture that corresponds to the words said. So for example, if it says “la bambina mangia,” which means, from my rote understanding, “a little girl eats,” you click on the picture of the little girl eating and it makes a noise not dissimilar to when you get the star in Super Mario Brothers. It’s rewarding and low key.

However, it’s also purely in Italian. As I said in the last post, I’ve taken a little bit of Italian in the past. I’m not sure that I could have dived in quite so easily had I not had a bit of a heads up. I mean, I know that when you learn a language, that’s kinda the whole thing: you go immersive, à la the high school Spanish teacher in the ’80s kids’ sitcom who’s always like “en español por favor,” to the degenerate surfer. So, while lacking a classroom and actual human, the Stone still comes pretty correct by not half stepping.

So, while lacking a classroom and actual human, the Stone still comes pretty correct by not half stepping.

Buuuuut, I’m also just brushing up at this point, so I may be viewing this through a bit of a tinted lens. I haven’t taken Italian in decades (Jesus . . . that’s true? I’m old as hell), but I remember the basic stuff like “the baby eats,” so I’m probably overconfident in my abilities. When we get to “what do you think about the prevailing trend towards populist fascism in the western world,” I might not get a 92% on that lesson.

And, truly, to me, that’s the . . . er . . . Rosetta Stone of the idea of learning a language, innit? I mean, you can get vocabulary together and have a “where’s the bathroom?” “I’d like a glass of wine” kind of handle on everything, but when it gets into “I may do this,” or “Do you think this is possible,” or “What if we had just run off and left our spouses behind after that fateful night in Copenhagen?” it becomes a whole new game. That’s an aspect of this that I’m really interested to take on, because frankly, I don’t know how an app is gonna pull off teaching me that nuance. I’m ready to learn but I’m soooooo dumb. I can’t stress this last point enough. But for now, if you need someone to say ‘the little boy eats’ in Italian, I got you covered. Also, probably as a general takeaway, we should all leave the North Sentinelese alone. Just sayin’.