Everything You Need to Know About May 1st in France 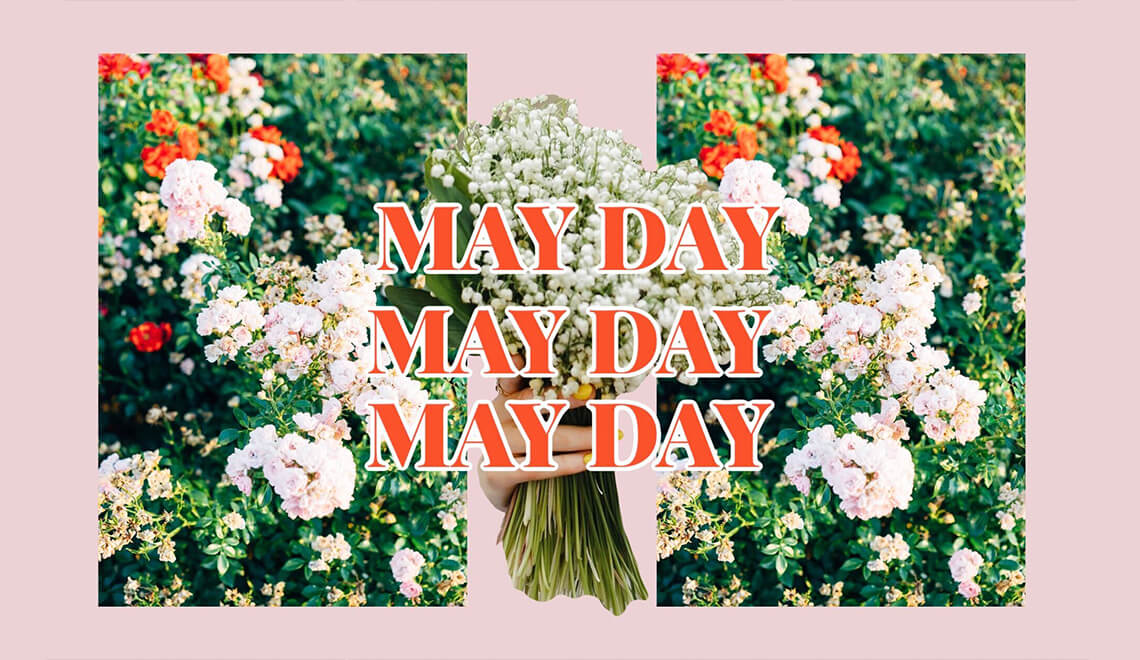 May 1st wears a few different hats in France. You might hear it referred to as la Fête du Travail, laFête du Muguet, or just simply le 1er Mai.  La Fête du Travail, or Labor Day, is a public holiday where almost nobody works. It’s the only day out of the entire year that the busses don’t run in the city I live in in France. Labor day is celebrated in other countries around the world, but la Fête du Muguet is particular to France.

If you’ve been following along with our Cabin Fever Reliever Challenge, you’ll know one of our challenges is to learn a new tradition. You might have already learned about Poisson d’Avril on April 1st, but the French have another fun tradition on May 1st. The first time I ever heard about la Fête du Muguet was last year during my first spring in France when my boyfriend was going on about how he needed to buy me some muguet. I didn’t even know what the word meant at the time, and I thought a translation would clear things up, but when I learned that muguet meant lily of the valley I was as confused as ever.

It’s always sweet when someone you care about wants to buy you flowers, but I couldn’t understand his obsession with muguet specifically. I didn’t really push it until we got to the store and there were these little potted lily of the valley plants everywhere that had notes on them that said, Joyeux 1er Mai, or Happy May 1st. I knew May 1st was celebrated as May Day around the world, but I’d never seen the connection with lilies of the valley.

Labor day is celebrated in other countries around the world, but la Fête du Muguet is particular to France.

But, I think the French are tied with the Finnish—whose national flower is the lily of the valley—for loving the flower the most. In 2013, the French spent €31.8m on lilies of the valley. Though it’s not as much as the $2 billion spent on roses on Valentine’s Day in the U.S., it’s still a pretty big chunk of change.

In France, you can always find lilies of the valleys in the grocery store or in flower shops in the weeks before May 1st. Some people even grow them in their backyards and sell them out of their garages, or on the street. Unfortunately, due to COVID-19 people aren’t allowed to sell lilies of the valley outside of stores and can be hit with a €300 fine plus the usual €135 for not respecting the rules of quarantine. And by the time we went out to buy our muguet elsewhere, our grocery store was all sold out.
So, I’m planning on celebrating this year by just going on a nice walk and maybe picking some wildflowers on the way. I might also listen to Queen’s “Lily of the Valley,” and maybe it will provide some virtual luck and prosperity because I think we could all use a little bit of that right about now.