Home Advice Everything You Need to Know About Umlauts
Advice

Everything You Need to Know About Umlauts 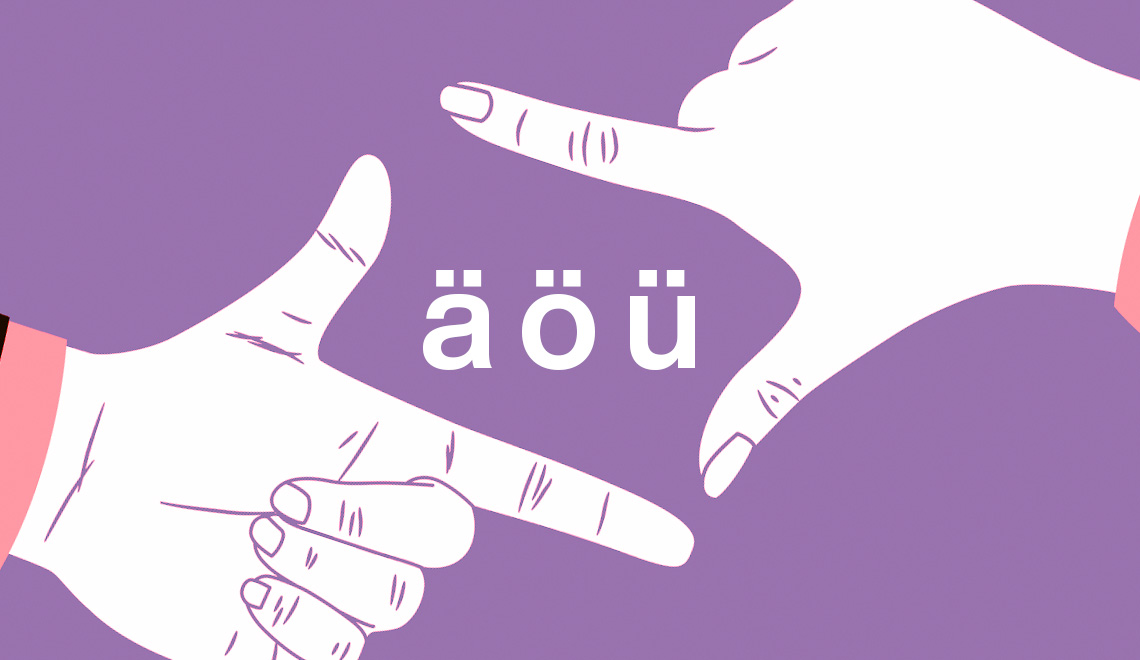 You’ve probably seen umlauts at some point—those mysterious little dots hovering over letters in languages. And while they may seem intimidating or unfamiliar to English speakers, umlauts and other diacritic marks guide pronunciation and can be extremely helpful for language learners. Deciphering what the marks mean is the first step in understanding umlauts and using them to improve your pronunciation.

What is an umlaut?

An umlaut is often thought of as the two dots over letters, usually vowels, in the German language. The word umlaut actually doesn’t only mean the marks themselves however. It can also refer to the process where a vowel sound shifted in the past. Translated from German, the word umlaut means “changed sound,” and it refers to the historical vowel changes that umlauts originally marked within a German word.

Are there different kinds of umlauts?

When we’re discussing German umlauts, you’ll find there are three in use within the alphabet including Ä, Ö, and Ü. Rather than implying an accent or emphasis, German umlauts are independent characters with variations that represent both long and short sounds.

In French and Spanish, this same symbol as an umlaut is used, but it represents something quite different called a diaeresis. In these languages, the marks remind speakers not to combine vowel sounds but to pronounce each clearly. An example of this usage is seen in the French word “naïve.”

What’s the history of umlauts?

Historically some vowels in German changed because of other vowels that occurred after them.  We can see the same process in English with the words foot and feet.

Because German writers needed a way to represent this changed sound, they began adding an e at the top of the vowel that changed. A cursive e in old German script has two parallel lines and over time this e was reduced to the two dots over the vowel that we see today.

History holds that the first person use the word umlaut in its modern sense was Jacob Grimm of The Brothers Grimm fame. He coined the term in 1819, referring specifically to the historical sound change described above. Over time, the term also came to refer to the small marks that showed where a vowel sound had changed.

Which languages use umlauts?

While German is the most common language in which you’ll find umlauts, these marks do exist in other languages, for various historical reasons. Other languages which use umlauts include the following:

As noted above, other languages like French and Spanish have a character (diaeresis) that looks the same but it is used for a different purpose. Diaeresis also exists in English words that have been borrowed from those languages.

How do umlauts guide pronunciation?

Umlauted characters ä, ö, and ü help learners and native speakers pronounce words correctly. These small changes in the pronunciation of a vowel can change the meanings of words. For example, the only difference between schon (already, previously) and schön (beautiful) is the pronunciation of the vowel. Likewise, the umlaut is the only difference between Bruder (brother) and Brüder (brothers).

Getting the hang of pronouncing umlauts in German can be tricky, so feedback on your accent is critical. That’s why Rosetta Stone’s voice recognition engine TruAccent™ speech-recognition engine is built into every lesson, allowing you to listen, learn, speak, and fine-tune your pronunciation until you can say it like a local.

How to type umlauts.

If you aren’t typing in the language on a regular basis, you can probably get away with a simple online German keyboard. However, if you frequently have to write in German either on your computer or a mobile device and don’t have a German keyboard, here are a few ways to call up umlauts when you need them.

Umlauts on a PC

Make sure your number lock is on, then hold down the left-side ALT key and type the following numbers to call up various umlauts.

Umlauts on a Mac

ON a Mac computer, you’ll hold down the OPTION key and push ‘s’ to get ß. For the rest of the umlauted characters, hold down OPTION and push “u,” then release and type the base letter (a, o, u, A, O, or U).

Umlauts on an iOS or Android device

Either in the notes app or any app that uses the virtual keyboard, press the key for the vowel you want and hold it until the pop-up options menu appears. Slide your finger over to select the umlaut you need. This process is the same on both iOS and Android devices.

TRY IT FOR FREE
German
0 FacebookTwitterPinterestEmail

Your Unofficial Guide to Madrid with Nathalia Ramos

Speaking of German: How to Be More Conversational

A Quick Guide to Munich’s Oktoberfest

Why is it harder to learn a...