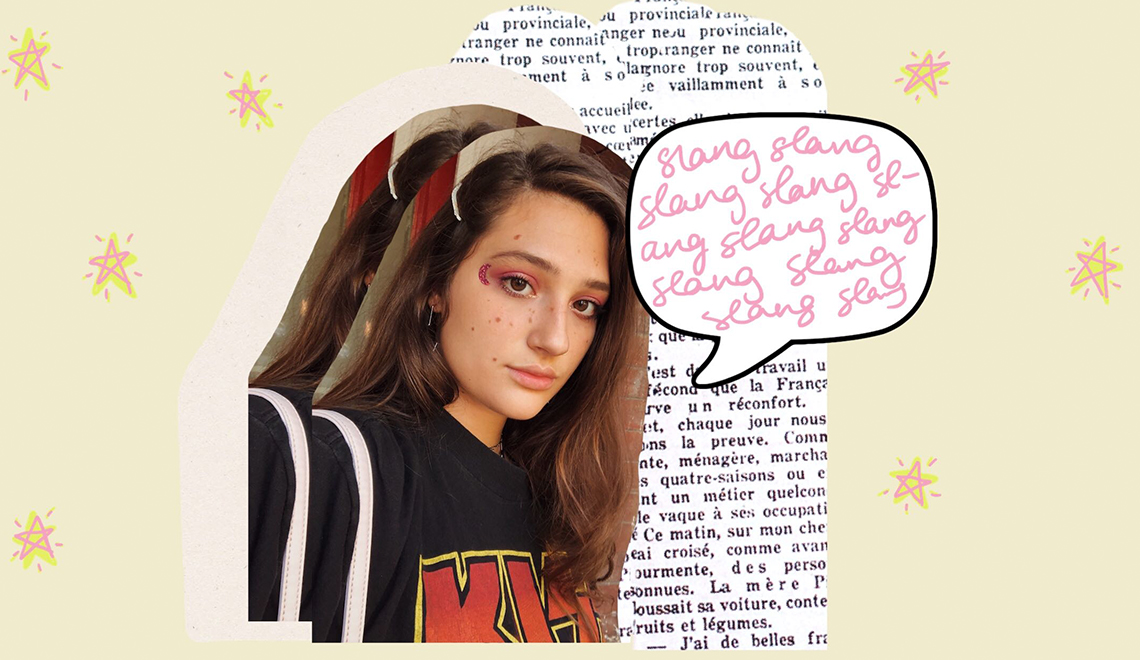 Like most languages, the French love their slang, or argot. French slang is great because even when it doesn’t make sense at first glance, like the title of this post, once you know the rules it gets pretty fun. The word argot just means slang in general, so while there are different branches of French slang, like verlan and louchébem, the word “argot” can be used to describe all of these different branches, as well as any slang words outside of verlan and louchébem. My favorite type of slang is verlan, which switches the place of certain syllables in a word to create a new word. For example, if you want to say, “thank you,” or merci, in French slang you can use verlan and say, “cimer.” If you want to see some of the most popular examples of verlan as well as some other examples of modern slang check out my favorite argot below.

Chiant
This is the first slang word I learned when I was an au pair, mostly because everyone was calling each other chiant for playing with a toy that wasn’t theirs or making a big mess. The best translation for it is “pain in the ass,” but it actually comes from the word, chier, which means “to sh*t.” When the French are annoyed by someone they’ll say “tu me fais chier,” or literally “you’re making me sh*t.” So basically if someone calls you chiant it means you’re being such a pain in the ass that you’ve made them sh*t their pants.

Caisse
This translates literally to “crate” or “case,” but in slang it means “car.”

Ça roule?
This is a casual way to ask someone, “How are you?” It literally means, “It rolls?” “Ça va?” is also a more casual way to say “Comment vas-tu?” but it’s not considered slang and it just means “It is going?”

Laisse tomber
This expression can mean “never mind,” “let it go,” “forget it,” or “don’t worry about it.” This is usually what my French friends say to me after they’ve tried to explain the meaning of a French word I don’t know and I’m just not getting it. It literally means “let it fall.”

Avoir la flemme
I could write a novel about la flemme. It would be called “La Flemme: The Silent Killer of French Effort.” The reason why I have so much to say about la flemme is partly because there is no direct American English expression. The closest thing we have to la flemme in English is saying, “I don’t feel like it” in American English, or “I can’t be bothered” in British English. But la flemme is different because it isn’t something you “are” (être), but rather something you “have” (avoir), like a cold. It’s some mysterious force that just happens to the French. I once had a student who didn’t do his homework because he had la flemme, like it was a really bad migraine that kept him from working, a force he couldn’t control.

Relou
This is one of the most common examples of verlan. It is lourd, which means “heavy,” with its syllables reversed. When someone is relou, they’re annoying or unbearable. Lourd can still mean “unbearable” in it’s normal form, but saying relou instead of lourd changes the meaning to be both “unbearable” and “annoying.” Relou is what I say to my boyfriend when he tells me bad jokes, like “zarbi Zarpas” (see “zarbi”).

Chelou
I like to think of relou and chelou as fraternal twin brothers, not only because they sound similar, but also because neither of which are adjectives anyone wants to be described as. Chelou is verlan for louche which means “weird,” “shady,” or “seedy.”

Bouffer
This is slang for “to eat,” or manger. While you can say bouffer to simply mean manger, it also can mean “pig out,” “stuff yourself,” or “gobble up.” You can also say la bouffe as slang for “food.”

S’arracher
This verb literally means “to rip off” or “to tear off,” but in slang it’s used to replace aller, or “to go,” and is similar to “to split” or “to scram.”

Kiffer
This verb actually comes from an Arabic word that means pleasure or joy, but kiffer is slang for aimer, or “to like.”

Zarbi
This is another example of verlan and is the mixed up version of “bizarre.” I like this one because zarbi is a bizarre word in itself, but I tend to like it less when my boyfriend calls me zarbi Zarpas to get on my nerves.

Grave
Grave has a lot of different meanings. It can mean “serious” or “grave,” but it can also mean “crazy” in the context of “crazy good.” If something is grave bon it means it’s crazy good. It can also mean “totally” or “true” when agreeing with someone. If you say, “It’s such a pretty day. We should go to the pool,” you could respond simply with “grave,” or “totally.”

I hope you enjoyed this list of French slang phrases. If you want to learn more check out some songs by Renaud, like “Laisse Béton,” which are known for being filled with argot.

Word of the Day: Learning One Greek Word A Day with My Yiayia

Speaking of Spanish: How to be More...