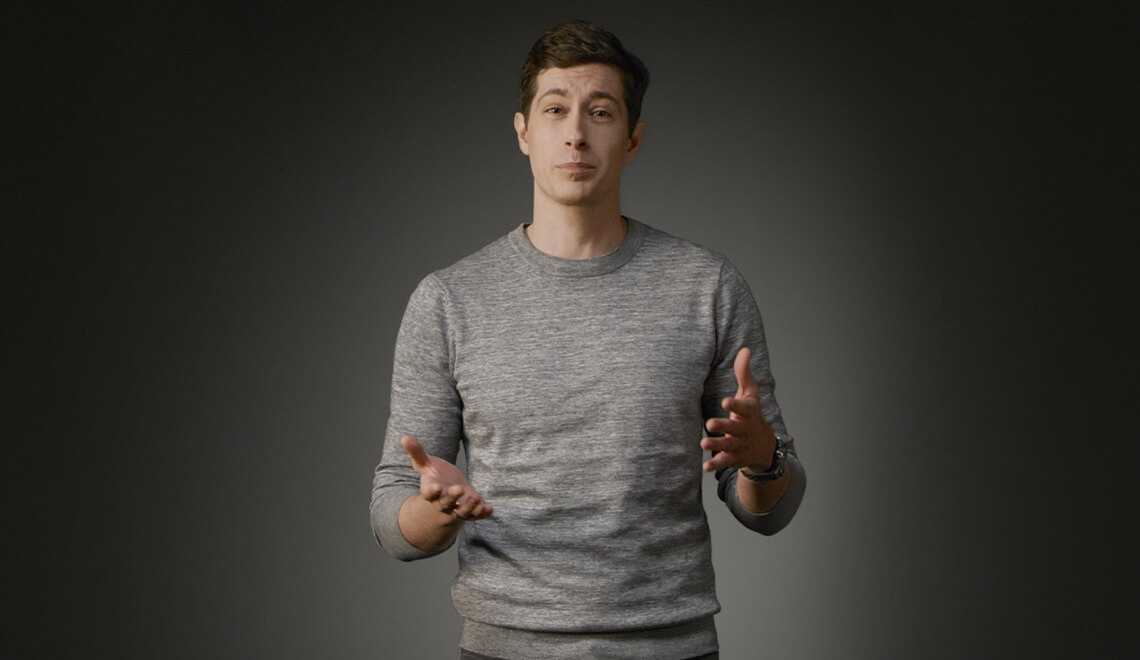 German is known for being a very precise language—great for philosophy and engineering—but don’t be fooled; it can also be colorfully idiomatic. As we’ve seen in other German videos, the Germans love their sausage, and many of their meat delicacies are made from pork.

The prevalence of pigs in German culture and industry can’t be overstated, and nowhere is it more visible than their language. Take the word, Sau. It means literally female pig but is used in so many other ways that it’s good to learn it early to avoid misunderstandings. You’ll want to know if someone is calling you a pig in a good way or not!

The prevalence of pigs in German culture and industry can’t be overstated, and nowhere is it more visible than their language.

Sau is a super versatile prefix that you can add in front of an adjective or noun to emphasize its meaning. Like the word super was just used, Sau can also be attached to all kinds of other words to emphasize how extreme something is. Like saying super or way, or totally in American English, the British equivalent would be bloody or damn.

When to use Sau

Keep in mind, this is very informal language, and you’d want to try these phrases with friends before talking to your boss this way. I’ve heard older people (I know, age is just a number!)—over 50 even—use this slang, but I wouldn’t when talking to Oma (Grandma) or anyone I don’t already know.

The first time I heard the word Sau was probably in high school while on exchange in Berlin. My host father loved his sausage too and would exclaim, Saulecker! to mean super delicious, at lunchtime as he dug into his heaping plate of sausage and boiled potatoes.

You can combine some basic vocabulary and words you’ve learned to create native-sounding variations:

But more often, Sau is used to emphasize a negative experience, such as sauschwer – very hard, or saukalt – very cold, or the dumbest most stupid thing/person ever: saublöd.

Kein Schwein means nobody and can be used to emphasize in a general statement, such as Kein Schwein kann das lesen! – Nobody can read that!

The origins of this saying, according to legend, go back to the late Middle Ages. Of the few literate people those days, some earned their money as scribes and readers. Thus, a family near the northern city of Schleswig called Swien possessed these reading and writing skills and performed reading services for the people of the area. If a Swien was presented with an illegible document, the customer had to go away again—because not even a Swien could read it.

The other version of the story is that the expression refers to Peter Swyn (1480-1537), an educated man from Lunden/Dithmarschen who often acted as a legal advisor and scribe. Thus the similar phrase, “Even Peter Swyn can’t read that = no pig can read that.” Whatever the etymology, the expression is common and has parallels, such as “Kein Schwein ruft mich an!” meaning, “Nobody ever calls me!”

The other day someone actually phoned me out of the blue—these days, everything is pre-planned on Zoom, right?—the surprise in my voice was unmistakable. I found myself saying, by way of explanation, Kein Schwein ruft mich an! It’s meant in a somewhat self-pitying way. I was channeling the first line of the song of the same name written and performed by the famous German singer Max Raabe. It is among his best-known titles in the style of the 1920s and 1930s, whose lyrics and arrangements are reminiscent of jazz and swing songs by male close harmony groups in the interwar years in Berlin.

The chorus of the song goes:

But the word for pig, das Schwein (pig), or die Sau (female pig, specifically a sow), is also used in many other idioms in German. For example, if you’ve just had a stroke of luck, you might say, Schwein gehabt. You’ve “had” a pig. If it lasts a while, you’re a Glücksschwein. A “happy” pig. If your luck is of the bad variety, you’d be an arme Sau. A sad or poor pig.

In my first year in Germany, I was confused when I saw little marzipan pigs, some wearing green or holding a four-leaf clover everywhere during the holiday season. Then I received one as a gift on New Year’s Eve! It turns out, this is another German tradition, giving someone a Glücksschwein made of the famous almond-confection, to wish them good luck for the New Year.

It doesn’t stop there, though. If you’re the one not going fast enough on the Autobahn, a driver behind you might call you a dumme Sau. If you tend to be messy, they might call you a Ferkel, which is a hog. So do your best to stay ordentlich–neat, and you’ll be happy, a real Glücksschwein even!

There are also some less happy uses for the word Sau, which you hopefully won’t have to hear very often:

This is also a somewhat vulgar colloquialism, so use with care.

Let’s say you’re going to be hanging out with young people and want to make friends fast; it’s a good idea to understand what’s being said. If you catch some of these keywords we’ve covered, you can figure out what general direction the conversation is going in. You can even contribute your own cool phrases to sound like a native, and this last common slang word is sau wichtig – super important!

Now, you probably won’t find these phrases in any texts by German philosophers Nietzsche, Hegel, or Heidegger, or the engineers Porsche, Benz, or Diesel (yes, all these words started as last names of Germans!) but if you’re looking to get fluent with some Umgangssprache – colloquialisms, in German, then try throwing in a geil or even a saugeil! Go ahead, lass die Sau raus!

Die Sau rauslassen – This German expression literally translates as “to let the sow (female pig) out” and, depending on who you are, can be translated as “to whoop it up,” “to let your hair down,” or “to let it all hang out” – basically, to party hard.

Be aware that this phrase carries with it a connotation of making a public nuisance of oneself… much in the same way a pig on the loose would.

The Berliner rap/hip hop group K.I.Z. has a song called “Lass die Sau raus,” whose lyrics describe the meaning of the phrase in various ways. You can look that one up on your own 😉
So, you’re well-equipped now to have a conversation auf Deutsch strewn with pig metaphors, peppered with piggie vocab, and you’ll be speaking German more confidently every day. Just make a note of your audience first to pick the right level of formality. Otherwise, don’t worry about making mistakes in practicing your language skills—es interessiert doch kein Schwein!

Compliment or Harassment? Trust Your Gut When Traveling Solo.

Safe Words: Why Language Is Your Best Friend When Traveling Alone

How Many Verb Tenses Are There in...

5 Ways I Connected With My Polish...