History and Hebrew in Tel Aviv

I feel fortunate to have had a multicultural upbringing, not only at home but also in my community. Believe it or not, growing up as a Spanish, Australian Jew was not that unusual in Miami, Florida, a city filled with Latinos of every color, religion, and ethnicity (my best friend is “Jewban”––Jewish/Cuban––and she’s not unusual either). After-school Hebrew class was just another fun, extracurricular activity, like soccer or dance, and Judaism for me was more an assortment of traditions than a religious belief system. When I was 13 and many of my friends were studying for their Bar/Bat Mitzvahs, I was out in LA studying scenes for auditions. I never really thought much about my Hebrew school days once I had officially moved out to LA until recently. I was reminded because I was planning a summer vacation to Israel and I always like to learn a little bit of the local language before I travel somewhere new (OK, and because I had what one might consider an unhealthy obsession with the Israeli TV show, Fauda). I ordered Rosetta Stone Hebrew and set a goal to practice every day until I left. I was instantly shocked at how easily the Hebrew I had learned to read so long ago came back to me. But these daily lessons shed light on the fact that for so many years I had been reading text with no comprehension. (This is normal for many American Hebrew school students as getting bar or bat mitzvahed only requires that you read the prayers, not speak the language.) For the first time in my life I felt a desire to discover more of this ancient language and my own Jewish heritage that it embodies.

As soon as I touched down in Tel Aviv I became obsessed with reading everything in sight. “Look,” I would shout out to my friends, “I can read that! I remember!” I’m sure I drove them all a bit mad, but it was thrilling to connect to the country in a way that I never expected I would. Each day brought new adventures and lessons. Israel is such a fantastic place to visit because it really has everything––it’s full of history and diverse cultures, but also has beaches, excellent restaurants, and wild nightlife. In Tel Aviv we loved visiting the old markets in Jaffa, making friends on the beach, and trying to tick off every restaurant from a long list of “must go-tos” from friends. Another day, we rented a car and drove to the Dead Sea, the lowest point on Earth. This body of water is so salty that no living creatures inhabit it. Visitors famously float to the surface when they bathe and cover their bodies with its mud for a skin treatment that would rival any Beverly Hills spa! 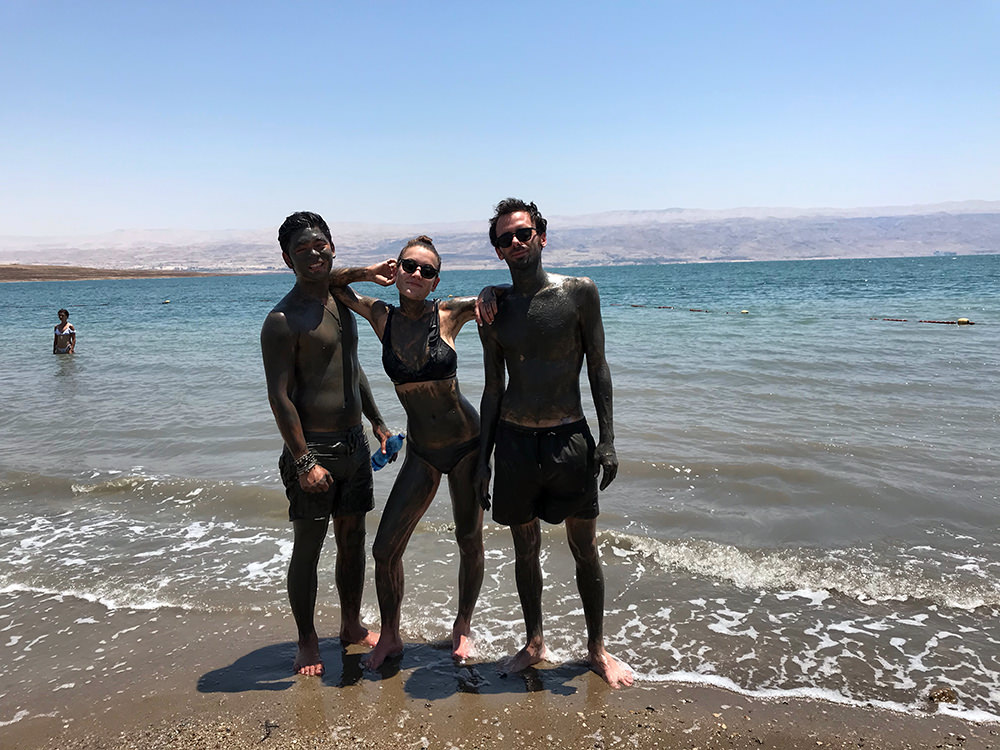 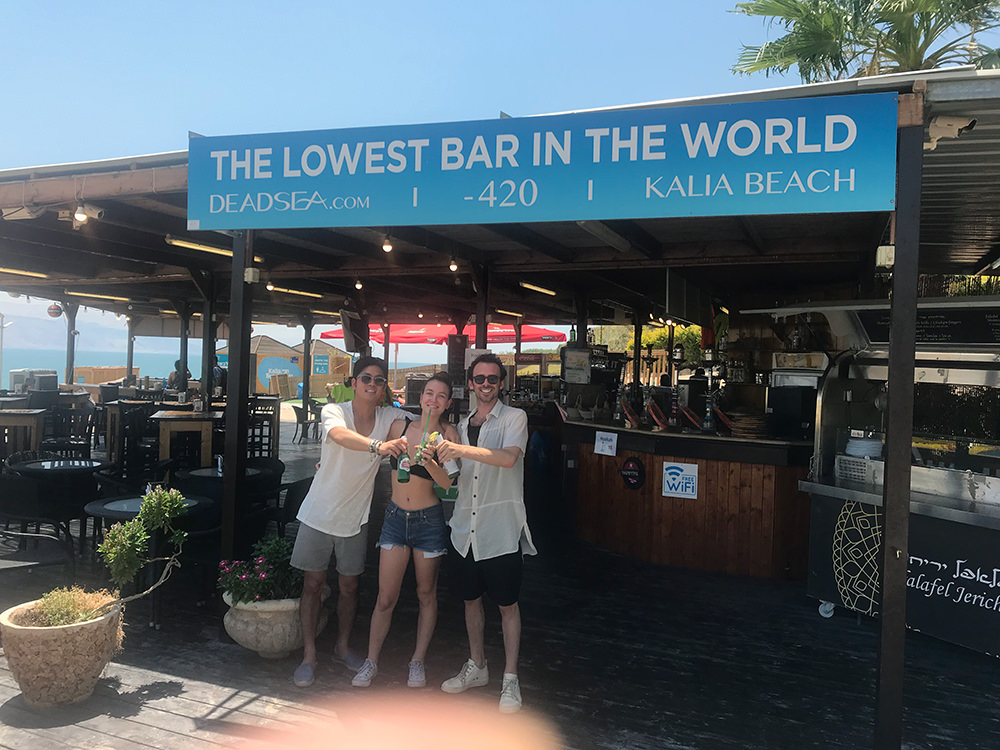 On our way back to Tel Aviv we stopped at the American Colony Hotel in East Jerusalem for lunch, possibly one of the most captivating places I’ve ever visited. A war correspondent I know put it best when he described it to me as “…a den of intrigue, full of spies, diplomats and foreign correspondents.” That’s what it feels like when you’re there. The history of this hotel is legendary and worth reading about when you have the time. However, the current political situation between East and West Jerusalem is tense, to say the least, and residents of the city are both physically and emotionally divided by it. As an outsider it was easy for me to enjoy all the wonders Jerusalem had to offer, but the complex reality of daily life was always in the back of my mind.

My favorite part of the trip came two days later when we returned to Jerusalem with our tour guide, Avi, to visit the old part of the city. The Old City is divided into four quarters: Jewish, Muslim, Christian, and Armenian, and Avi took us through all of them. It blew my mind to think that such a small physical area contains the holiest of sites for so many. I was grateful that Avi showed us all four quarters and taught us a bit about the history of each one of them. I left that evening eager to learn even more, but also saddened when I thought about how little we’ve evolved since those ancient days and how much intolerance still persists. It was then that Avi told me something I would never forget: the only way we humans can achieve progress in life is to break the shackles of the past that are holding us back. We must learn to forgive and find ways to move forward. 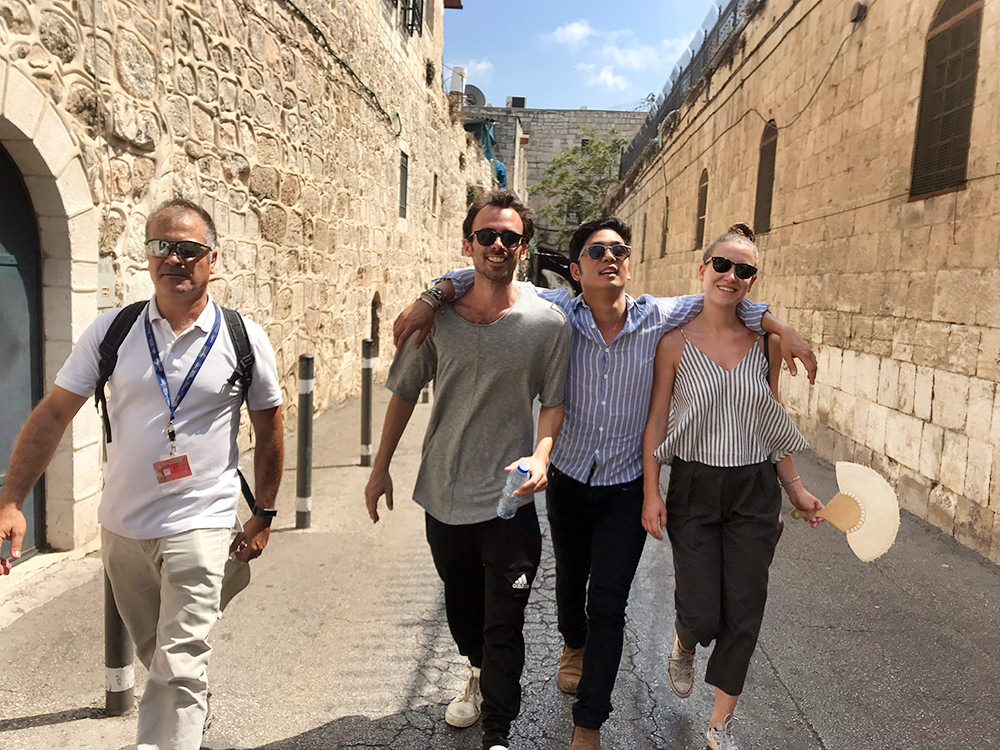 Visiting these cherished places of the past I learned more about who I am in the present and who I want to be in the future. I wasn’t aware of it before, but my Hebrew school in Miami shaped so much of who I am today and I’ve carried it’s lessons of tolerance, openness, curiosity, and (surprisingly) Hebrew with me ever since without even realizing it. Learning to read Hebrew once seemed like a pointless endeavor, but I now understand we were taught it because it carries knowledge that has been passed down to us, from one generation to the next, for over 3,000 years and with that comes a sense of duty. Life is always changing and nothing lasts for eternity, but if we all take a moment to reflect on the traditions and ideas that have stood the test of time, we may discover that we have more in common with one another than we thought. 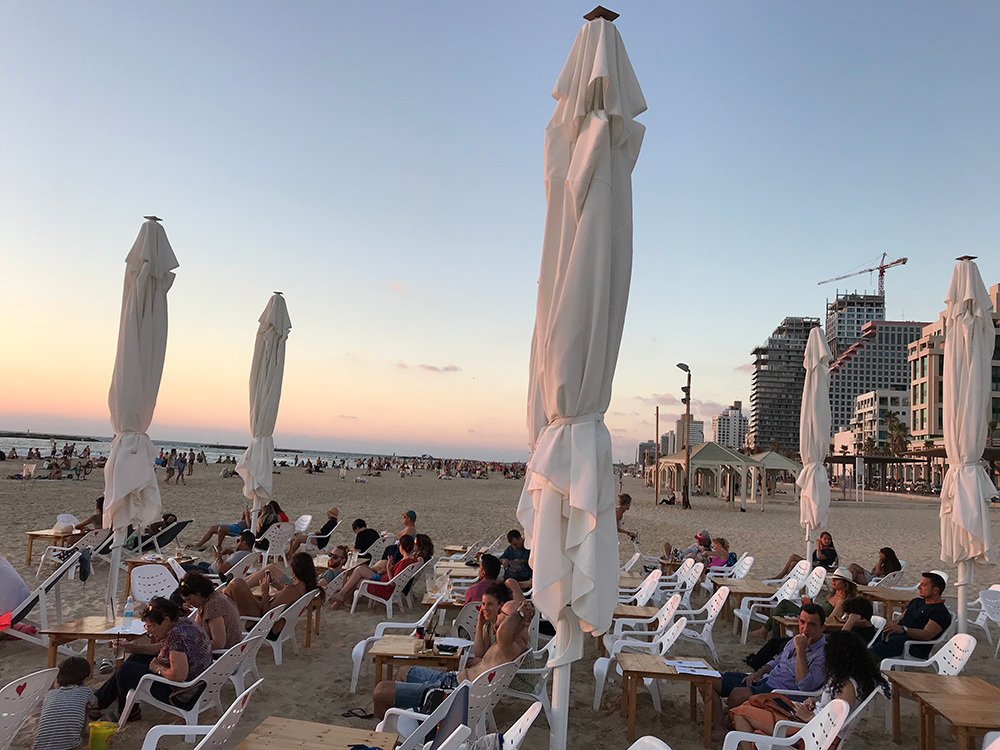 A little more on the Hebrew language.

I decided to dive in to this history and quickly realized that the story of the evolution of the Hebrew language over the last 3,000 or so years is as long and complex as the story of its motherland. In a nutshell, Hebrew fell out of common usage around 135 CE when the Jewish diaspora spread out of Israel across Europe and other parts of the Middle East. The desire among this diaspora to return to their homeland started to gain popularity in the 19th century amidst growing anti-Semitism. The unimaginable horrors of World War II and the Holocaust turned desire into necessity. A common language was a critical step in order to create a national cohesive identity between the Arab/Mizrahi Jews and the Eastern European/Ashkenazi Jews and establishing the State of Israel. Thus began the Hebrew revival of the modern era, largely led by the newly arrived immigrants from across Eastern Europe. This was no easy feat. Having been utilized in little more than religious practices for centuries, a vast amount of modern vocabulary was lacking in the Hebrew lexicon. Oftentimes, these mostly native Yiddish speakers had no choice but to directly translate Yiddish words into Hebrew. The Yiddish influence on the language affected everything, from the grammatical structure of the sentences to the pronunciation, to the words themselves and the way they are used. Many Hebrew idioms for example come from Yiddish expressions that would have made little sense to non-Yiddish speakers, such as the Mizrahi’s who came from the Middle East.  For example, the Israeli greeting Ma nishma? (lit. ‘What is heard?’) is a calque or literal translation of the Yiddish Vos hert zikh?

Yiddish is the language of the Ashkenazi Jews of Central and Eastern Europe. It’s a ‘fusion language’ that is mainly Germanic, but also combines elements of Slavic, Semitic, and other languages. At its peak, in the years immediately preceding the Holocaust, there 11-13 million Yiddish speakers worldwide, making it the most widely spoken Jewish language. 85% of the approximately 6 million Jews who were killed in the Holocaust were Yiddish speakers, which led to a massive decline in the use of the language. Today there are an estimated 1.5 million Yiddish speakers.

Hagege, Claude: On the Death and Life of Languages