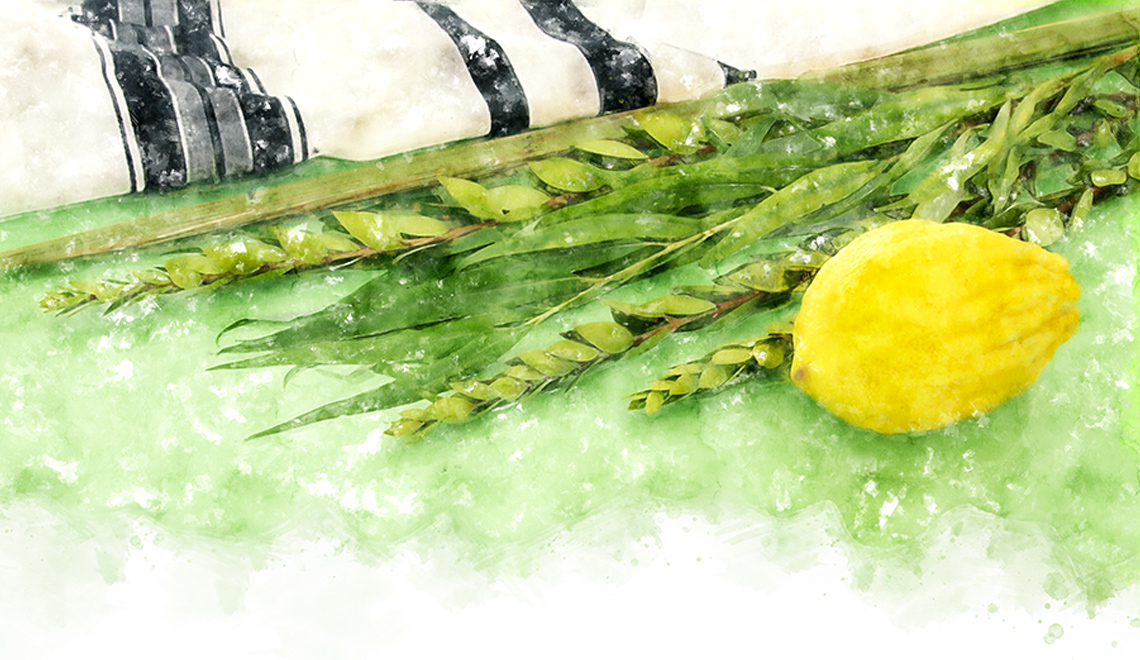 Sukkot, written in Hebrew as סוכות‎ or סֻכּוֹת, sukkōt, is a religious and symbolic celebration for the Jewish people referred to as the Feast of Booths. This week-long biblically-based holiday is one of three Jewish celebrations known as the shalosh regalim. Sukkot marks the end of harvest time and commemorates the exodus of the Israelites and their reliance on God to provide sustenance. This pilgrimage celebration’s origins are also closely tied to an ancient agricultural festival which was a thanksgiving of sorts for the fruit harvest.

Sukkot’s name also derives from the booths in which Jewish people celebrate during this holiday. These free-standing, foliage-covered booths are designed to mimic the huts (pronounced sukkahs in Hebrew) that the Israelites used as shelters during their migration. During this weeklong Jewish holiday, a ceremony is performed daily of waving the “four kinds” or arba minim. This symbolic representation of four species of plants refers to passages in the bible that express gratitude to God for the fruit harvest.

What are the four plants referred to in Sukkot traditions?

Sukkot falls five days after Yom Kippur and lasts the space of a week, beginning at sunset on the fifth day after Yom Kippur and ending at nightfall seven days later. This means it usually falls mid-October in conjunction with harvest time in countries around the world.

In Jewish traditions surrounding Sukkot, four species of plants are used as part of a ceremony to bless the sukkah and symbolize that God is everywhere. Three of the plants (willow, myrtle, and palm branches) are bound together and called a lulav while the etrog (citron fruit) is held separately.

This traditional Sukkot blessing of waving the four kinds comes from a biblical passage in Leviticus 23:40 that states:“And you shall take on the first day the fruit of splendid trees, branches of palm trees and boughs of leafy trees and willows of the brook, and you shall rejoice before the LORD your God for seven days.”

Before you pop into a Sukkot celebration, you should get familiar with the following Hebrew terms so you can demonstrate respect for Jewish traditions.Sukkot: festival of boothssukkah: dwellings used during Sukkot to mimic those of the Israelites

zeman simchateynu: the season of our joy

Get a Taste: Try Challah 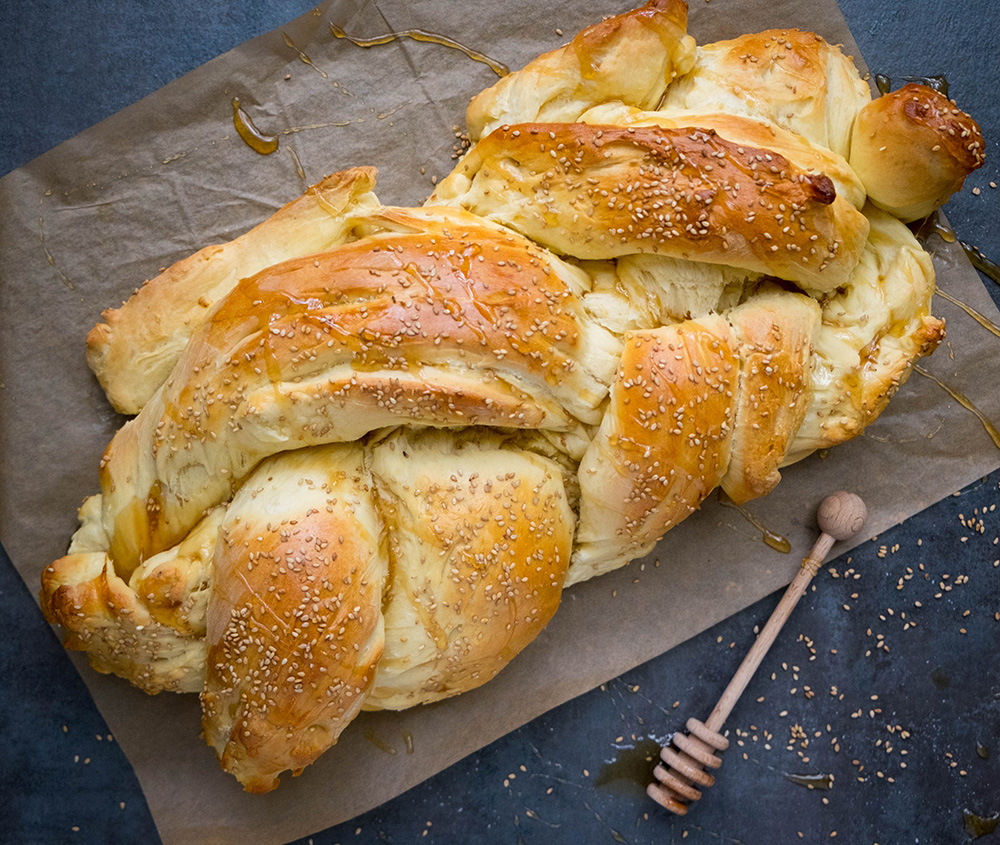 Challah (pronounced ha-la) is a staple of many Jewish holiday tables, particularly for Rosh Hashanah where this fragrant, soft bread is dipped in honey. Those who have partaken in Shabbat will recognize challah because it’s eaten during that celebratory meal with salt. A ritual of this harvest celebration is to wash and then return to the table to partake of the challah. While you can pick up challah in various Judaica stories, it’s also something that can be made and enjoyed at home. This braided bread requires about two hours of rising time so plan to make it in the morning or the day before your Sukkot celebration. 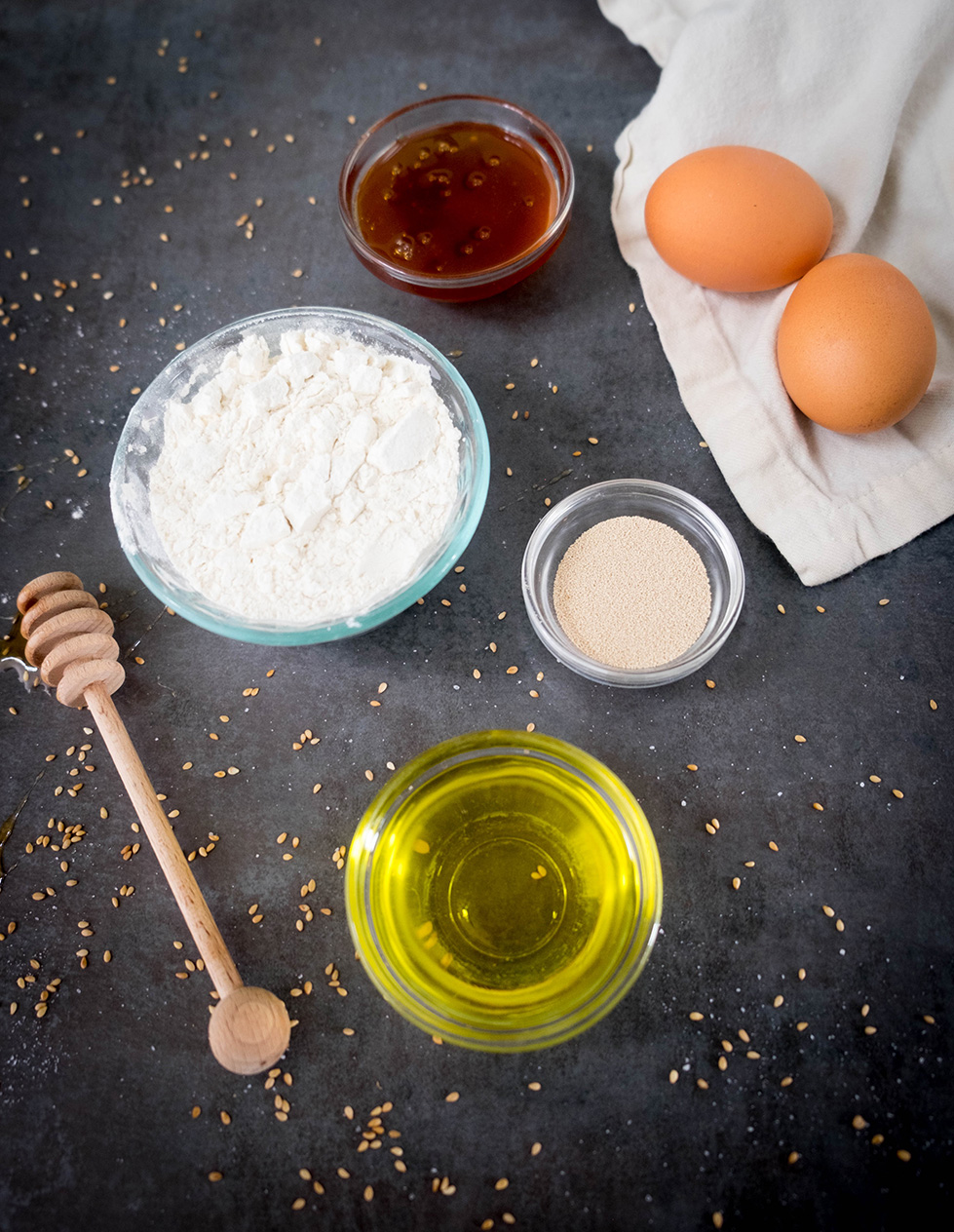 Directions: In a small bowl, combine yeast and warm water. Add a generous pinch of sugar to encourage yeast activation. Stir and set aside for 10 minutes until foamy.

In a large mixing bowl fitted with a dough hook, combine the flour, egg yolks, sugar, kosher salt, and olive oil. Mix gently, then add the yeast mixture and knead either with a mixer on a low setting or by hand for 10 minutes. If the dough is too sticky, add small amounts of flour until the dough is soft but smooth. 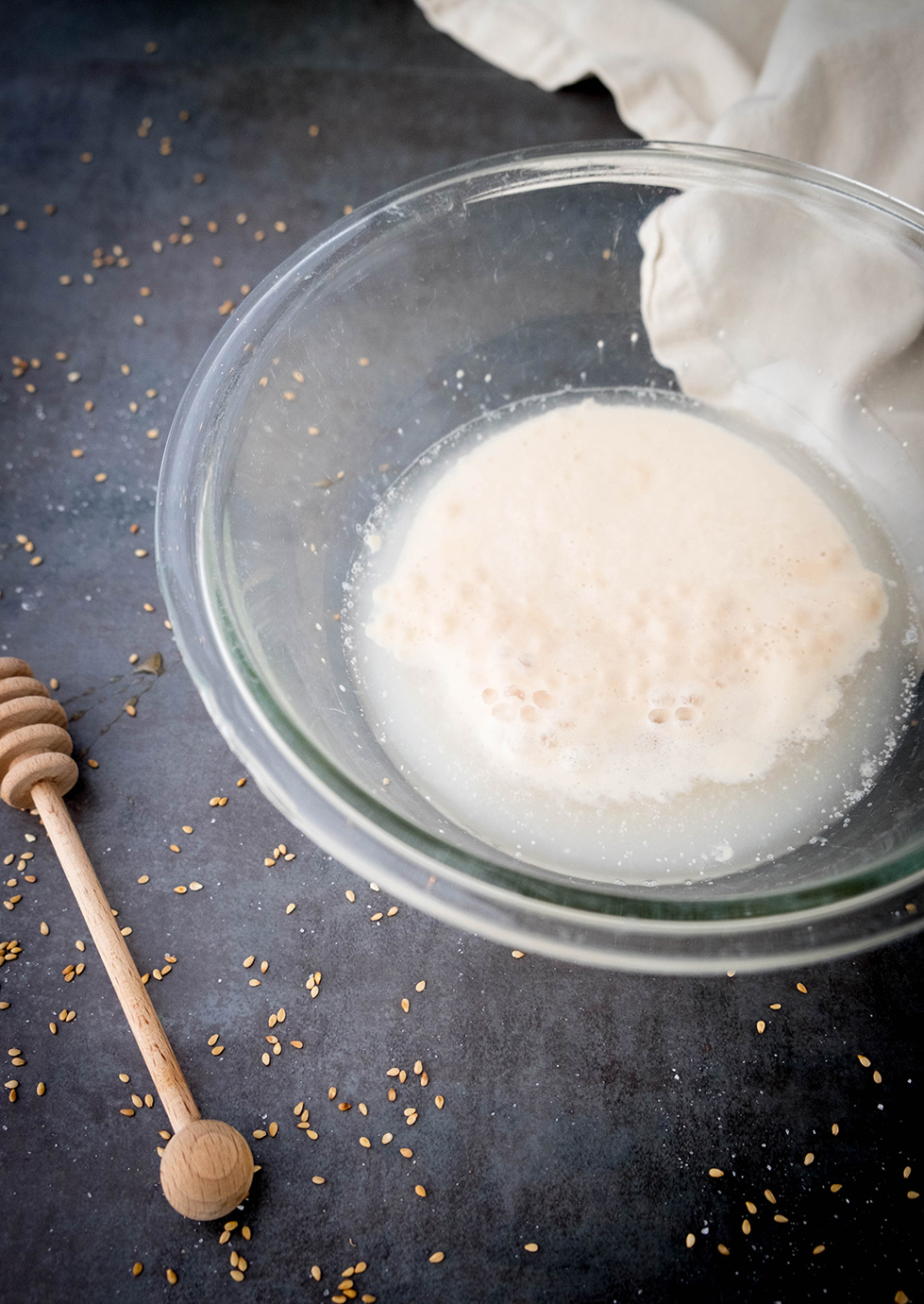 Transfer dough to a large bowl coated with olive oil. Cover with a kitchen towel and keep in a warm place 1 ½ to 2 hours until the dough has risen and is doubled in size. 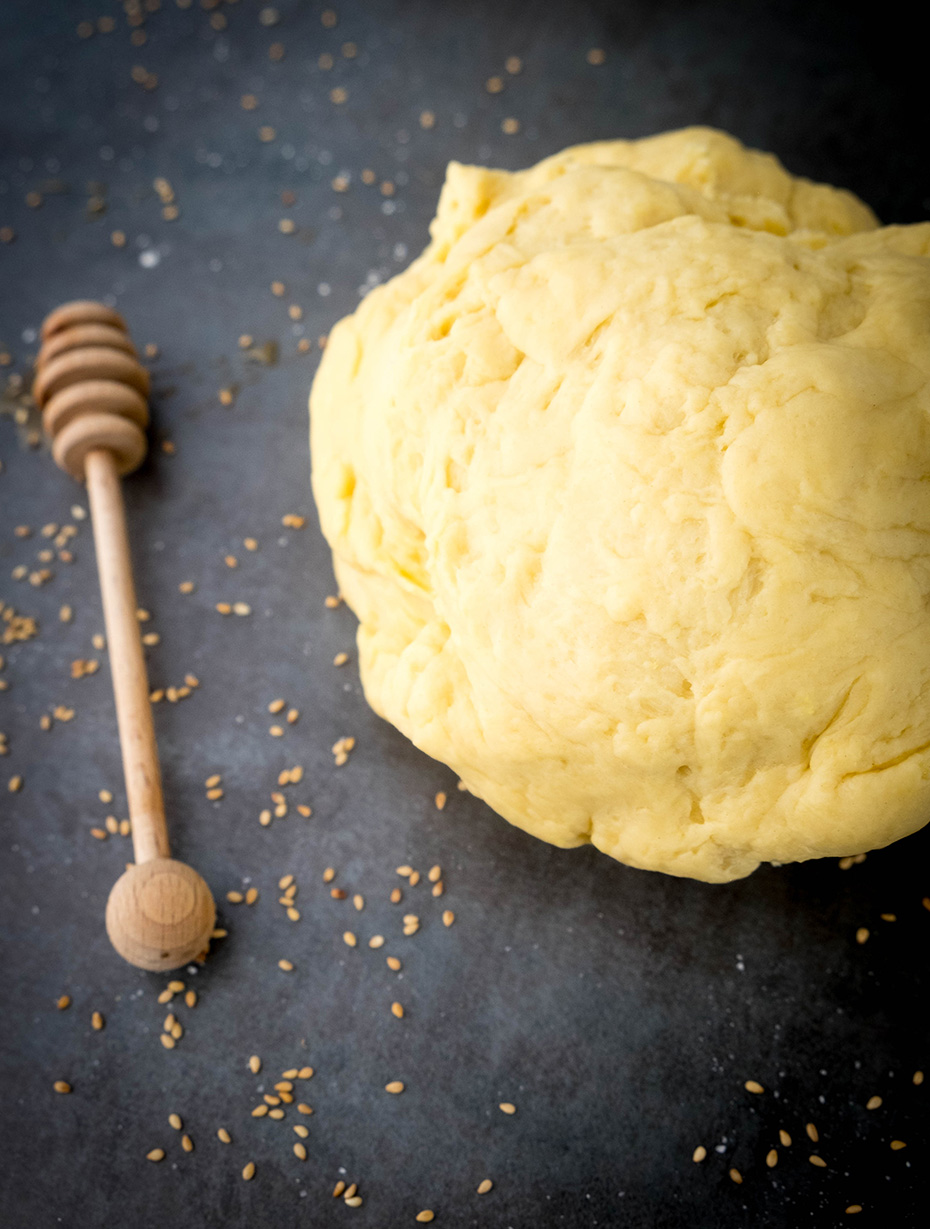 Gently punch down the down and place on a lightly floured surface. Divide into three equal parts and roll each portion of dough into a long rope that’s anywhere from 15 to 20 inches long. Try your best to get each rope equal in length. Braid the ropes in the same way that you would hair, laying one over another on your surface and working from side to side. Once finished braiding, squeeze both ends together to seal.

Transfer the braided loaf carefully to a baking sheet lined with parchment paper. Cover again with a kitchen towel and let rise in a warm place for 30-45 minutes. While this second rising occurs, you can preheat your oven to 350 degrees.

Whisk the egg whites you reserved from earlier in the recipe and brush several tablespoons onto the top of the risen challah loaf. Sprinkle with sesame seeds. Bake in preheated 350-degree oven for 20-25 minutes or until lightly browned on edges, bottom, and top of the loaf. Cool completely before slicing. Store in an airtight container or freeze. 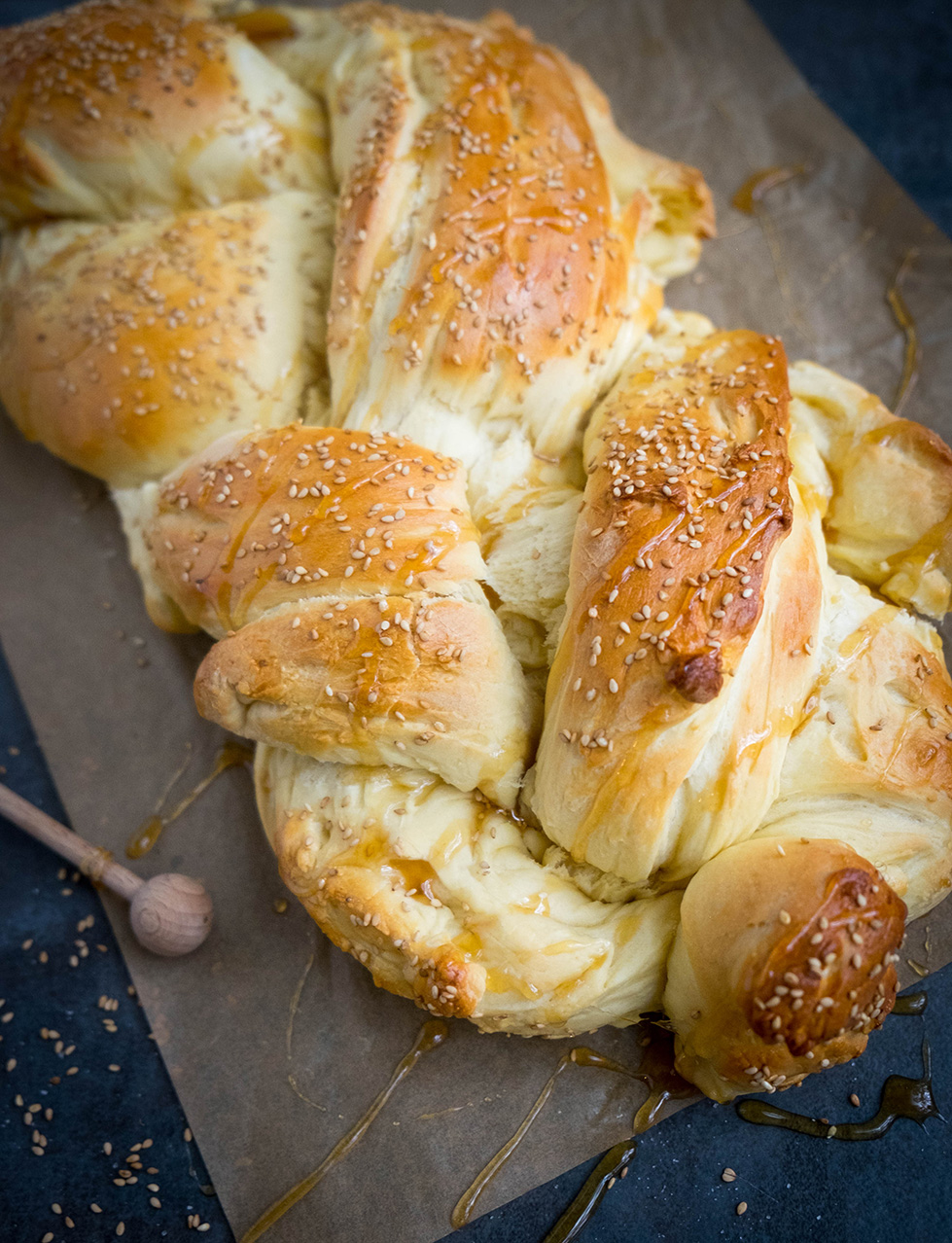 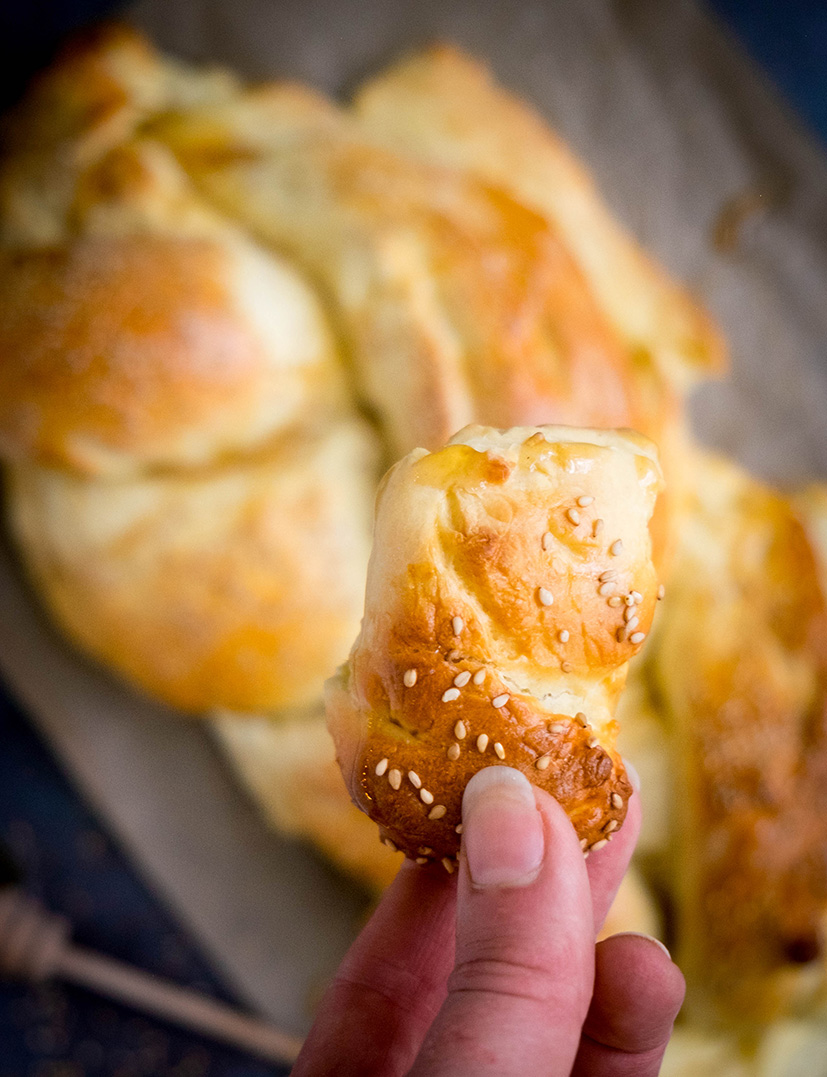 15 Best Places to Eat Like a Local in Tokyo

“Language Is Culture”: An Interview with Israeli...