Home Advice How Many Verb Tenses Are There in France? A Master Guide
Advice

How Many Verb Tenses Are There in France? A Master Guide 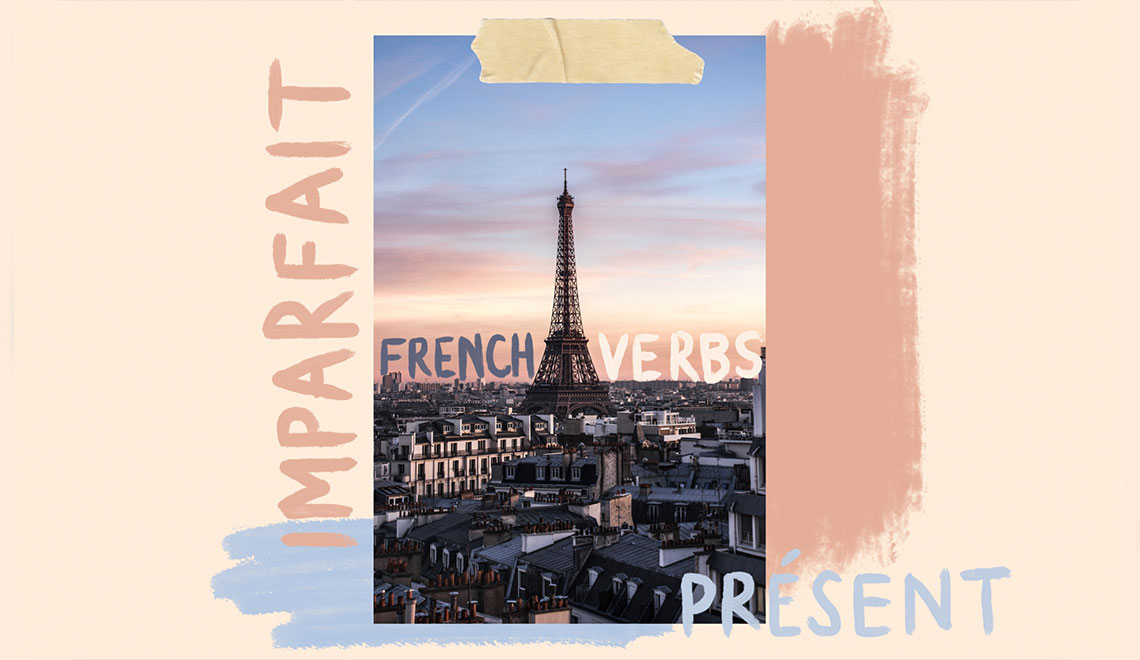 Ah, grammar. The system of language gets a bad rap among language learners. If you’re learning French, and it’s 21 different verb forms, you’ve probably struggled over a few verbs charts or stumbled through telling a story in the future tense. We’ve been there, and we feel you, which is why we wanted to put together this master guide to help you along with your grammar-learning journey. Language learning is more of a roller coaster than a walk in the park, so we’re here to keep the fear to a minimum and the fun to a maximum.

French grammar is on the more complicated side as grammar systems go. You have languages like Indonesian with no verb tenses, which makes French’s 21 different verb forms seem pretty complex. In general, grammar experts believe there are three main tenses: past, present, and future. But you also have the subjunctive mood, which can’t technically belong in the simple past or simple present and requires its own present and past tenses because actions in the subjunctive mood are considered subjective and uncertain.

For example, in French, the subjunctive mood is used with verbs like “believe.” If you say, “I believe Sarah likes chocolate,” you aren’t sure she likes chocolate. Therefore, the verb “like” would be in the subjunctive mood because it isn’t a sure fact. The rules for the subjunctive tense aren’t always straightforward. Still, for the most part, it’s used to talk about situations, emotions, or feelings that aren’t considered inevitable or the present reality. But don’t stress too much about the moods, we’ll get more into those later. For now here is a list of all 21 of the French verb forms:

Before we really get started, I want to clear up a few grammar definitions because these French explanations aren’t going to be helpful if you don’t understand what the English vocabulary even means. A verb tense shows the time period of the verb. We talked a little bit about verb tenses earlier, so you’ll probably remember that they come in three main tenses: past, present, and future. But there are a lot of variations on these three main tenses. For example, you have the simple present like “I eat,” but you also have simple continuous like “I am eating.” In both situations, the subject is eating in the present, but the meanings are slightly different.

Verb moods or modes are what we were talking about with the subjunctive tense. Verb moods can be used across different time periods, so you can have subjunctive in both the past and the present. In general, we speak in the indicative mood, which is used to talk about facts, opinions, or ask questions. But you also have verb moods like imperative, which is used in commands. In English, we don’t notice moods like subjunctive as much as we do in French, so it can be tricky to understand. So don’t worry if it takes you a few read-throughs to get these.

In order to break these 21 verb forms down as well as possible, we’re going to get started by splitting all of the French verbs into their different moods.

In French, just like in English, l’indicatif is the most commonly used mood. This mood is used to discuss facts and to ask questions. This is your most basic mood, so if you’re going to focus on mastering anything today it should be this one. There are 8 different verb tenses in the indicative mood: présent (present), imparfait (imperfect), passé simple (simple past), futur simple (simple future), passé composé (perfect), plus-que-parfait (pluperfect), passé antérieur (past anterior), and futur antérieur (future anterior).

The imperative is probably the most straightforward verb mood because it is only used in two different verb forms: present and past. Though it is uncommon to see the imperative used in the past, so I would only worry about the present form. The imperative is used to make commands like, “Stop!”

Le conditionnel is a little confusing because *technically* it can be defined as both a mood and a tense, but we’re just going to think about it as a mood to keep things simple. The conditional mood is used to talk about things that may or may not happen. In English, we use the conditional mood when we use the word “would.” It’s commonly used in si (if) clauses, just like it is in English.

Just like the infinitive mood, le participe présent is considered an impersonal mood. There is only one form of le participe présent, but it can be used in different ways. The English version of a present participle is a verb ending in “-ing.” In French, the form ends in “-ant.” The present participle can be used to modify a noun like, “Ayant faim, elle a mangé deux hamburgers,” or “Being hungry, she ate two hamburgers.” When “en” is added before the present participle, it becomes a gerund (le gérondif), which can be used to describe an action that co-occurs with another, to explain how something happens, or to replace a relative clause.

So if we add up the eight tenses in the indicative, the four tenses in the subjunctive, and the three tenses in the conditional, we have 15 tenses to dive into. We’re going to skip over the imperative form, the infinitive form, and the present participle because there’s not much more to dive into for those ones. Let’s get started!

The present tense in the indicative form is used to talk about something happening in the current moment.

Nous mangeons du chocolat. = “We eat chocolate.” or “We are eating chocolate.”

The French don’t have a separate present continuous verb form like we do in English, so “I dance” and “I am dancing” are both represented by the same verb, je danse. But, if you want to say you are in the middle of dancing, you can say, je suis en train de danser. The phrase “en train de” is used to describe an action that is in the process of happening.

Le téléphone sonnait quand il est rentré. = The phone was ringing when he came back.

Quand j’habitais en Californie, je buvais un smoothie chaque matin. = When I lived in California, I used to drink a smoothie every morning.

The imparfait is also used to talk about physical conditions, feelings, attitudes, time, weather, and the date.

The passé simple is another form of the past tense, but it is rarely used in everyday speech. But, if you want to pick up and read a French book, you should definitely learn the passé simple, as you’ll see it everywhere in professional French writing. The meaning that passé simple conveys is no different than passé composé. You can think of passé simple as passé composé with a haughty attitude and a tailored suit.

Il parla au roi. = He talked to the king.

The futur simple is used to talk about future events. This verb form is crafted by taking the verb’s infinitive form and adding the ending –ai, –as, –a, –ons, –ez, –ont. If this seems complicated, you’re in luck because there are actually two ways to talk about future events in French. On days where you’re feeling like you have la flemme, you can just conjugate aller (to go) before whatever verb you want to talk about in the future. For example, je vais m’amuser demain, or “I’m going to have fun tomorrow.”

*OR* you can use aller! Just know that when you’re using aller, it’s not technically considered a future tense. It’s simply viewed as an alternate way to talk about future events.

This is the verb tense that took me the longest to employ in everyday language. In English, the plus-que-parfait is referred to as the pluperfect or the present perfect and is crafted with the word “had.” For example, “I had already finished dessert by the time my husband came home.” It’s used to talk about events that happened before another event in the past.

J’avais beaucoup pratiqué avant de pouvoir parler français parfaitement. = I had practiced a lot before I could speak French perfectly.

Nous serons déjà partis quand vous arriverez. = We will have already left when you arrive.

Bien que = so that

This is definitely not an exhaustive list, so feel free to look up a more extended list if you’d like to memorize them all. The French are typically more forgiving with mistakes involving the subjunctive because they know it’s not easy. If this feels like a lot, just focus on the indicative tenses for now.

Je doutais qu’ils eussent fini leur devoirs avant minuit. = I doubted they could have finished their homework before midnight.

The conditional tense, along with the futur simple, is one of the most uncomplicated French tenses to get the hang of (besides the imperative). The conjugation is constructed with the verb’s infinitive form with –ais, –ais, –ait, –ions, –iez, –aient. There are a few irregular conditional verb stems, but you’ll be pretty safe with this verb tense in general. You use the conditional tense in si (if) clauses. As a mood, it can be used to talk about hypothetical or dream realities.

J’aimerais habiter à la plage. = I would like to live at the beach.

Si tu m’avais donné la robe, je te l’aurais redonnée. = If you had given me the dress, I would have given it back.

Si tu m’avais donné la robe, je te l’eusse redonnée. = If you had given me the dress, I would have given it back. (conditionnel passé II)

Nous aurions aimé habiter en Europe quand j’étais plus jeune. = We would’ve liked to live in Europe when I was younger.

Nous eussions aimé habiter en Europe quand j’étais plus jeune. = We would’ve liked to live in Europe when I was younger.

You did it!! You made it through all of the French verb tenses like a champ. If you’re feeling overwhelmed by all of the grammar, don’t sweat it. Once you have the imperative mood down you’ll be able to communicate and be understood. Language-learners are far from perfect, but we like it that way because it means our language-learning journey is never over!

I Want to Break Free (From TEFL Teaching): Finding Work in Spain