How Rosetta Stone is Helping Indigenous Communities Reclaim Their Languages 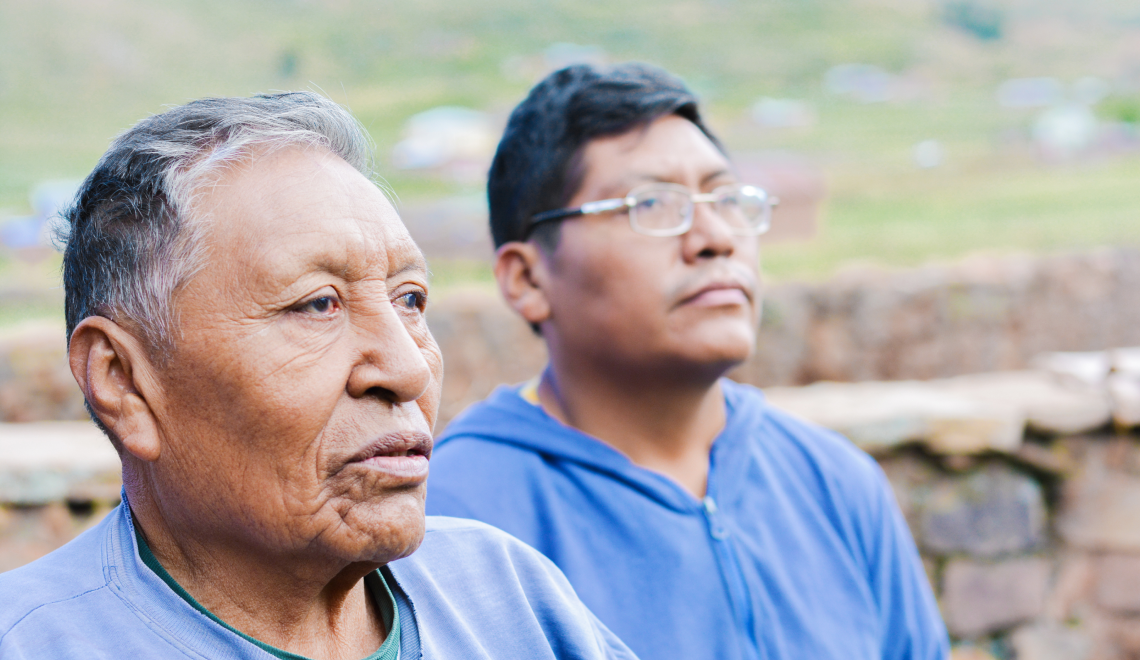 Language is deeply intertwined with history and culture. Consider lines from iconic speeches (“I have a dream”) that continue to shape social movements, or regional slang that, when used miles away from home, makes friends out of strangers. Most would agree that language is personal—it ties us to family, to the land we live on, and in doing so, exists as part of what makes each of us unique.

This connection between communication and identity is what makes language so deeply important. But while certain languages rise in usage around the world—including English, Mandarin, and Spanish—many long-spoken languages are at risk of disappearing entirely. Across the globe, as many as 50 to 90 percent of the world’s 7,100+ languages may be extinct within this century.

Rosetta Stone’s Endangered Language Program is helping to turn the tide. Let’s take a look at how our language experts and Indigenous groups are working together to reclaim their languages and cultural identity for future generations.

What is the Endangered Languages Program?

For more than two decades, Rosetta Stone’s Endangered Language Program has partnered with communities around the world to ensure at-risk languages are recorded and taught to younger generations.

Each initiative begins by mapping out the building blocks of language, including sound or writing systems, grammar, and vocabulary, for that endangered language. Then, Rosetta Stone and the community work together to build a full curriculum unique to the needs and goals of each language community. No single curriculum is the same, and the structure of each learning program is quite different from what learners would encounter on other editions of Rosetta Stone. For a scaffolded and immersive learning experience, courses are broken into units and individual lessons.

Culture and community are deeply embedded in the learning process. From photos and illustrations to voices and music, much of the learning material comes directly from Indigenous members, and is a reflection of the unique vibrance in their everyday lives. Geographic and ethnically relevant content is central to learning narratives, while in-platform audio and video feature adults and children within each community.

Each project is a multi-year commitment. Once a project is finished, learning programs are used in schools, homes, and offices, and available for use by members living off the reservation.

What languages have benefited from the Endangered Language Program?

The Endangered Language Program has worked with several Indigenous languages across North America, including:

Why is the reclamation of Indigenous languages so important?

Dictionaries, language textbooks, and the work of linguistic experts—in widely spoken languages, these are living records of a language’s history, and provide building blocks for new and seasoned speakers. The impulse and reasons behind why communities record language is universal: Language is central and unique to the traditions, ceremonies, and spirituality of each community.

That reality is no different for Indigenous groups. Language is a crucial part of their identity; for younger generations, language is a powerful emblem of tradition, making it possible to uphold legacies and forge deep connections with their ancestry.

After centuries of colonization, the languages of Indigenous groups have experienced a long decline in fluency. In recent decades, and with the widespread usage of other languages, younger generations lack crucial knowledge of their native languages. Of Navajo children under the age of 17, only 50 percent were able to speak their native language in any capacity, at the time of the 2000 US Census.

Committing the language, stories, and voices of leaders in Indigenous communities to a learning platform captures precious knowledge that can be shared with future generations. Indigenous members, both young and old, now have a permanent record of language and a clear pathway for learning and teaching their communities.

How can I learn more?

For both the Rosetta Stone team and Indigenous leaders, building a custom language learning program is a significant investment—and one of the most vital efforts they can make for the long-term wellbeing of Indigenous groups.

If you’d like to learn more about the efforts to reclaim Indigenous languages, we recommend checking out the links below:

Cyber Week Deals: Give the Gift of Rosetta...

Try Language Learning Plans Based on Your Unique...

The Mechanics of Immersion

The Science Behind an Authentic Accent

Cyber Week Deals: Give the Gift of...

The Science Behind an Authentic Accent