Home Advice Speaking of German: How to Be More Conversational
AdviceCulture

Speaking of German: How to Be More Conversational 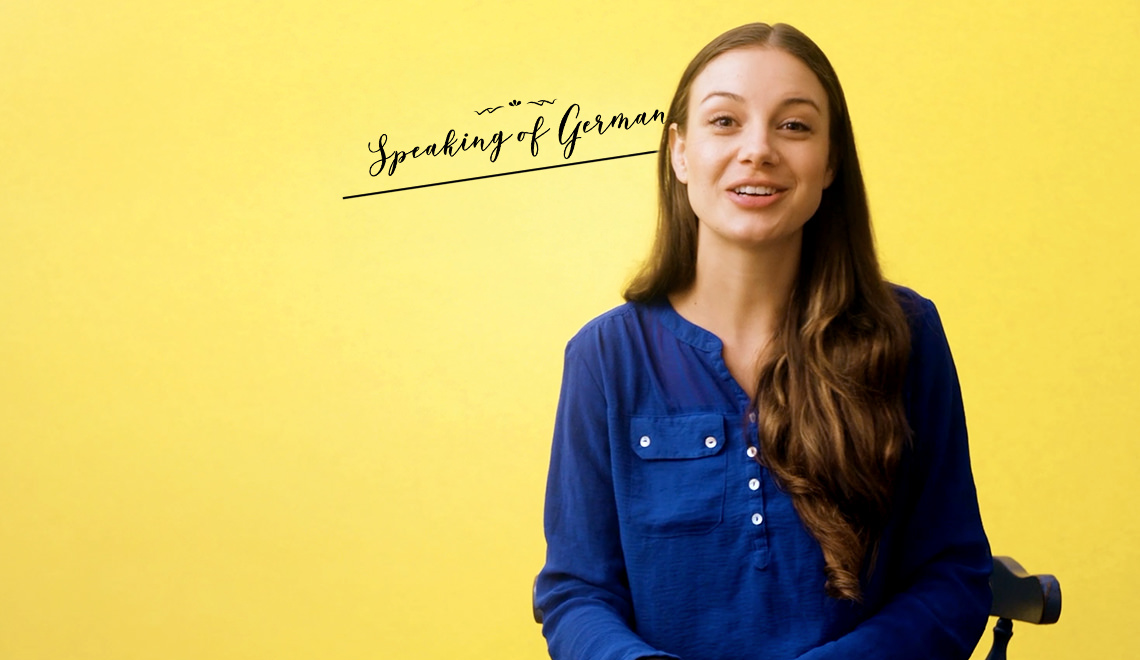 A common misconception about learning a new language is that you have to master the language before you can start speaking it. Actually, testing out your skills in the real world is one of the best ways to learn.

Below, find a few tips to help you get comfortable speaking German in casual settings.

While visiting Germany, skip the small talk and try one of these conversation topics instead.

If you dread the banality of “the weather, eh?” and other canned small talk phrases, you’ll find yourself in good company in Germany. For the most part, Germans will eschew pleasantries in favor of topics that incite more passion.

Here are a few idea starters:

Of course, there are a few topics you should probably avoid:

If you ask after someone’s health in Germany, expect a full report.

In America, “How are you?” is more of a greeting. If you ask someone the German equivalent, such as Wie geht’s or Wie geht’s dir? expect an honest response. Responses you may hear include:

Ich bin ein bisschen erkältet.
I have a cold.

Note that in Germany, you’ll want to have established some form of relationship with someone before asking them how they are doing.

Feel free to sprinkle in a few German idioms.

Idioms are like a language’s secret handshake, because to know them requires a much deeper understanding of the language, culture, and context.

Luckily, we’ve given you a head start. You can find a few useful idioms below and a more extensive list here.

Um den heißen Brei herumreden
Avoiding an awkward conversation? Instead of ignoring the elephant in the room, or beating around the bush, you could say this phrase, which translates to “to talk around the hot porridge.”

Ich verstehe nur Bahnhof
The next time you mean to say “it’s all Greek to me,” try this phrase instead, which translates to “I only understand train station” or this is difficult to understand.

Tomaten auf den Augen haben
Try this the next time someone is oblivious to what’s going on. It literally means “to have tomatoes on your eyes.”

Immerse yourself in the German language.

You can supplement this with German podcasts, music, films, books, or video games. Whatever form of entertainment you love, there’s probably a German equivalent out there.

You could also head to a Biergarten or other gathering spot, prepared with a friendly, “Schmeckt euch das Bier?” or “Do you like the beer?” or “Was gibt’s gut zu essen?” or “What’s good to eat?”

The more you listen and speak in German, the more comfortable you’ll feel.

Now, if a conversation is going on too long . . . there are many polite ways to end it.

Direct communication is one of the many perks of German conversations. Unlike Americans, Germans aren’t easily offended when people have other things to do or wish to do something else. It’s only considered rude if you go out of your way to make it rude.

Leider muss ich los.
Unfortunately, I have to go.

Ich muss gehen.
I must go.

Ich muss los.
I must leave.

Now that you’re a little closer to speaking German, why not go all in?

TRY IT FOR FREE
GermanSpeaking of...
0 FacebookTwitterPinterestEmail

Everything You Need to Know About Umlauts

5 Things I Learned in French Class...