How to Look Like a Local on Your European Tour

When you’re traveling abroad, the last thing you want to do is signal that you’re not from around these parts. And it’s not just about having an authentic experience on your European tour. It’s also about showing respect for the culture and the country you’re visiting. In Europe, there is a certain je ne sais quoi that identifies locals, but you can mimic it pretty closely if you follow a few basic rules. Number one thing to avoid? Don’t ask anyone to pass the ketchup. Enjoy the local cuisine the way it was intended without coating it in a heavy layer of condiments or salt. That strange pile of spätzle on your plate is all part of having an authentic experience abroad. And like many other places around the world, Europe doesn’t serve tap water or ice. Most of the countries you’ll visit offer sparkling water, typically served warm. Science indicates that drinking room temperature water with your meal might increase your body’s ability to savor the flavor. Bon Appetit!

Talk like a local tip: When in a Paris cafe, get a gold star by asking for your waiter’s recommendation.

“Qu’est-ce que vous recommandez?” (What do you recommend?) Europeans say they can identify foreigners by the shoes they sport as they struggle down the cobblestone streets. High heel and sandals aren’t practical to wear on uneven ground and sneakers are often deemed too casual by Europeans for everyday wear. Also considered inappropriate are khakis, shorts, camouflage, baseball caps, bright colors or patterns, and shirts with sports logos emblazoned across the front. Your best bet? Wander into trendy shops with European roots like H&M, Zara, or Topshop and buy a few items that’ll help you blend in. Especially that trendy European scarf.

Put Yourself in the Picture With two pounds of camera equipment strapped around your neck and a map in hand, it’ll be hard to pass as anything but a tourist. Instead, try to take pictures discretely and review the guidebook before you head out for the day. And if you must take an Insta-worthy shot, do it sans selfie stick.

Talk like a local tip: Need to ask someone to snap a shot of you in front of the Eiffel Tower? Flag down a passerby with this phrase.

“Pouvez-vous prende une photo de moi?” (Would you take a picture of me please?)

Know Before You Go 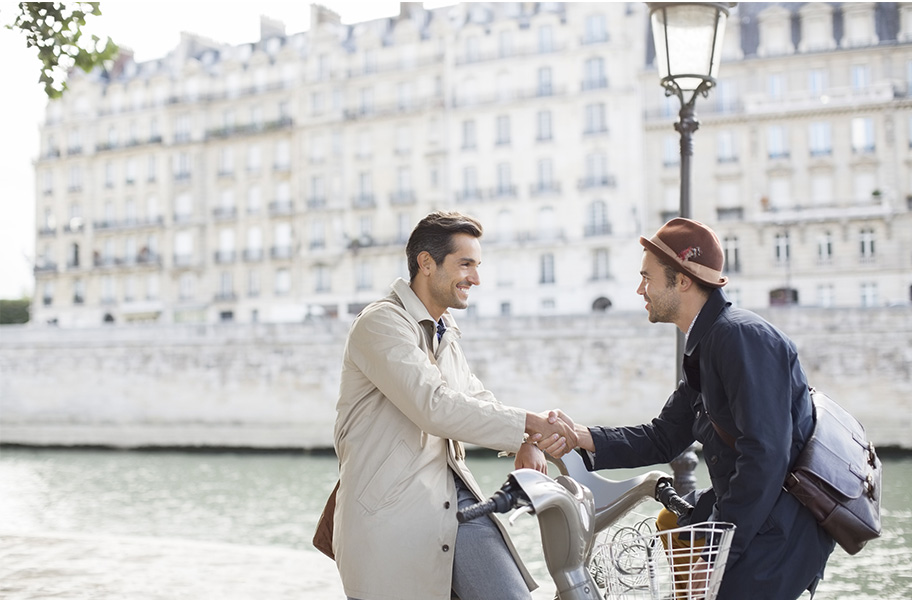 The importance of this cannot be overstated. Study up on the customs of the country you are visiting, including methods of greeting and handshakes. Here are just a few to keep in mind:

In Europe, conventions like tipping are not considered customary but things like pedestrian laws are strictly observed (did you know you can be fined for splashing pedestrians in England?). Try to learn as much as you can about common social rules and gestures before you travel to show respect for the local community and culture. 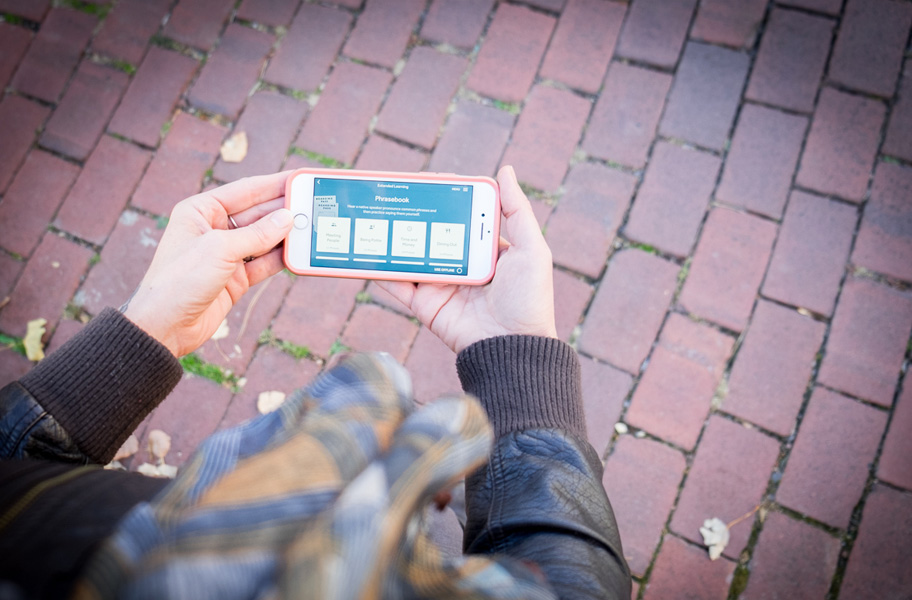 While many Europeans do in fact speak several languages, it’s considered poor manners to rely on their courtesy to get by. Even if you’re just beginning language lessons, our free Phrasebook feature lets you carry a common phrases that’ll come in handy in public, like asking for the bathroom, ordering food, or buying tickets (available in English, French, German, and Spanish). Simply download the Rosetta Stone Learn Languages mobile app on iOS or Android to get started. And remember, practice makes perfect.