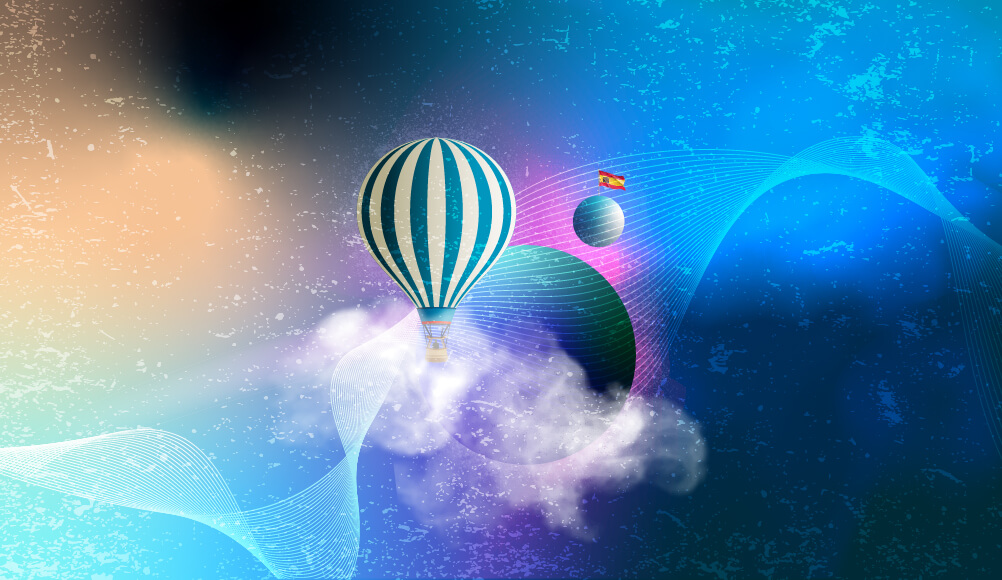 One year in Spain turns into almost eight years in Spain really fast. Oh, wait, that’s not the norm? That was just me? Cool, cool, cool, cool, cool. As I find myself reflecting on how much time has passed—years filled up with countless funny (and also not-so-funny) experiences and a relentless use of my five senses—I catch myself thinking about the different types of conversations I’ve had about my time in Spain. Trust me, I’m no cynic, but when people ask me about it, I can tell they don’t really care about what I’ve been doing or why I did it… they care about how I’ve done it.

I’m just a Midwestern gal who decided to up and move halfway across the world, figuring it out on my own as I went.

Amid the shutting of bank accounts and cell phone contracts for my own move back to the U.S., I figured there’s no better time for me to unload the logistics on how to make working abroad work. Let me be honest here, though: I’m not a lawyer nor a government employee. I have no special “in.” I’m just a Midwestern gal who decided to up and move halfway across the world, figuring it out on my own as I went. But if my personal experience about working abroad can help you check an item off your bucket list or tackle a New Year’s resolution, color me thrilled!

You don’t have to be in love with Spain from a young age to want to move there, albeit that was the case for me.

You don’t have to be in love with Spain from a young age to want to move there, albeit that was the case for me. Traveling back in time to the mid-2000s, I was lucky enough to visit both Madrid and Barcelona, respectively, with my high school Spanish class, and I loved both trips enough (despite experiencing my first bout of food poisoning) to know that I wanted to visit the country again as a study abroad student. You’ll laugh when I tell you that, despite wanting to go back to Spain, I wasn’t sure I could handle being away from home for a full semester, so I opted for a nine-week summer program.

No prior teaching experience is required, which may sound wild to your average human being

Come December 2011 and my impending college graduation, those nerves I previously had about being away from home became a serious non-issue. As I applied for journalism jobs left and right, I threw my hat in the ring for a Spanish government program called Auxiliares de conversación, too. The program, which any native English speaker is welcome to apply to, gives you the opportunity to go live and work in Spain as a Language and Culture Assistant in the English classes that form part of the standard curriculum in Spain’s public school system.

No prior teaching experience is required, which may sound wild to your average human being with a standard amount of critical thinking, logic, and reason, but based on the classrooms I formed a part of, I can assure you it definitely wasn’t necessary. As long as you don’t mind being around and interacting with children anywhere from ages three to 18, you’re good to go. Ultimately, what it comes down to is that this teaching program is the most fool-proof, least-stressful way to live in Spain as an American with a lone U.S. passport. (Over the years, I’ve learned, much to my chagrin, that a U.S. passport is basically good for nothing anywhere outside of the U.S.—but more on that later.)

As long as you don’t mind being around and interacting with children anywhere from ages three to 18, you’re good to go.

Becoming a teacher when you aren’t one

Have you ever thought about becoming a teacher before? Yeah, me neither. While there are definitely other, albeit more complex, ways to work abroad in Europe as an American, this Spanish government program is the most accessible way to get your foot in the door. The application process is straightforward, and a checklist is provided.

Have you ever thought about becoming a teacher before? Yeah, me neither.

Once you finish the application, the only supporting documents you need to turn in with it are:

Apply as early as possible, and you’ll not only make the whole process a lot easier for yourself, but also increase your likelihood of receiving a placement. I recommend setting reminder notifications for yourself in your phone’s calendar. The program used to accept roughly 2,000 applicants a year, but the number has lowered to 823 for the 2020-2021 school year. The website they use for the application process, Profex, also dates back to the Stone Age, so it’s advisable to give yourself some wiggle room to gather your materials, get familiar with the website, and officially fill out and submit everything.

All the paper and all the work

In case you didn’t catch on yet, I got a slot in the Language and Culture Assistant program for the 2012-13 school year—and simultaneously rejected from every journalism job I applied for—so Spainward bound I was! I will admit, though, that there was a bit of a waiting game involved. For the 2012-2013 school year, I applied at the end of November 2011 and didn’t hear I had been accepted until five months later in early April 2012. Once you’ve secured a spot in the program, you won’t find out what town or city you’ve been placed in until anywhere from late April to mid-May. I didn’t receive the email with my placement until June 6—leaving me with roughly three months to sort out my visa and wrap my head around where I’d be calling home for the next year.

Visa is a scary word—no matter whether you’re talking about your credit card bill or the ability to exist in another country for a while. For this program, you need to apply for a student visa, even though you’re definitely going to work, not study (your first taste of Spanish bureaucracy at its finest). It took me exactly a month to gather all of the necessary documents for my student visa, which were:

Visa is a scary word—no matter whether you’re talking about your credit card bill or the ability to exist in another country for a while.

Once you find the closest consulate, you should have no trouble finding the PDF (like this one for Chicago) that details the exact requirements for each of the above documents for the student visa application. I know it looks like a lot. You may not believe that I sorted out all of the above in 30 days, but I have the “receipts” (emails with timestamps), as the kids say these days.

With approximately 1,000 sheets of paper in hand, I made my in-person consulate appointment online on July 6 for the following Wednesday, July 11, at 9 a.m. and asked two friends to take a day trip down to the Consulate General of Spain in Chicago with me. Upon arrival, I might have accidentally argued with a grumpy consulate employee who tried to pull a fast one on me—not my finest hour, I’ll admit—but hey! You bet I got that visa application submitted, accepted, and processed.

Time to hit the road, Jack(ie)

A true test of patience, I gazed longingly at my inbox every day, awaiting news on when I could pick up my passport with my shiny new visa. On August 31, the email notification came—less than a month before I shipped out. Dangerously close to the start of my Spanish adventure, my parents like to describe my behavior during this period of time as akin to getting cold feet before your wedding day. I was about to move sight unseen to a tiny town of roughly 12,000 inhabitants—Valverde del Camino in the province of Huelva—where I had gotten placed by the program, with two suitcases, no apartment, no bank account, no cell phone number… you get the picture.

Apparently, the blind faith of a 22-year-old recent college graduate with serious wanderlust knows no bounds.

Moving halfway across the world with essentially nowhere to stay probably sounds nuts. In retrospect, I fully agree. Let me reiterate, though: I was moving to a blip of a rural Spanish town where websites like Craigslist and Apartments.com didn’t exist. Almost eight years later, it seems there’s been slight progress. One of the main websites in Spain for apartment rentals now has a whopping total of six listings for Valverde. At the time, however, I had nowhere, and no one in Spain, to turn to, so my rationale for not having an apartment held up. Apparently, the blind faith of a 22-year-old recent college graduate with serious wanderlust knows no bounds. I’m glad (and surprised?) my parents didn’t outwardly show more signs of immense panic.
Once I got to Valverde, which was the first and last time I would ever take that eight-hour coach bus from Madrid, my adventures in TEFL, or Teaching English as a Foreign Language, began. Before this turns into my nonfiction book debut on living and working abroad, though, you’ve now got living, breathing proof that moving to Europe as an American is absolutely doable. Hay que echarle ganas, as the Spanish say, which roughly translates to, “You have to give it your all,” but it can be your reality if you’re willing to work for it. If your goal this year is to move abroad, stick with me on this journey. I’ll be compiling all of the relevant milestones of my experience overseas—and sharing them with you as I go.