How To Say the 12 Months of the Year in Spanish 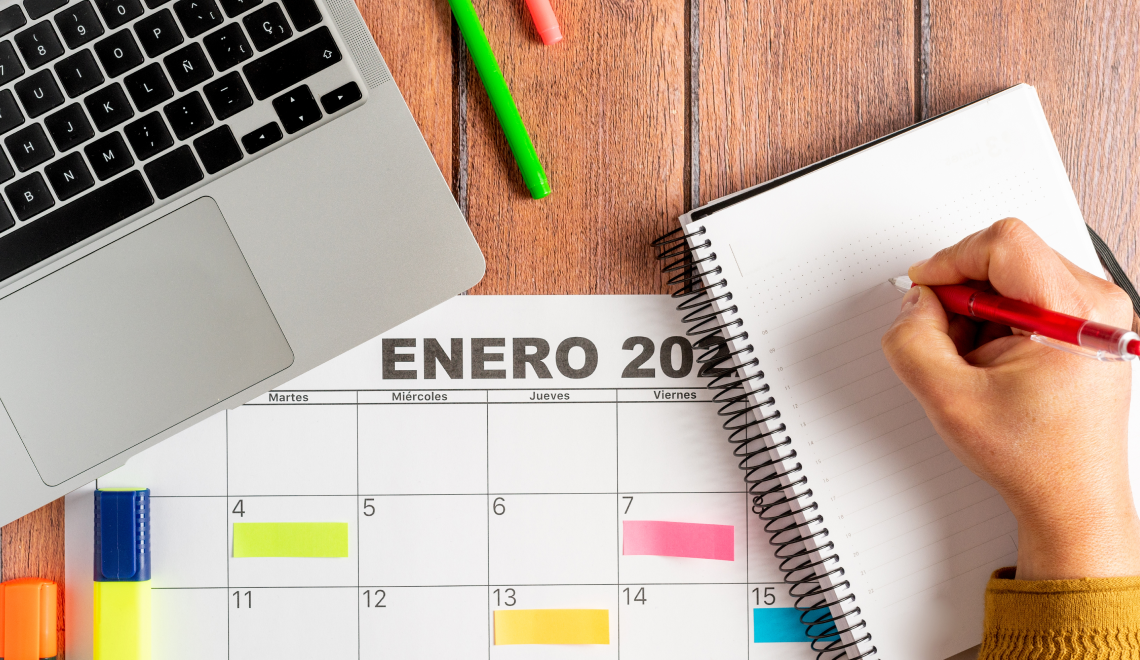 Read on for some important grammar rules, helpful expressions for talking about the months in Spanish, and some fun facts about the origins of each month’s name!

Here is a list of the 12 months of the year in Spanish:

How to spell “September” in Spanish

You’ll notice that the month of September can be spelled in two different ways: septiembre and setiembre. The spelling varies because the Spanish-speaking world is so large in terms of both geography and population. While septiembre is usually used, some countries, Costa Rica for example, use setiembre more widely. The easiest way to determine the proper spelling is to look at a local calendar!

Grammar of the months in Spanish

The months in Spanish are not capitalized

Unlike in English, the months in Spanish are not capitalized. The only exception is when they’re used at the start of a sentence or part of a title.

The months in Spanish are masculine

But unless you’re using adjectives, like the two examples above, you don’t need to use an article when talking about the months in Spanish. For example:

How to say the date in Spanish

In Spanish, the day always comes before the month. This is the case whether you’re writing or speaking Spanish. The structure for dates in Spanish is “el + (day) + de + (month) + de + (year).” For example:

If this pattern is a little confusing to you, it helps to know that the format for abbreviating dates in most Spanish-speaking countries is day/month/year. For example:

Need a refresher on your Spanish numbers? Learn how to count from 1-10 in Spanish.

How to use the months in Spanish in a sentence

Now that you know how to spell the months in Spanish, let’s look at some helpful vocabulary, common phrases, and example sentences for talking about the months.

To express that something will happen in a particular month, use “en + (month).”

Note that you generally don’t need to use an article when talking about the months in Spanish. For example, you wouldn’t say “en el noviembre” in the sentence above.

To talk about something that happens every month, say “cada + (month).”

The Spanish word for “before” is antes. To use it in a sentence, add de as a preposition. The correct structure is “antes de + (month).”

The Spanish word for “after” is después. To use it in a sentence, add de as a preposition. Say “después de + (month)” to express that something is happening after a particular month.

To talk about an event that started in the past, say “desde + (month).”

Use “hasta + (month)” to talk about something happening until a certain month.

7. Next: próximo or que viene

To express the “next” or “coming” month in Spanish, you can use próximo or que viene interchangeably.

Unlike the previous phrases in this list, you do need to include the article el when talking about “next month” in Spanish. That’s because “next” is used as an adjective.

Use “el + próximo + (month)” or “el + (month) + que viene” to talk about something that is happening in a future month. Examples:

Just like “next,” “last” is also an adjective, which is why you need to include the article el. Further, pasado works like a traditional adjective in Spanish in that it comes directly after the noun.

To talk about something that occurred in a previous month, use “el + (month) + pasado.”

Origins of the names of the months in Spanish

As a Romance language, Spanish contains a good number of words of Latin origin. The names of the months have origins not only in Latin but also in the culture of the Roman Empire. The names of the first eight months derive from Roman culture.

Rhymes to remember the number of days per month

If you have trouble remembering how many days there are in each month, there is a rhyme in Spanish to help with that. Here are a few variations:

Learn how to use the months in Spanish conversations

Are you interested in learning how to use the months in conversation with Spanish-speaking friends? Rosetta Stone can help you learn a language faster and more confidently than you would if you studied on your own.

Hone your language skills with bite-sized lessons that immerse you in a language with images and audio from native speakers rather than pages of vocabulary, and get immediate feedback on your pronunciation with Rosetta Stone’s TruAccent technology. You can also schedule a session with one of our expert language tutors to practice your speaking skills. Visit rosettastone.com or practice on the go with the Rosetta Stone app to start your language journey today!

100+ Basic French Phrases for Every Situation