Home Advice How to Type Accents in Any Language
Advice

How to Type Accents in Any Language 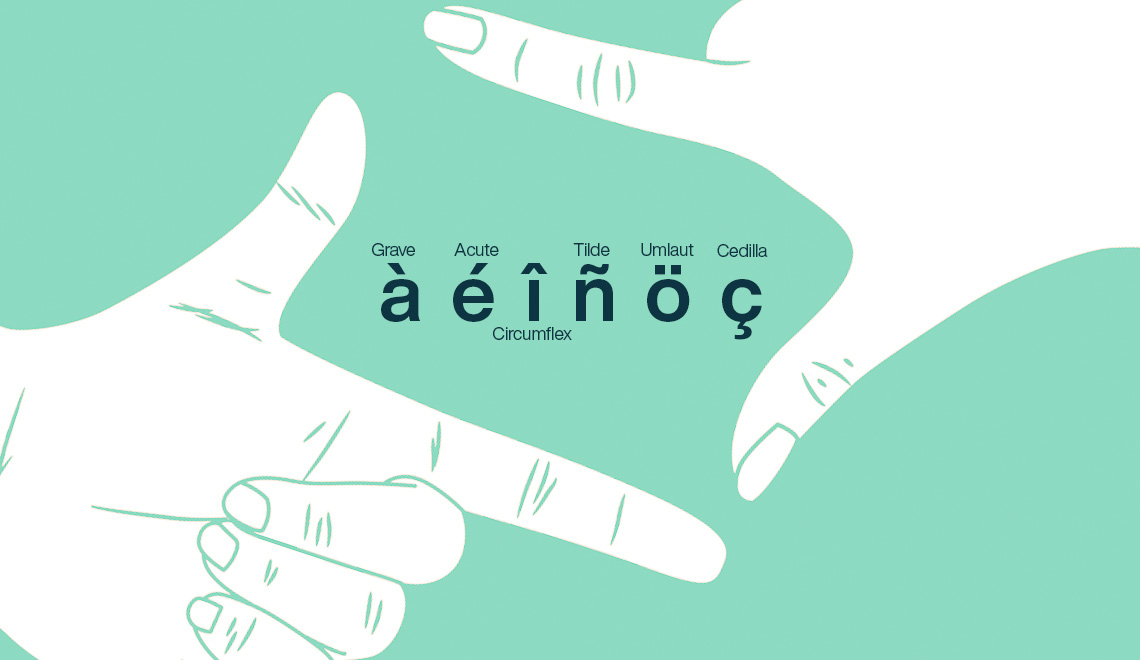 Take a glimpse at other languages, and you’ll discover all sorts of accent marks and punctuation that looks unfamiliar. Accent marks are called diacritics and they’re used in languages derived from Latin, like French or Spanish. Usually, these marks indicate changes in pronunciation or are used to differentiate between words that are homonyms (spelled the same but with different meanings). You’ll also find accent marks in other languages like Arabic and Hebrew, where they perform functions beyond pronunciation guidance.

You might assume that leaving off these fiddly little marks isn’t a huge deal. They can be a nuisance to hunt down on a keyboard, and surely you have better things to do. Everyone knows what you mean, right? But in the Spanish language, where accent marks separate a homonym from another word, the difference can be quite critical. It’s the distinction between saying mas (but) and saying más (more) in Spanish.

There are a few different kinds of diacritics or accent marks that are common across Latin languages. In French, for instance, you’ll notice the following diacritic marks used.

Spanish also uses the acute accent, but the language also includes others such as the diaeresis (ü) (referred to as an umlaut in German) and the tilde (ñ). Now that we’ve made clear the essential role accent marks or diacritics play, let’s discuss how to make using them a little easier.

How to type accents on any computer

Resorting to copy and paste is slow work and will only get you so far. Figure out a better long-term solution if you plan to be writing frequently in a language that uses diacritic marks. There are several online keyboards in various languages that can help you get the job done for shorter passages of writing.

Generally, if you’re using Microsoft Word or Google docs, you can insert special symbols into any document. In Microsoft Word, it’s as easy as accessing the INSERT tab on your doc and selecting symbols from the upper right. Once there, you can pull up a character map and use the drop-down menu to choose specific languages.

In Google Docs, navigation is similar. Selecting Insert from the top menu will help you pull up a Special Characters window from which you can also choose symbols in a specific language.

If you’re using a PC, you may be able to switch to an international version of your keyboard. Go to your start menu, then select settings. Look for the time and language option, then click region and language. You’ll want to choose English (United States) or whatever your keyboard is programmed to deliver, then click options and pick an international keyboard. Once you’ve downloaded the international keyboard, Microsoft has a handy list of shortcut options so you can pull up accent marks in any language.

No matter what kind of keyboard or operating system you have, if you know the shortcut code, you’re in luck. These codes are usually accessed by combing the Alt key with a sequence of letters to produce a specific letter with a diacritic mark. The sequence of numbers can be difficult to remember so print and keep a reference near your computer.

How to type accents on your smartphone or mobile device

Let’s be real —life is mobile. Chances are you’re going to need to learn how to make accent marks on your mobile keyboard. Fortunately, it’s actually a bit easier to access the special characters needed for each letter on smartphones, tablets, and other mobile devices.

Making accents on your iOS device

This feature couldn’t be simpler to access. Just type away as usual, but when you get to the letter with an accent mark, hold down on the key until you see a pop-up. This little window will give you an option to select variations on this letter with the appropriate accent mark or diacritic you’re looking for.

Making accents on your Android device

There are lots of differences and nuances between Apple and Android devices, but this is one similarity that makes it easy on everyone. Android enjoys the same hold and press feature for calling up accent marks. Just slide your finger on over to the one that you want and keep typing away in any language.

Ready to stop typing and start learning to speak the language?

TRY IT FOR FREE
0 FacebookTwitterPinterestEmail

Struggling with Indirect Object Pronouns in Spanish? We Can Help

An Author’s Picks in His Hometown of...

Dreaming in Another Language: What Does It...