Home Advice I Can’t Learn a New Language as an Adult, Right?
AdviceCulture

I Can’t Learn a New Language as an Adult, Right? 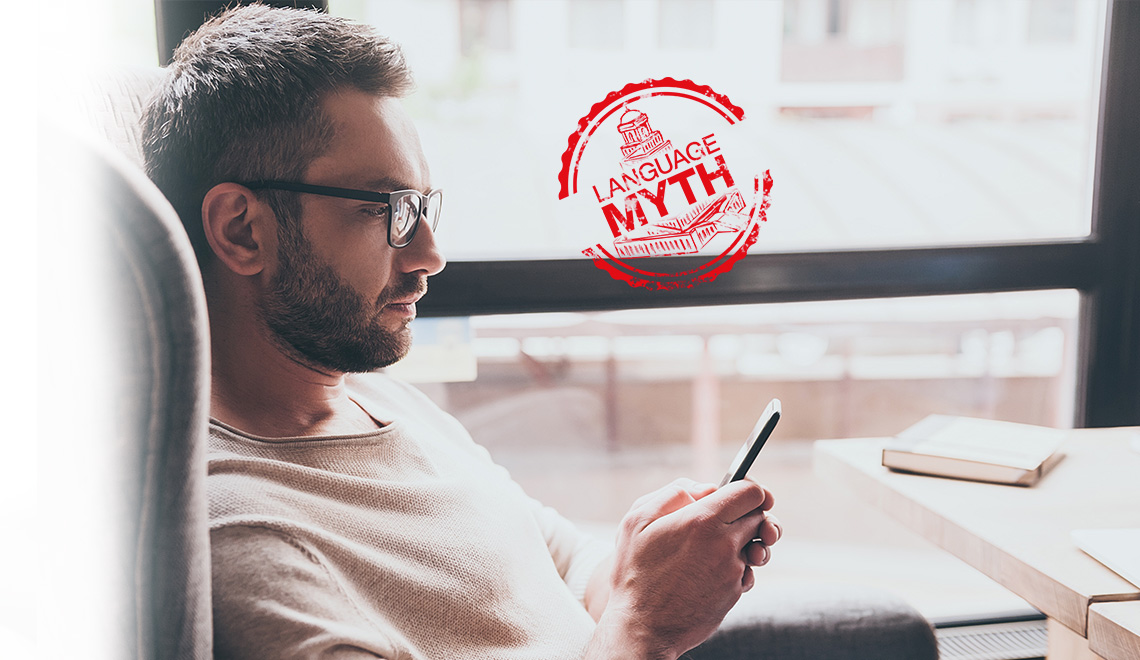 You’ve probably heard this already––that after puberty, learning a language just isn’t worth it. Reality: it’s all a myth. The origins of this tale come from a body of research that highlights children’s natural inclination to acquire language. A young brain is more “plastic” than an older one. Neuroplasticity refers to the brain’s ability to change. Because language learning includes brain changes, these processes intertwine. However, even if our brains are less plastic as adults, the ability to speak new languages doesn’t go away. While it’s unquestionably true that kids have an easier time picking up languages, you can learn a language at any age (and there’s science to prove it).

While it’s unquestionably true that kids have an easier time picking up languages, you can learn a language at any age (and there’s science to prove it).

Where does this myth come from?

When we reach adolescence, the amount of synaptic pruning that occurs in our brain rapidly decreases. This is a natural process of maturation. With that decrease in pruning, however, comes a shift in language acquisition abilities. This shift is often misperceived as the closure of the language learning window. But the truth is that those abilities just change—they don’t disappear.

So what’s fact versus fiction?

Getting older comes with benefits…

Contrary to what some beauty ads tell you, growing older comes with a ton of perks. Unlike children who are learning a language, adults have larger vocabularies. This means that they take their knowledge and apply it in the learning process. Similarly, if an adult has already learned another language, that could help in the pursuit of a new language.

A person who speaks Italian, for example, might find many cognates in Spanish, making the process of learning much easier. A child, who is still picking up new words, may not be able to forge the same connections.

Problem-solving abilities come later in life, which are crucial when figuring out tricky language conundrums. Because children are still developing such abilities, they may not be able to deploy them as effectively during the learning process.

Older adults, for example, do not always pick up new sounds right away. While a kid is more likely to replicate the correct pronunciation, an adult might have a harder time. You should know, though, that TruAccent––Rosetta Stone’s speech engine––works for every language learning age.

Time to learn is a factor, as well. When you’re a kid, there’s ample room for reading, listening, and speaking at home and in school. Adult life, however, is rife with work meetings, relationships, errands, and, let’s be honest, stress. Don’t worry about that: Rosetta Stone makes scheduling lessons easy. We’ll nudge to keep you on track and tailor your learning plan.

Adults are far too quick to say “I’m too old for that.”

We hear this a lot when it comes to language learning, specifically with phrases like, “I’ll never be able to speak Chinese, so why bother?” or “I learned a little French in college, but it’s gone now.”

Sure, the brain of a 60-year-old will differ from that of an 11-year-old, but plenty of people learn languages throughout various stages of life. You’re only as limited as you think you are.

Consider this myth broken. What are you waiting for?

TRY IT FOR FREE
0 FacebookTwitterPinterestEmail

The 7 Best Languages to Learn for...