Lemons into Limonade: How My First Fumblings in French (and in Life) Made Their Way into “Emily in Paris”

Let’s get one thing straight right off the bat. I am not responsible for the Rosetta Stone line in “Emily in Paris.” Though I helped work on the show’s pilot, that line belongs to Darren Star. In fact, by the time Rosetta Stone came into being in 1992, I was on my way back from Paris to the U.S., having spent the previous four years living as an expat and working as a photojournalist in the City of Lights.

I learned French the old fashioned way: through grit, French boyfriends, and making a thousand tiny mistakes every day. For example: during my first month in Paris, I was invited to a dinner with my photojournalist colleagues. At one point, one of them turned to me and asked if I was still hungry: “T’as encore faim?”

“Non, merci,” I said, thrilled that I’d understood him. “Je suis pleine.” Which does not mean, “No, thanks, I’m full,” but rather, “No, thanks. I’m pregnant.” (The correct answer? “Non, merci, j’ai assez mangé.”) When my friend Marion’s father asked me what kinds of clothes college kids in America liked to wear, I wanted to say, “Ripped jeans.” But I mixed up the word for ripped––déchiré––with the word for regurgitate––déguelé––and proceeded to tell this distinguished French gentleman that kids in America liked to wear barf jeans. (Barf jeans! Ooh la la, la honte.)

Suffice it to say, I was the butt of many jokes. Only some of which I understood. This would serve me well decades later, in the writers room on “Emily in Paris,” a show which mines the fish-out-of-water, American-in-Paris trope for humor. How did I come to be in that room?

Let’s rewind two decades. I wrote a memoir about my years in Paris, Shutterbabe. It was published exactly twenty years ago today. Darren Star bought the rights to that book for Dreamworks, and the executives sent us on a week-long, fact-finding research trip to Paris, which I eventually wrote about in O, The Oprah Magazine.

There, in Paris, I introduced Darren to my best friend, Marion, an editor at Paris Match: my Mindy, in other words, with whom I spent hours at the Au Père Tranquille and Café Flore, gossiping about our various amours, talking about our early career struggles, and learning to be adults. I took Darren to visit my first Parisian home, on the rue St. Hyacinthe, where I lived behind the placard of a closet in an apartment much smaller than Emily’s, with three other friends from college. (I would later move to my own studio on the rue St. Denis, with a view straight into the window of an old célibataire, who liked to cook in the nude.)

Darren and I visited my old photo agencies. We had dinner with my Parisian friends, many of whom told him funny stories about all of the mistakes I made, both in life and in French. One night, Candace Bushnell, who wrote the original Sex and the City column on which Darren’s show was based, showed up at the Closeries des Lilas with her friend, and the two proceeded to do the can-can in the middle of the restaurant. (“Les Americains,” I heard one French patron mutter, rolling his eyes and shaking his head at our mirth.)

Soon thereafter, Darren’s executives at Dreamworks left the company, and the dream of working on Shutterbabe the movie died on that vine. Multiple attempts were made over the years to turn Shutterbabe into a film or TV show, but I kept getting told that having a female lead with many explosives and multiple settings would be too expensive. (There is much I would like to say on this topic, but that is for another kind of blog post.)

Then, in the spring of 2017, Darren approached me again. He’d sold the idea of a TV show about a young woman who moves to Paris, only in this version it would take place in the present day, not the late ‘80s, and she would not be a photojournalist with multiple expensive settings and explosives but rather, well, he wasn’t sure. But definitely some job connected to the world of fashion or luxury that would keep her in Paris and give her a group of recurring characters as friends and colleagues. Would I help him flesh it out?

We met at his house in East Hampton in the summer of 2017 to hammer out the details. I told him about my friend, Alex, who worked as a chef at Taillevent, the famous Parisian restaurant, and how he would feed our group of expats every Sunday, a ritual lovingly recalled by novelist John Burnham Schwartz in the New York Times. And voilà! Gabriel was born. At the time, I’d just finished doing a two-year stint in pharmaceutical marketing, which we folded into Emily’s backstory. A year later, at Darren’s request, I created a list of American faux pas that he could use in the pilot, many of which made it in the show.

When I read and edited the first draft of Darren’s pilot, I told him it was missing an essential element: loneliness. Moving to a new country and learning a new language can be thrilling, of course, but not knowing a language can also be extremely isolating. On the most basic level, language unites us, helps us understand one another. This idea of Emily’s loneliness made it into the show.

Will Emily finally learn French, so she can be less lonely? Je ne peux pas vous dire. (I can’t tell you.) I just sold my own show, based on my new memoir, Ladyparts, so I won’t be working on season 2 of “Emily in Paris.” But I can tell you what I know from having lived abroad for four years, and that is the most important lesson of all of expat life in any city, not just Paris: learning the language of your adopted country is key, not only to becoming part of its fabric but to feeling at home in the world. And making mistakes––like, thousands and thousands of mistakes, again and again––is part of that process. You just have to throw away shame, la honte, and keep laughing at yourself. Eventually, you’ll get there. Especially now that Rosetta Stone makes it so much easier.

Mistakes, while learning a language in a new country, are useful. They allow for vulnerability, which cements friendships. Marion’s father, until his death, remained my friend, and he would always remind me of my barf jeans, which made us laugh. Those colleagues to whom I erroneously said, “I’m pregnant,” in lieu of “I’m full”? They’re still my friends, thirty-three years later. I follow their lives on Facebook and meet up with them from time to time, whenever one of us is in the other’s city. Marion and I? We speak on the phone at least once a month, and I still consider her one of my best friends. We were supposed to hang out in Paris last July, but oh, well. The pandemic foiled our plans.

And now, there’s “Emily in Paris,” a number one Netflix show and somewhat controversial Golden Globe nominee, whose comic snafus grew out of some of my own. Alas, I have not been invited to participate in the Globes ceremony. So on Sunday night, I will be hanging out on my couch in my barf jeans, eating croissant after croissant until I feel pregnant, watching the show and celebrating all the mistakes and misunderstandings that got me here. 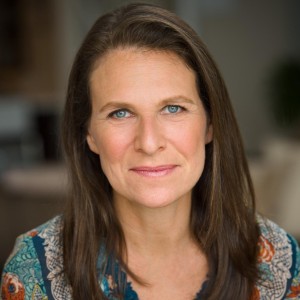