Home Advice Is “Faire” the Most Versatile French Word?
Advice 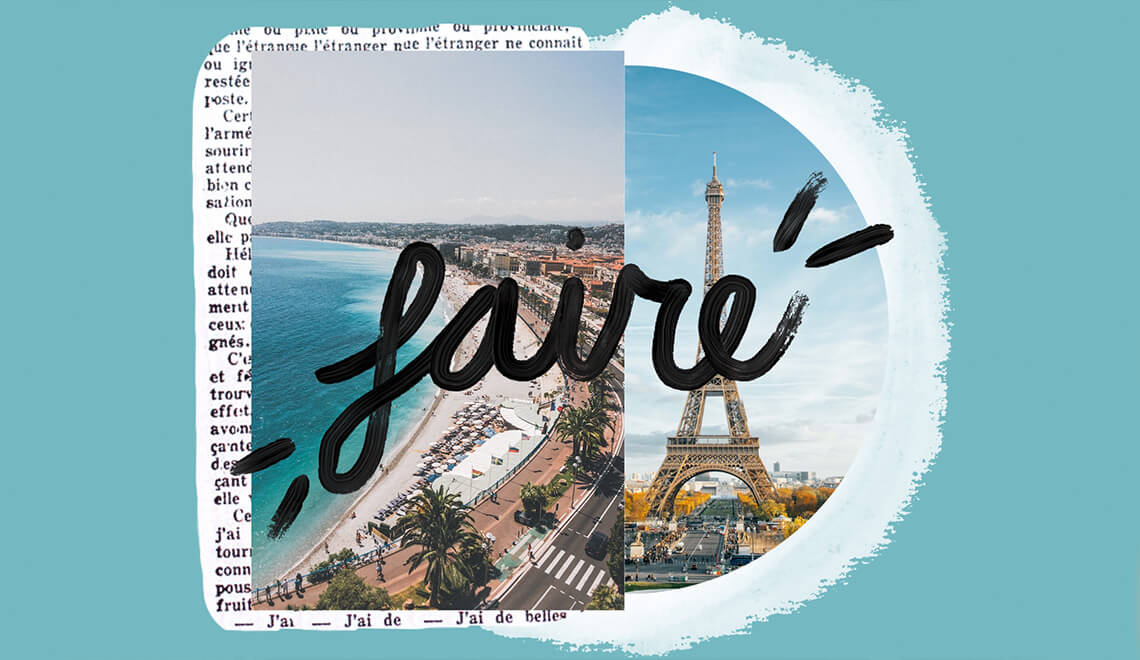 The word faire might be one of the most versatile verbs in the French language. Faire is an irregular verb that is commonly used throughout the French language. Although faire is one of the most common French verbs, it can be challenging to master because it has many different meanings. Faire can be used in idiomatic expressions to talk about the weather, going shopping, and more.

On its own faire can be translated as “to do,” “to make,” “to equal,” “to play,” “to cover,” “to turn into,” “to work as,” “to act,” “to measure,” “to cost,” and “to last,” depending on the context. These 11 definitions might not seem much compared to the 430 uses possible with the English word “set,” but faire can have even more meanings when modified by other words. For example, when the modifier se is added before faire to create se faire, there are additional possible definitions. Se faire can mean “to have,” “to become,” “to get,” “to stretch,” “to get used to,” and “to imitate.” In addition to these definitions, the French use faire in a ton of different idiomatic phrases, which we’ll go through next.

Il a fait semblant de s’endormir. = He pretended to sleep.

When I have to faire les courses, I usually have to go by the post office or head to the grocery store. Did you guess that faire les courses means to run errands? This phrase can also mean just to go grocery shopping.

Literally meaning “to do the luggage,” faire les bagages means “to pack.” If you’re going to be traveling with a French speaker or throughout a French-speaking country, this is an excellent phrase to know. The phrase “faire les valises,” or “to do the suitcases,” also means “to pack.”

Faire du jardinage means “to garden,” or literally “to make the garden.” The French word jardiner also translates to “to garden.”

This faire phrase literally means “to do the bridge,” but it is a little difficult to translate. Technically, it’s translated as “to take a long weekend,” but the phrase is only used when there is a public holiday on a Tuesday or Thursday, and a worker takes off that Monday or Friday, thereby creating a bridge between the weekend and the day off.

Faire plaisir has a few different definitions and can mean “to please,” “to like,” “to make happy,” and “to enjoy.” When modified with se to be se faire plaisir means “to treat oneself.”

If translated literally, faire ami-ami avec would mean “to make friend-friend with,” which sounds pretty funny. But, it means to buddy up with someone or to act like someone’s friend. The French aren’t usually ones to faire ami-ami avec people they don’t know, but they’re friendly once you get to know them.

We can faire la fête because you’ve officially learned a bunch about the verb faire. Faire la fête means “to party” and “to celebrate.” You can also faire la fête à quelqu’un, which means to welcome someone excitedly, which if I do say so myself, the French will do when they hear how well you use the word faire.

C’est son anniversaire samedi, donc on va faire la fête. = Her birthday is on Saturday, so we’re going to celebrate.

Faire is a versatile French verb that can be hard to get a handle on, but as long as you keep working on it, you’ll be a master soon.

How to Ask “How are you?” in Polish Without Sounding Offensive

Who is the New Solo Woman Traveler?

Holiday Giving: A Guide to the Best...