It’ll Be “Spoko”! The #1 Polish Slang Word to Know

Like in other languages, in Polish slang, particular phrases arise spontaneously and accidentally due to hilarious social and political situations. Some of them are popularized by the media or formed on the internet. For the most part—young people create slang language by assigning new meanings to familiar words. Many words are “stolen” from English, German, or Russian and adapted to the local spelling.

Moreover, the old slang expressions returned, and terms used by grandmothers and grandfathers became popular among Polish teenagers. For example, “klawy” or “morowy” which is similar to Polish “spoko” and means that something or someone is “cool”, used to be cringe a decade ago but now is quite popular.

The diversity of Polish slang

If you want to learn Polish and use it as locals, you should also keep in mind that particular social groups have their own words to point out their individuality and distinguish themselves from others. People who work at big corporations, police officers, musicians, doctors, IT specialists, lawyers, actors, or radio broadcasters, to name a few, communicate with a unique “language code” based on internal industry culture and tradition.

For example, Polish music slang includes a wide range of strange terms for instruments, equipment and ways of playing, like “sardynka” (“sardine”) which means “silencer”, “garnki” (“pots”) translated as “drums”, or “dreptać w miejscu” (“horsing around”) which indicates that your improvising is clumsy and not good enough.

Slang in different regions in Poland

Besides, learning Polish slang helps to understand the specific character of various regions in Poland. Every province, city, or even neighborhood (!) has diverse language habits and words routine. For instance, colloquial expressions used in the North of the country in Pomerania or Podlasie will be slightly different from those appearing in everyday conversations between friends from the southern parts such as Silesia or Lesser Poland. Even in the capital, Warsaw, informal phrases between the West and the East side of the city will not sound similar.

To help you find yourself in Polish slang, you can find below a short guide to the most widespread slangs in four different regions in Poland:

A good example of a variety of Polish slang is Praga district in Warsaw. Some informal words come from German, Russian, or Hebrew and are not understandable for people outside the area. Among others, “absztyfikant” which means “admirer”, “blaga” translated as “false” or “cheating” or “gach” for “a lover”. If you are at Old Praga and hear the phrase “chojrak w ferajnie” it means that someone brags about his or her courage within a group of close friends.

In the biggest city of Greater Poland, Poznań, it is quite common to use German—sounding words because of this region’s history, which was under the Prussian Partition in the XVIII-XX century. For example, “kejter” means “dog” or “glazejki” is translated as “gloves”. The most traditional dish of Greater Poland cuisine is also German—borrow expression “pyry z gzikiem” – very popular with Poznań inhabitants meal that consists of potatoes (“pyry”) and properly seasoned cottage cheese with sour cream, chive, and onion (“gzik”).

There is no more popular Polish slang than that used by locals in the Silesia region. Probably the most complicated because of the borrowings from literary Polish, the Moravian dialect, German and partly Slovak language, brings false associations with nationwide words, e.g., “koło” (“wheel”) which in Silesian means “rower” (“bicycle”) or “kara” (“punishment”) matching with “taczka” (“wheelbarrow”). Be especially careful of the phrase “rzykać” translated as “modlić się” (“pray”), not as “rzygać” (“vomit”)!

Walking through the streets of Cracow you could find slogans encouraging tourists to try traditional Polish cuisine such as “cwibak” (fruitcake), “andrut” (thin wafers) or “sznycel” (meatloaf). Some words remind of the common Lesser Polish expressions; another refers to the traditional Gorals slang, which is very popular on the southside of Cracow, especially in the mountains. Very authentic and popularized by famous Polish writers, such as Henryk Sienkiewicz or Kazimierz Przerwa-Tetmajer, the best—known slang of Lesser Poland occurs in Podhale.

Slang in different subcultures in Poland

Also, keep an eye on colloquial words used by subcultures in Poland. It may not come as a surprise that learning slang allows a better understanding of daily life in a local country, its everyday routine, and cultivated culture, including those moral standards, rules of behavior, or ways of appearance that differ from the rest of society’s norms.

For example, an essential and crucial Polish hip-hop subculture element is uncompromising and radical slang embedded in contemporary reality and adapted to engaging, authentic messages. Hip-hop language includes vocabulary such as “hajs” which means “money”, “siema” translated as “hey”/”what’s up” or “melanż” which refers to “party”.

Apart from informal expressions originating from the hip-hop subculture, when you speak Polish, you could find many other specific languages, including slang of cyclists or football fans. “Dobre buty” which means “good shoes” for bicycle enthusiasts, will not be reading the same way as by football supporters who usually use that phrase to call to participate in an arranged fight between the fans of competing teams. So… a slightly different meaning! Similarly, for literature lovers the word “rybka” (“fish”) is used as a name for literal, philological translation of the text, while for music fans means an excerpt from the lyrics, usually a “chorus”.

And finally, be careful of speaking “dzban” among Polish teenagers, which means a “pitcher” in the official language. Word “dzban” in slang translated as a moron, idiot, vain man, empty inside and silly, has become surprisingly popular in the last few years. It also tells us a lot about millennials who use terms present for a long time in Polish and create their own unique language that avoids vulgarisms, such as “alternatywka” for a girl with alternative look and behavior, or “konserwatywka” for women with conservative and traditionalist opinions. The funny term is also “jesieniara” which characterizes a female who loves to do typical autumn activities, such as sitting under a blanket in warm clothes with a book and a hot cup of coffee or tea.

It sounds complicated, right? Fortunately, we will give you one word that is widely understandable and perfectly matching every Polish subculture. Young and old, musicians and football lovers, people from the seaside and from the mountains know and use that term quite often on a daily basis.

The first and simplest versatile Polish slang word good to know is undoubtedly “spoko” which is possible to use in various contexts and situations. However, before you dive into examples of using “spoko” in the Polish language, it is worth exploring this term’s roots and meanings.

“Spoko” had appeared a long time ago before mobile phones, and the internet was introduced in Poland — it is even possible to find in Polish movies of Juliusz Machulski from the ’80s! The term comes from the longer word “spokojnie” which means, on the one hand: calmly, no rush and nerves, in a controlled manner, without excessive emotions, and on the other: no hassle and problem, easily, surely, in a smooth way. “Spokojnie” which colloquially confirms something or agrees with somebody, began to be shortened on a broader scale in Poland in the ’90s when messages were paid for the number of characters and not for single sending.  Then, due to the tendency to communicate quickly and briefly, which is the result of lifestyle and technological changes, it spread via the Internet.

It is possible that at the beginning, “spoko” started to be used in the sense of “acceptable” and as a synonym for the word “cool” but over the last several decades, it transformed, gained different meanings, and started fitting to various contexts. Nowadays, “spoko” has become the most popular and well—liked Polish slang word because of its association with quite positive meaning and good energy. Everyone uses and commonly exploits this term. “Spoko” was even noted by the PWN Great Orthographic Dictionary, which is one of Poland’s most respectful dictionaries!

To present versatile possibilities of using “spoko” in Polish language, let’s move to a few examples. Here are ten ways to say this Polish slang word with slightly different meanings:

If you would like to use “spoko” in the same way as “okay”, go ahead. You could also ask someone “spoko?” which means “is it okay?”.

“Spoko” will also perfectly match the place of English “alright”.

While asking if someone’s actions or behavior are fine, do it this way:

To express assurance of your answer, use “spoko”.

– Wanna join us at the party this weekend?

When you ensure your mate that his tardiness is not a problem, say “spoko”.

Do you feel that something or someone is cool? “Spoko” matches your impression.

The guy I met lately seems to be very cool!

As it was noticed before, “spoko” is also translated as “chill”, “calmly”, “no rush and nerves”.

– That’s a pretty challenging task to do in one day!

In Polish colloquial speech, “spoko” is used in the sense of “yeah” among most situations.

– If you had time next Friday, it would be great to play some tennis.

If something is pretty and nice, “spoko” describes it perfectly.

That red leather jacket from your mother is very nice!

Sometimes you simply like to make someone feel better and raise others’ spirits by saying “spoko” which means “don’t worry”.

It’s going to be cold in the mountains.

Don’t worry. I took an additional sweater for you.

Keeping in mind the diversity of Polish slang within the various regions in Poland, among specific subcultures and professions, remember about the well—liked Polish slang word “spoko” which is both simplest and most popular. Don’t be afraid of learning Polish and Polish slang words, it will be “spoko”! 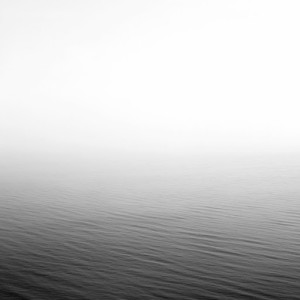 What is Arabizi? Here’s a Quick Guide to Help You Understand the Arabic Chat Alphabet

Learn The Meanings of Wallah, Yallah, and Other Super Addictive Arabic Words