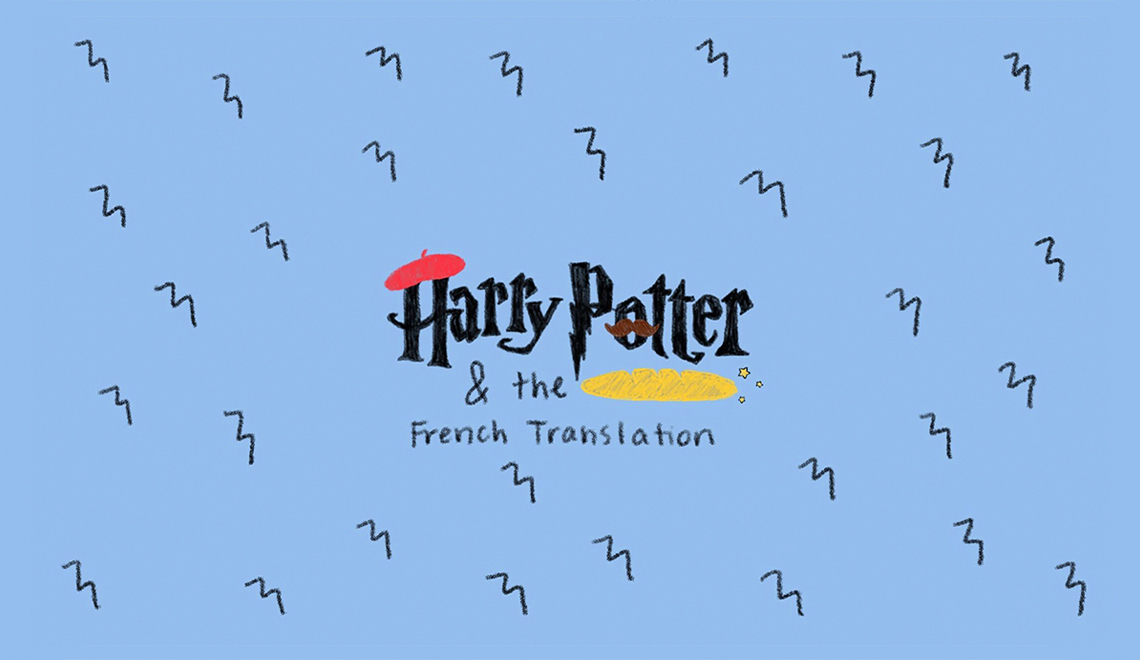 Even if you don’t speak French, you probably know what a baguette is. The crunchy, airy bread has a pretty good reputation around the world, but most people don’t know that if they heard Harry Potter talking about his baguette magique, he wouldn’t be talking about magically delicious bread, but rather his magic wand. This is one of my favorite examples of a French translation from the wizarding world of Harry Potter, but there are a lot more.

I have been wanting to read the French version of the Harry Potter series for a while because I knew it would improve my French to read an entire French book (especially one I had already read before in English). But I was also curious about some of the differences between the two books ever since I’d seen a thread on Tumblr that shared one of the funniest differences between the English and the French translation. If you’ve read “Harry Potter and the Chamber of Secrets,” you’ll know that Voldemort’s real name is “Tom Marvolo Riddle,” which when scrambled up spells out “I am Voldemort.” For “I am Voldemort” to be translated to Je suis Voldemort you need different letters, so in the French version Voldemort’s real name is “Tom Elvis Jedusor.” Yes, his middle name is Elvis, exactly like the 1950s rock star, which to me is not very menacing.

While I was reading, I wrote down some of the differences I noticed, which I’ve listed below. And if you’re a Harry Potter fan, I definitely recommend giving the Harry Potter series a read in your language of choice. You’ll have 71 different languages to choose from.

Poulard
Even Hogwarts itself has a different name in the French version. The French translator renamed it Poulard which roughly translates to “bacon lice” so you can see resemblance to the meaning of Hogwarts.

Noises / Mornilles / Gallions
In the world of wizards, they aren’t paying for their wands and brooms in pounds or euros, but in bronze Knuts, silver Sickles, and golden Galleons, or Noises de bronze, Mornilles d’argent, and Gallions d’or. Some think the translation of “knut” to noise is due to the fact that “knut” sounds like “nut” which translates to noix, or noises in the feminine form. There doesn’t seem to be an explanation for Mornilles, and Gallions marks only a change in spelling from the original Galleons.

Tu-Sais-Qui / Vous-Savez-Qui
In Harry Potter, the wizards don’t like to say Voldemort’s name and usually say “He-Who-Must-Not-Be-Named” or “You-Know-Who.” In French “You-Know-Who” has two different translations depending on who you’re talking to. You would say “Tu-Sais-Qui” when talking to a friend or family member and “Vous-Savez-Qui” when talking to a stranger or in professional situations.

Poufsouffle / Serpentard / Gryffondor / Serdaigle
All of the names of the Hogwarts houses were changed in the French translation. Gryffondor and Poufsouffle aren’t too different from Gryffindor and Hufflepuff. Slytherin was changed to Serpentard which contains the word serpent, or snake, which is also similar. Serdaigle, or Ravenclaw, changed the most as it actually means eagle claw instead of raven.

Choixpeau Magique
This is one of my favorite French translations. The Choixpeau Magique is the French version of The Sorting Hat and is a play on chapeau magique, or magic hat. The word choix, or choice, is squeezed into the word chapeau to play on the fact that the hat is making the choice of which house the Hogwarts students will be in.

Nom d’un vampire / Sac à méduses
Hagrid actually loses his accent in the French translation of Harry Potter and speaks in perfect French, but his language still has a little flair to it. Hagrid commonly says “blimey” or “crikey” in the English version when he’s late or worried about something and in the French version the translator got a little creative and translated some of his exclamations into phrases like “Nom d’un vampire,” or “In the name of a vampire,” and “Sac à méduses,” or “Jellyfish sack.”

Le Chemin de Traverse / Le Chaudron Baveur
Diagon Alley is translated to Le Chemin de Traverse which means “sideroad” or “the road less travelled.” The Leaky Cauldron, which is the pub in Diagon Alley, becomes Le Chaudron Baveur. At first glance I translated it to the “Drooling Cauldron” because “baveur” comes from the verb baver which means “to drool” or “to dribble.” But, baver can also mean “to leak,” though it is less common. I understand the change in translation because “leaky” is more commonly translated to “qui fuit” or “qui prend l’eau” and Le Chaudron Qui Prend L’eau is a little bit of a mouthful.

There are some other differences, but these were my favorites. I really enjoyed reading Harry Potter in French, so maybe I’ll take on the Spanish or Italian version next!

Word of the Day: Learning One Greek Word A Day with My Yiayia

Make Coping Easier with These Quarantine Tips from Around the World

Why Has Language Changed So Much So...

Hard Conversations: Learning from the Resilience of...