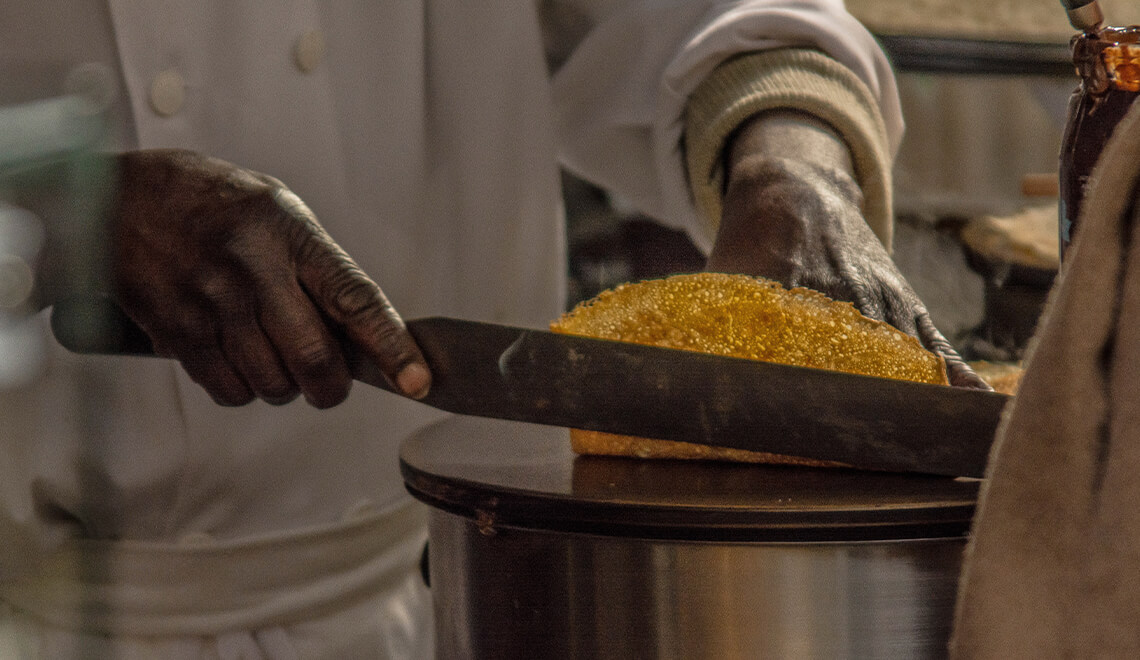 If you’ve ever heard of La Chandeleur, you might be enticed to think of simply as “French crepe day.” I’ll admit, when I first heard about La Chandeleur, a day each year where the French traditionally enjoy crepes, I just saw it as an excuse to enjoy my favorite crepe recipe. But this French holiday celebrated every February 2nd is filled with much more than enjoying some crêpes de la chandeleur. La Chandeleur, or Candlemas, is a holiday that celebrates the beginning of the end of winter with a few different interesting traditions and superstitions besides eating crepes.

Some of La Chandeleur’s superstitions are connected to Groundhog Day while others are connected to pagan and Christian traditions. Plus, if you missed out on the luck-bringing trinket in your king cake this year, you’ll still have a chance to acquire some good luck through the traditions associated with La Chandeleur. If you’re just here for the great crepes, you won’t be disappointed with my French boyfriend’s grandmother’s crepe recipe, which we’ll share at the end. (Can’t wait? Here’s a French family recipe for crepes)

So as the French are digging out their poêle à crêpes (nonstick crepe pans), let’s dig into why the French celebrate La Chandeleur in the first place.

What is La Chandeleur?

La Chandeleur was initially celebrated as a Christian holiday known as Candlemas in English. Candlemas, also called the Presentation of the Lord, celebrated the day the Virgin Mary brought Jesus to the temple to be purified 40 days after his birth. Before becoming a Christian holiday, La Chandeleur was also a time when several pagan traditions would celebrate the approach of spring and the earth’s bounty.

Today, most of the French use La Chandeleur as an excuse to enjoy some crepes, light candles, and become pretty superstitious.

Why do the French eat crepes on February 2nd?

As part of the tradition of La Chandeleur, the French celebrate the beginning of the end of winter. So, the circular shape and the golden color of the crepe is supposed to represent the sun, which hints at the brighter days of spring. Making crepes was also an opportunity for the French to use up some of the wheat that they still had stored up from the winter harvest.

Finally, Pope Gelasius I is said to have popularized the use of crepes in the 5th century when he handed out galettes, or savory crepes, to the poorer pilgrims during his candlelit procession on Candlemas in Rome.

What are some superstitions surrounding La Chandeleur?

The French have many similar superstitions to us, including that it’s bad luck to walk under a ladder or see a black cat, but on La Chandeleur, their superstitions get a little morbid.

In one region in France, a proverb said that if you left church on Candlemas with your candle lit and it burned until you got home, you would stay alive until the next year. Another stated that if the wax only dripped down on one side of your candle that one of your loved ones would pass away that year.

Are there any superstitions surrounding La Chandeleur that bring good luck?

There are also some superstitions surrounding La Chandeleur that portent chance, or bring good luck. The first is to hold a piece of gold—or a coin—while you’re flipping your crepe in its pan. If you manage to flip the crepe with one hand without dropping it on the floor, then it is said that you’ll have prosperity for the whole year.

If you don’t exactly trust yourself to flip a crepe without dropping it, during the middle ages, the common folk had a strange ritual, which they thought would bring them riches and prosperity. They would roll up the coin in the first crepe—which most of us probably mess up anyway—pass it through the hands of everyone in the house and then put it on top of an armoire until the next year. The golden coin was then saved for the first person in need who needed their charity.

If you’d rather not have an old crepe hanging out on your armoire for a whole year, simply save the coin, leave the crepe for the birds, and maybe give a few dollars to a cause your passionate about in honor of La Chandeleur and charity.

How is La Chandeleur related to Groundhog Day?

While Groundhog Day wasn’t officially celebrated in the United States until February 2nd, 1887, the holiday has origins that go back way farther than that. Like La Chandeleur, Groundhog Day also has roots in Candlemas. Candlemas was celebrated in countries all over Europe, including Germany, whose people celebrated the beginning of the end of winter on this day, but also when they saw animals like bears and groundhogs come out of hibernation.

But the Germans knew that it wasn’t until the groundhog could actually see his shadow that the sunny days of spring were really on their way back. Eventually, European immigrants brought this superstition to the United States, where we now celebrate Groundhog Day by using little Punxsutawney Phil’s shadow to predict the coming of spring.

The origin of Groundhog Day and La Chandeleur isn’t the only similarity between the two holidays. In fact, some use the weather on La Chandeleur to predict the future weather, and there are a ton of different dictons, or sayings, that go along with the holiday and these predictions.

How can I celebrate La Chandeleur?

If you’re like me, you love any good excuse for a celebration, especially one involving food. So if you want to celebrate La Chandeleur, all you’ll need is a nonstick pan, an excellent crepe recipe, some of your favorite fillings, and a coin if you’re looking for some good luck.

If you’re set on getting that good luck from La Chandeleur this year, all you’ll need to do is hold the coin in your left hand and cook your crepe until the edges start to brown before flipping it. If you really want to increase your odds, make sure your crepe batter is very smooth and that you don’t pour too much batter on the pan. If your crepe is too thick, it’ll be hard to flip.

What are crepes? And how are crepes different from pancakes?

P.S. Even though crepes are mostly considered a breakfast food in the United States, crepes are traditionally enjoyed in the evenings on La Chandeleur.

We hope you enjoy your crepes today and that this year brings you prosperity whether your crepes end up on the kitchen floor or not.

Is Jazz the Titan of African American Culture in Paris?