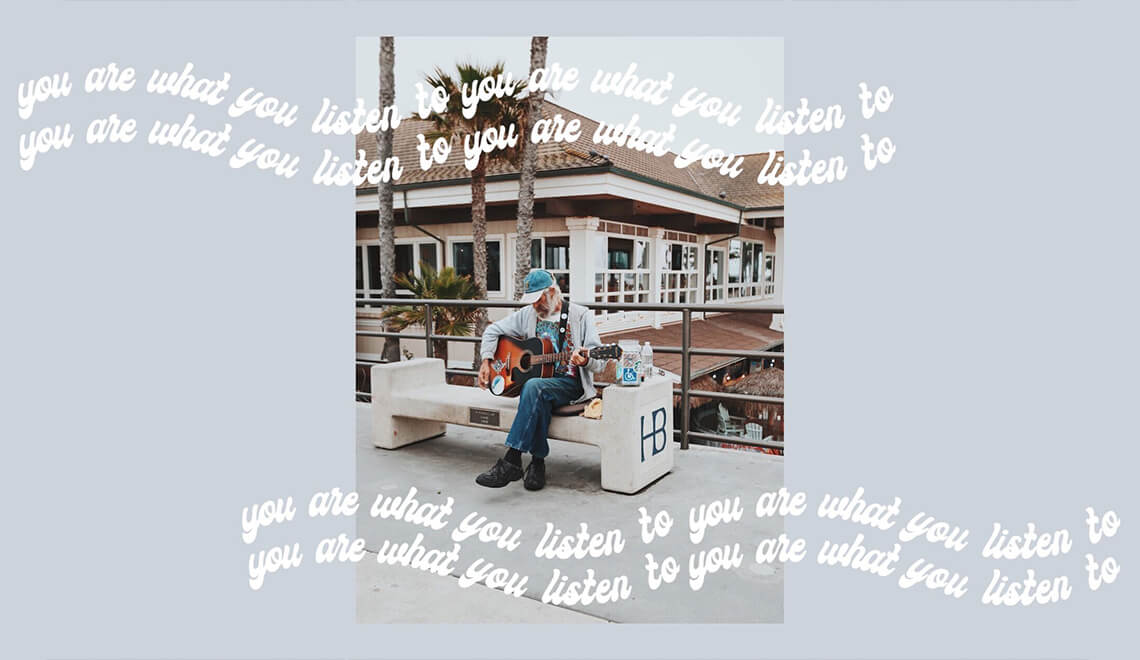 Something I found pretty crazy when I traveled around the world was that no matter if I was in Vietnam or Greece or Peru, I would always hear English music on the radio. I would still hear a lot of great music in the native language of wherever I was, but it made me wonder why we didn’t have more international music on the radio in the United States. Even though there is good music produced in a lot of different languages, if you look at the top 25 songs on the “Global Top 50” chart on Spotify all of the songs are in English. Both #26 and #27 are in Spanish, but after that it’s mostly English again with just a few Spanish songs mixed in.

In addition to the “Global Top 50” chart, Spotify lists the top 50 songs from 62 different countries which means that there are thousands of songs in different languages that are beloved by listeners around the world that you most likely haven’t heard. I love looking through these lists because I like finding new music, but also because listening to music in another language is a great way to improve your language skills for a few reasons.

First, music is portable so you can train your ear to a certain language while you’re driving your car, sitting on the metro, or cleaning your kitchen. Singing song lyrics over and over can also help with pronunciation. I used to sing a bunch of French songs pretty well and not even know what the song I was singing meant!

So, a few weeks ago, in honor of the power of music, I shared the most popular foreign music from across the decades in a few different languages. And while I loved discovering some foreign music classics, I started wondering about what is popular right now. So I decided to look at the “Top 50” chart for 5 countries around the world (Colombia, France, Italy, Germany, and Japan). From here I took the five most popular non-English songs in each of the countries to make a “Foreign Language Music Top 25” playlist.

I used to sing a bunch of French songs pretty well and not even know what the song I was singing meant!

It was really interesting to see the most popular music in each country. For example, I was surprised to see how much rap was in the top charts in Italy. I don’t know why I expected songs that were a little more pop-y. It was also cool to see which countries listened to the most English music. In Germany, three out of the top five songs were in English, and in Japan only three out of all 50 (!!) songs were in English (and they were ranked #26, #49, and #50).

Here is the link to the “Foreign Language Music Top 25” Spotify playlist I made and here is the list of all of the songs, and their respective music videos, that I added to the playlist in case you want to make your own playlist with songs from other countries.

Just a warning. In this video the singer gets in a car crash so it’s a little bloody. It’s pretty emotionally intense as well, but it’s interesting.

This video kinda looks like what a rap music video would look like if it was made by a videographer whose only experience was making a home video of his kids back in the 1990s. And it weirdly works.

This might be the cutest music video of all time and it will give you some serious wanderlust.

Not much to say about this video. It’s just one shot of someone that looks like they’re bored listening to music in their room. I like their bed, though.

Something confusing about the word femme is that it can either mean “woman” or “wife.” But, in this instance he’s writing a letter to his future wife. I think the music video is him going through all of his possible wives because every scene is with a new woman.

If you like nice cars, peace signs, and men pouring alcohol out of its bottle, you’ll love this one. (I’m serious about the peace signs. I counted at least 12 men throwing them up to the camera.)

This music video is a cute couples travel video seamlessly mixed with the two rappers dancing and singing in front of the camera either by themselves or in a club. I’m into it. (P.S. The word meleğim is actually Turkish and means “my angel”)

This video is an accurate representation of how anyone who lives in an apartment building with thin walls/floors feels during quarantine, but instead of a huge party bothering all of the neighbors it’s just people doing home workouts and running the vacuum too late at night.

There’s definitely a trend of nice cars and pretty girls in all music videos, but somehow Hatik makes it romantic and a little heartbreaking in his video.

This is actually a remix of the original “I’m Blue” by Eiffel 65, but it kind of reminds me of “Ne Reviens Pas.” I can’t really take this music video seriously because it’s a bunch of boys smoking, throwing up signs to the camera, and wearing chains while there’s a song that I ran laps to in my kindergarten gym class playing in the background. But, they have the number one song in Italy right now so I guess keep it up, boys.

This video is a little creepy, but some of the scenes are really pretty. Also does this sound like a Macklemore song to anyone else? I’m getting “These Days” vibes.

This music video is just a butterfly made out of money flapping its wings.

This video is a cartoon and it’s pretty entertaining, but just a warning it does have a lot of drug references. It looks like something that would play on “Adult Swim.”

Like “Bando” this music video is just one moving image, but the lyrics are at the bottom which can definitely help with language learning!

This music video is pretty dreamy. It’s filled with private jets and nice clothes and what looks like a pretty nice meal that’s making me hungry IRL while my dinner cooks.

This video feels super “chaotic good” to me, but honestly, you should watch this just for her creative outfits. Also, she’s one of the only female rappers on this list, which is pretty cool.

I wish I understood this better, but the entire music video is the rapper hanging out with a girl with a black ski mask on.

This video is mostly just Ufo361 dancing around, but the special effects are pretty cool.

This music video follows an almost cringy cute couple who laugh while brushing their teeth and opening a pizza box, but it’s still pretty adorable.

This is the music video for anyone who wishes they could go to a live concert. Plus you don’t have the crowds and it’s on a pretty cool rooftop.

Official HIGE DANdism is back at it again with a private concert and a lot of feel good scenes. I wish more music videos were like this!!

I guess I’m just out of the habit of seeing actual instruments in music videos because I’m loving these.

Watch this if you want your free live concert plus a roundtrip ticket to NYC.

There are a ton of different instruments in this one. I’m just wondering how they don’t get ruined in the rain.

The songs I found that I liked the most were “Angela,” “blun7 a swishland,” and “Meleğim.” I’d love to hear your favorites. Tag us @rosettastone and tell us what you think!

Everything You Need to Know About May 1st in France