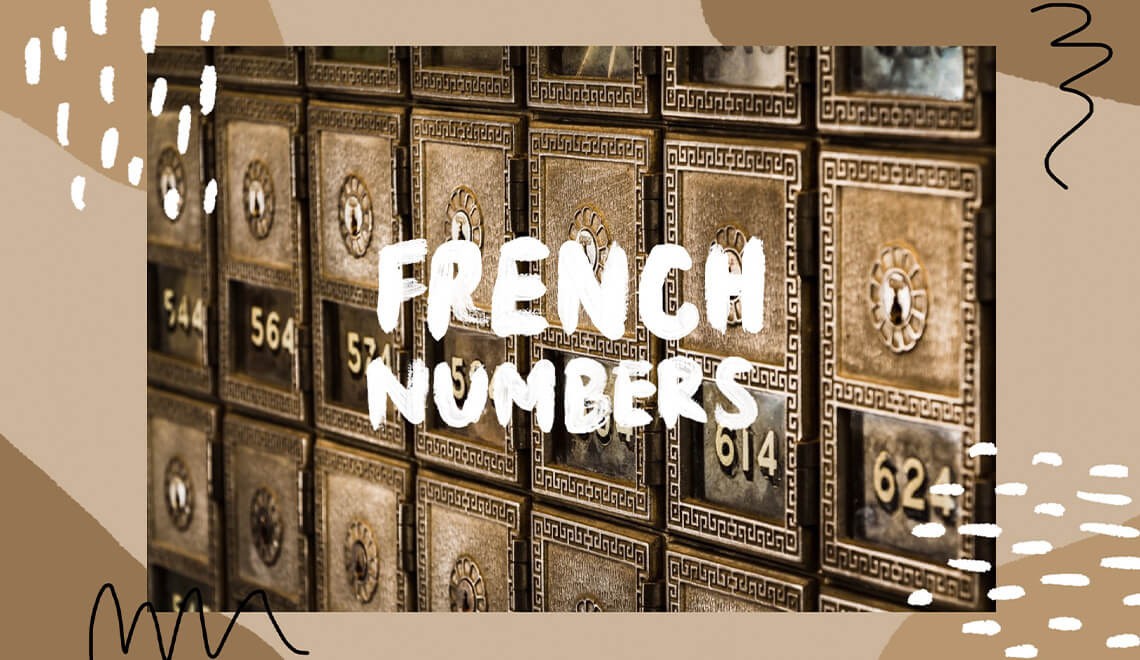 Memorizing French numbers can be tricky, mainly because the French have a few funky counting rules. The good thing is that if you want to learn French numbers, you just have to use a little mental math and a lot of repetition. You might want to consider making flashcards or printing out a cheat sheet that you can look at on the go. If you’re like me and spend way too much time scrolling through the internet, you might have already had some French learning on the go if you’ve ever seen one of these viral French counting memes.

Language memes have taken the internet by storm over the years, most recently with the French Google Translate memes that went viral on TikTok a few months ago. But the internet also has a fascination with how the French count. Everyone’s interest in the subject is due to how the French craft their numbers. In French, there is no version of what we know as 70. Instead, the French use their number for sixty and ten, soixante and dix, to represent the number 70 as soixante-dix. After that, you get sixty-eleven, sixty-twelve, and so on until you reach 80. Then, the phrase four-twenty, or quatre-vingt, is used to represent 80. To English-speakers, it seems like a pretty illogical way to count, but for the French, it works!

The good thing is that when you start to count in French, you’ll always get the first number right because zero is just zéro. After that, you won’t be so lucky because, as we saw earlier, French numbers don’t always follow the same rules as they do in English. The only solace you might have is in the number six, which is spelled the same in English and French. Unfortunately, the pronunciation is so different that you’d never know they’re spelled the same without seeing them on paper. In French, the letter “x” is pronounced as an “s” when it’s at the end of a word like it is with six. So you would pronounce six like “sees.”

But before you start thinking you might never even make it to 100, let’s dive into French numbers 1-10!

Number learning tip: Copy and paste these numbers into the notes section of your phone, so you can look at it whenever you have a minute or two to spare.

When counting in French between ten and 20, the French have a version of the English suffix “-teen.” In English, this form will start at thirteen and go through nineteen, but it’ll just be seventeen to nineteen in French. “‘-Teen” is represented by the word dix, so seventeen is dix-sept, or ten-seven.

Number learning tip: Try writing out the date every day in French. If it were the 22nd of July, you’d write le 22 (vingt-deux) juillet.

Once you get to 20, things get pretty calm for a while. If you want to say 27, you’ll say the French word for twenty, vingt, and then the French word for 7, sept, to get vingt-sept. The only rule that is different from English is this: when you have numbers with the number one in the last digit, like thirty-one, you say “and one,” instead of merely “one.” For example, thirty-one would be trente et un, not trente-un.

The rules for numbers 20-69 are all the same, so for these numbers, you can check back to the previous list explaining 20-29 to see how each number works.

Number learning tip: Try counting in French when you’re working out. Learning while moving can help you remember things better with muscle memory. See how many jumping jacks you can do in a minute!

Like I mentioned earlier, French counting rules start to get a little tricky with the number 70. In French, instead of having a different number for 70 like there is for 20, 30, 40, 50, and 60, you’ll use “sixty-ten” instead. After sixty-ten, or soixante-dix, you’ll keep tacking numbers ten through 19 on the end of 60 until you get to eighty, like so: (This is where that mental math that I was talking about earlier comes in.)

Okay, everyone, this is where things get extra crazy. So in numbers 70-79, we had to use a little addition, but once you get to 80, the French ramp it up a notch to multiplication. They didn’t think they needed a word for 80 itself and might’ve thought that soixante-vingt (sixty-twenty) was a little confusing. Instead, they say quatre-vingts or four-twenty. Then when you get to ninety, you get four-twenty-ten or quatre-vingt-dix.

If you want a quick — and hilarious — recap of what you just learned, you can watch this NYC cabbie explain what he learned about French numbers from one of his French passengers. And for one final French counting tip, try setting up a French bingo game with your friends or family. Happy counting!