Learner Q&A: Growing Up and Raising Children with French in Louisiana with Ryan Verret 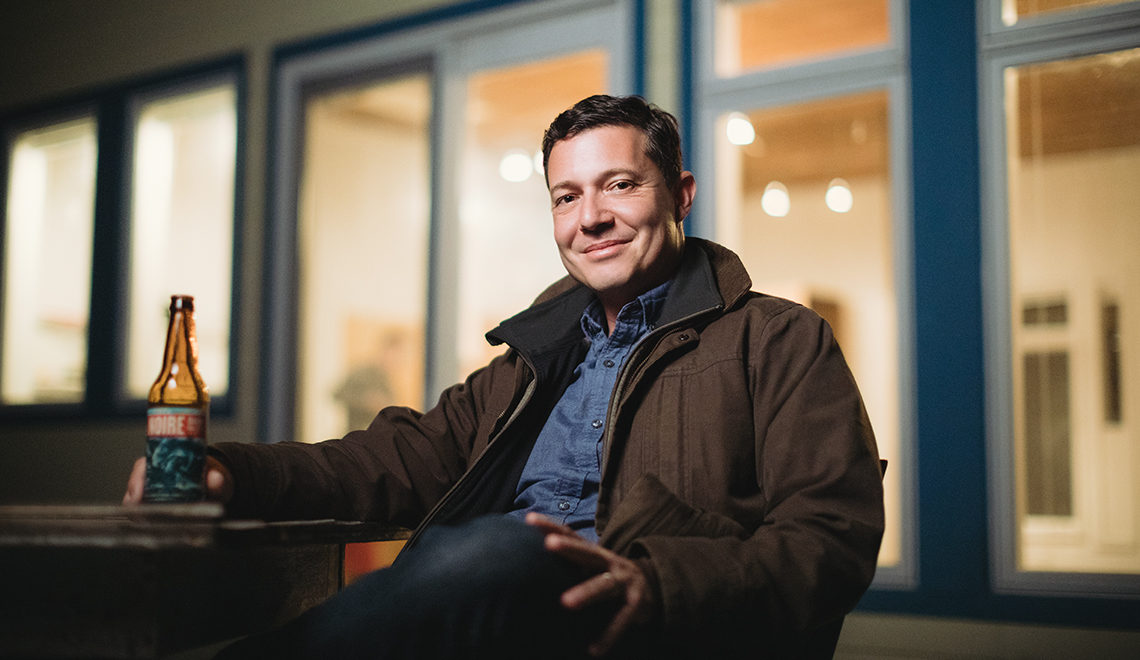 Ryan’s two eldest children are Rosetta Stone’s most active French learners in Louisiana, so we jumped at the chance to have the whole family join us on our French-immersion tour of Arnaudville and for gumbo at Louis’s. We caught up with him afterwards to dig a little deeper into his Acadian heritage, Cajun music, raising children bilingual, and how speaking French has fueled their nonprofit’s mission.

Q: How has choosing to learn French changed your life?

A: Rather than changing my life, I would say that I rediscovered a unique part about my life—meaning my French Acadian heritage. Both sides of my family as far back as I know come from the central region of France. They were farmers there until the late 1600s, then farmers in present-day Nova Scotia until the late 1700s, and finally ended up in Louisiana as part of the Acadian exile where they, of course, became “sugar cane and crawfish farmers.” Everyone spoke French in my family until a government-enforced ban of French in the school system, which began with my grandparents generation. Fortunately, that time is past and we live in a moment in Louisiana where many people are working to renew and preserve the francophone culture of Louisiana.

Q: Why did you choose to learn to speak French?

A: I was quite familiar with French growing up here in Louisiana. I heard it often as a child with my grandparents and with Cajun music in the area. However, when my wife and I married and began to experience the great gift of parenting I knew that I wanted to share as much as possible the gift of speaking another language—especially one that is a part of our DNA and heritage—with our children.

I would say for sure that understanding the unique and fundamental role family has in supporting a culture is key to becoming more intentional about speaking French with confidence.

Q: What are your thoughts about your French-immersion tour with Louis Michot?

A: That was really incredible! I had never met him personally before, but it was great to spend a day with him and see him. Louis is so enthusiastically engaged in sharing his passion for the French development of Louisiana and it’s contagious. He really made us all enjoy that day and led by being a part of the team for sure. Since that tour, we’ve had opportunities to keep in touch. Actually, we (my wife and children) spent the day with him and his family for Mardi Gras. It was a lot of fun!

Usually each morning I spend some time with my children using the Rosetta Stone app.

A: We typically cover a couple of lessons a day. We usually also keep some form of French radio going in the house, either from France or Quebec. It helps to sort of create an immersion experience in our home each day.

Q: Can you share a story about speaking French or learning about the culture that led to you understanding it even better?

A: Two summers ago we had the opportunity to go to Nova Scotia. We took a ferry from Maine to Nova Scotia and drove along the coastline that my ancestors lived on prior to their deportation from the area. We met descendants of families that hid during the deportation and later on rebuilt their homes and communities.

We even went to the spot where my ancestors were placed on boats and pushed off away from the coast. Seeing my children play in the spot was quite the experience.

Of course we learned a lot about the difficulties of that time, but we also learned about the resilience of individuals and cultures that persevered in sustaining with what life gave them. Speaking French in Nova Scotia with some of the local Acadians was really special to us… sort of like a family reunion.

Q: What’s one thing that anyone interested in learning French should know?

A: French can be found in many different cultures and social contexts. I think it would be beneficial to also discern what cultural aspect of speaking French is most meaningful to them personally. When that is known, try to get to that place to experience the people. That’ll help make French come alive.

Q: We can all learn from mistakes. What’s an unforgettable moment that made you stronger?

A: Meeting a French missionary that was so humble and encouraging for me to speak French with her. I learned the big mistake of trying to be overly confident before speaking. It’s okay to make mistakes, for sure. Try to find someone you can speak with who’ll make you feel very comfortable learning and practicing.

Q: Are you able to use French in your career?

A: Yes, my wife and I founded a non-profit organization that helps to support and mentor young marriages, specifically in the first five years of their relationships. We provided these resources for years in English and Spanish but dreamed of having it in French. Through a Canadian grant back in the summer of 2019, we were able to complete and finalize a French version of this service now used in Canada as well as France.

Doing good translates well in any language. Thank you, Ryan (and Mary-Rose) for sharing your experiences, time, and family with us. We hooked the Verret family up with a few Rosetta Stone Homeschool subscriptions as well as a couple of Unlimited Languages subscriptions for all their help.

Foreign languages and cultures are alive in America, and we want to hear from you. If you’re reading this and have a story you want to share, reach out @rosettastone or DM us on any social channel.