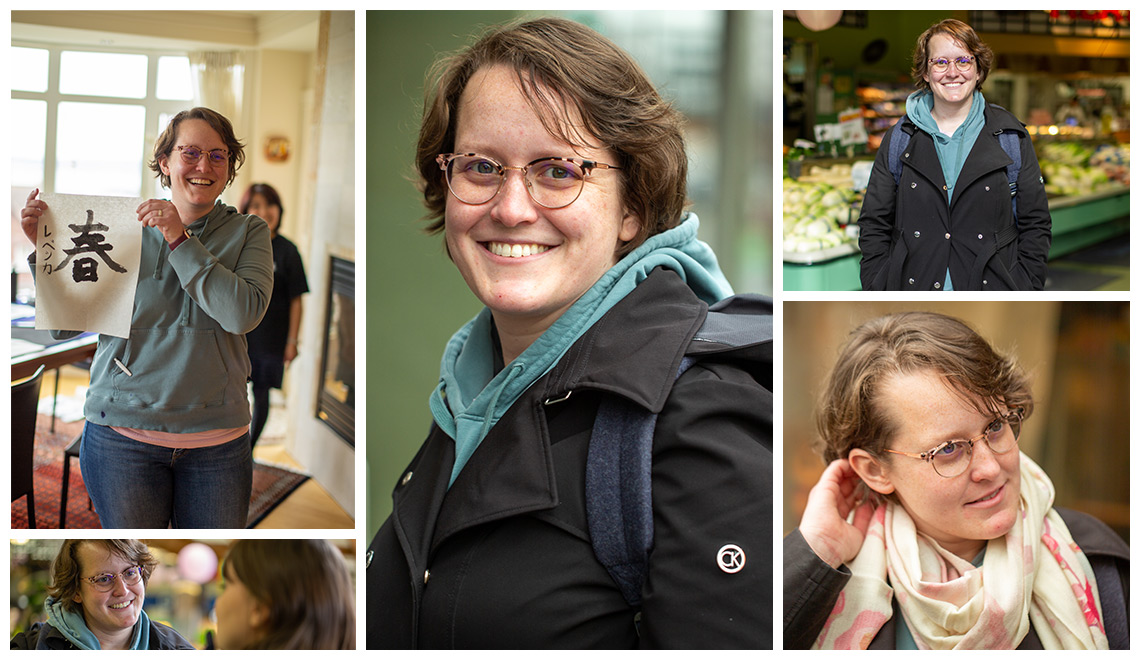 Rebecca is learning Japanese and joined us on a Japanese tour of Seattle. Read on to find out why she started, where it has taken her, and why learning another language gives her courage.

Q: How has choosing to learn Japanese changed your life?

A: Oh, the food I’ve eaten! The people I’ve met! The whiskey I’ve sampled! The things I’ve seen, from sunrise on Mt. Fuji to the flowers at Hase Dera! All because I took that step forward. Now, hopefully through my studying with Rosetta Stone, I’ll be able to stay involved with my friend’s child, who is due in June, and to be friends with her husband as the years continue to pass. Opening up my mind and heart to a new language has given me courage. Courage to fail without embarrassment, and the courage to try again until I get it right.

Q: Why did you choose to learn to speak Japanese?

A: Originally, I studied Japanese in college as a credit requirement, but also because I was interested in the culture and traveling. Over the years, I’ve visited four times and am trying to plan a fifth trip this year. Two of my best friends now live and work in Japan, and one is married to a Japanese man. I dedicated myself to practicing and relearning the language because I want to talk with Hiro more easily in Japanese, as well as assert some more independence during my visits. In the past I depended heavily on my friends for translation, which is why I signed up for Rosetta Stone for the first time last year.

Q: What are your thoughts on the day exploring Japanese culture in Seattle with Chef Shota?

A: I greatly enjoyed Chef Shota showing us around Uwajimaya. I have long been badly intimidated by the large shop and have been back twice now to do some grocery shopping. He gave me confidence that I knew what I was looking at and where to find it in the store. It’s a great feeling.

A: I try to give myself three hours one day a week to focus and study. I sometimes get it, I sometimes don’t, but my friends assure me that my pronunciation and comprehension are improving when I call them to talk.

Q: Can you share a story about speaking Japanese or learning about the culture that led to you understanding it even better?

A: When I first studied Japanese in college, it was through rote memorization. I would panic when we tried to speak in class, to the point where I would think of words in Spanish before they came to me in Japanese, if they even did. This carried through to my first trip to Japan, where I was too scared to talk with anyone, even to ask directions when I was lost because I was sure I wouldn’t be understood. I gave up for a while after that, brushing up on the basics for the next few visits, but feeling less afraid—especially after my last trip for my friend’s wedding, when I was able to ask for directions in Japanese and understand the instructions. The last trip was better because a lot of that fear of failing to be understood had passed, and I let my friends coach me, as well as the people I interacted with, including my friend’s new husband. It gave me confidence to really start studying again.

Intrigued? Watch “Japanese in Seattle” or read another learner interview.