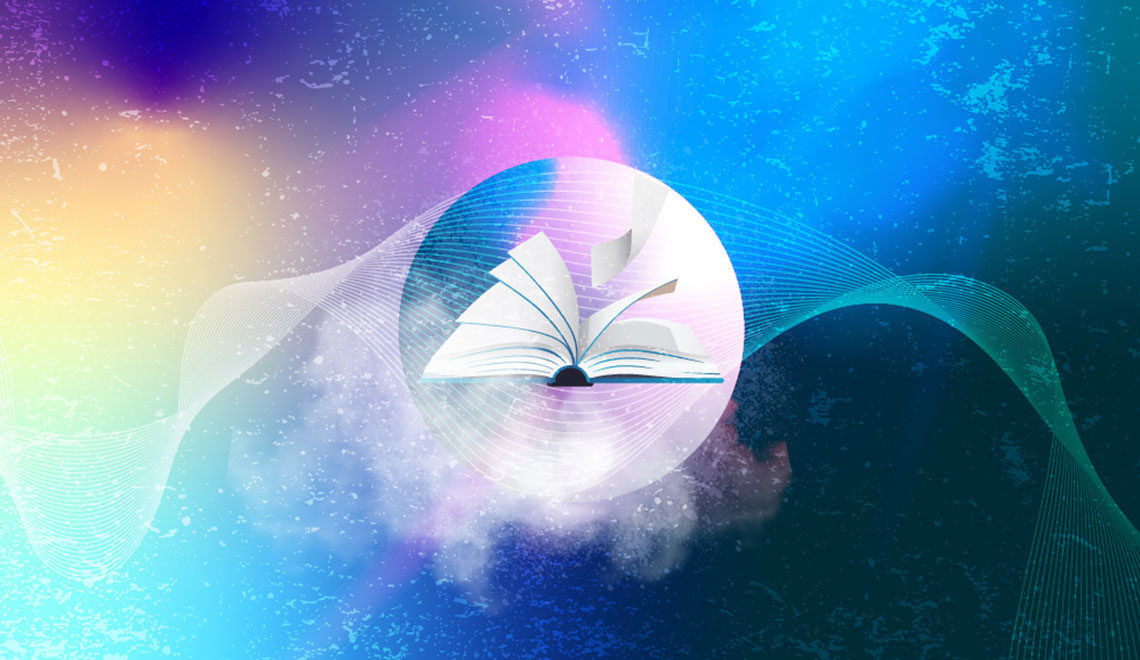 Life in the U.S. doesn’t really prepare (nor encourage) you to take on a new job that you have absolutely no experience in. Did I let that stop me when I decided to go teach English abroad? No way, José. I speak English well, or so I thought. I figured it couldn’t be that hard to help some young Spaniards learn how to speak in my native tongue. Guess what? I was wrong.

Teaching in and of itself is a challenge, much less another language—particularly when you have perfectionist tendencies and can’t give a good answer to the vast majority of the questions about the English language that you’re being asked. One of my best friends is an elementary school teacher, and I’ve always had an immense amount of awe and respect for the work that she does—we’re talking saint-level patience—but I had no idea the new level of appreciation for her day-to-day that I’d soon gain.

Hitting the books on expat and TEFL teacher life

Adrenaline-fueled survival mode off and calm self-reflection mode on, I honestly can’t believe how much I did in roughly a week’s time when I first got to Spain. Credit where credit is due, the nature of expat life doesn’t leave much room for self-pity, wallowing, or worry. You’re far away from home, and you have to learn how to rely on yourself 100% in order to get yourself set up and create a life for yourself.

I fully believe that being an expat makes you more efficient, organized, and patient in a way I’m certain I’d have never learned to be otherwise. In that first week, I made some friends, I got my residency paperwork sorted, I found an apartment (albeit with an alcoholic landlord who left me with some interesting memories), I got a Spanish cell phone number and bank account, and I started work as a TEFL teacher.

I already admitted that I had never professionally taught anyone anything at that point in my life, but like all good students, I did do my research beforehand. A friend of an ex-boyfriend had done the Language and Culture Assistant program a year prior to me and gave me the lowdown. Google also tipped me off to some Facebook groups of past and present program participants, which were both a wealth of information and a built-in support system.

“J” is for job expectations at your school placement

The base of everyone’s experience is largely the same—or should be. You get to spend eight months, from October 1 to May 31, in one of Spain’s public elementary schools or high schools. In most cases, the kids have already started school in September and will finish in June, so it’s not quite a full academic year. Each school typically has a designated English, or bilingual, teacher who gives all of the school’s English classes, and you work 12-16 hours a week with him or her as an assistant teacher. One period you could be going over primary colors with three-year-olds, while the next you could be leading fifth graders through a far-more-complex project, song, or play.

Legend has it that you’re not supposed to let on that you speak any Spanish, so that the kids are forced to use English, and speaking Spanish is not a program requirement. In fact, it’s probably preferred if you don’t, though that won’t be of much help to you during your off-the-clock hours. As far as I’m concerned, it would have been damn near impossible to feel comfortable working at the school without it—a wildly different experience.

Aside from the designated bilingual teacher, no one else spoke English at my school (and no more than a handful of people in the whole town), so you tell me how I would have asked for a glue stick or inquired about my colleagues’ weekend without a lick of Spanish. It would have been awkward and frustrating for both them and me. We would have never been able to properly get to know one another, either, which would have been a lost opportunity and an absolute shame.

Since you’re not the primary teacher, you don’t have to create lesson plans, prep any materials, worry about having enough craft supplies, or be the primary disciplinarian, all of which is definitely a plus. If memory serves, the only thing I had to make for class on my own time were PowerPoint presentations on culturally relevant topics, such as historical events and holidays, to give the students a firsthand perspective on things they had only heard vaguely mentioned in movies or textbooks.

Setting up an international side hustle

One benefit of working a light schedule at the school is that you have the option to give private classes, which is commonplace all across Spain. On a student visa, you’re allowed to work up to 20 hours outside of the school. (Because remember, that’s technically “not work,” but a “furthering of your education” that you get a “stipend” for.) Private English lessons, which can be held at your home or theirs, are incredibly popular for both children and adults. It’s an added bonus that, unlike with the program, you get to decide which age group and English level you want to teach.

Classes are not hard to come by. I actually had to cut back on the number of classes I was doing and start turning people down, but the demand is high, particularly in a small town with limited options. Though ethically questionable, my first private class came by way of a doctor at the public health center who was treating me for my first wicked Spanish head cold. His teenage daughter had a high level of English and wanted conversational English classes, and somehow, in my delirious, feverish state, I said yes. It was that easy! From there, the classes came rolling in from all over.

Word of mouth is a powerful tool in a small, countryside town, and people have no issue handing out your phone number willy-nilly.

Complete strangers also have no problem coming up to you on the street, at the pharmacy, in the grocery store, or at a bar or restaurant to ask for lessons. I even almost got free accommodations in return for a nannying job in English for a family of three, but 22-year-old me didn’t want to be stuck in the middle of the countryside with no way to get to where “all the action” was in town.

How not to answer a student’s question

Shortly after starting at the school, my mind was blown by the number of questions about the English language that I couldn’t immediately give a factual answer to. I previously had no concept of how much of my native tongue I took for granted and how little I could explain why we say things the way we do in English. Uttering “that’s just the way it is” enough times will make anyone with even a partial conscience feel guilty. While the program doesn’t require any previous Teaching English as a Foreign Language training, I couldn’t help but think that even a bare-bones TEFL course would do me some good.

The internet led me to OxfordTEFL, a company based in Barcelona and Prague, that offered an introductory TEFL course in an eight-module, 40-hour online format. There was a book to accompany the online modules, and you were allowed to go at your own pace and finish the course as quickly or as slowly as you wanted. It felt rewarding to learn the real answers behind my kids’ toughest questions and put some logic behind the language I’d been speaking my entire life. Had I wanted to continue in the TEFL world and move on to a private academy, as many expats tended to do, I would have had to complete a full TEFL course, but this online course more than did the trick for my purposes.

Embracing my new role as “tea-chair”

I have to admit—I feel like I got really lucky with the elementary school I was placed at. The entire staff welcomed me with open arms and treated me with nothing but kindness, love, and warmth. They all went out of their way to make sure I was happy and that things were going well both inside and outside of the school. There were even two fully bilingual teachers during my first year at the school, one of which became just as much a colleague as a friend and confidant.

Even if they weren’t in English, I got to participate in and enjoy all of the school’s special events and performances, like the celebration in honor of Juan Ramón Jiménez, a Nobel prize-winning poet from the nearby town of Moguer, Huelva, and the annual Día de Andalucía, festivities that celebrate the southern autonomous community and region of Spain. I helped the kids prepare displays for all of the major holidays and rehearse their lines for the school plays and songs for their concerts. At the first year’s Christmas concert, one of my classes actually wrote an original song that included my name and a line about me that may or may not have made me silently cry happy tears.

I won’t pretend like it was always rainbows and butterflies. I had a first-grader get up in the middle of class and pee in a corner. I had a seven-year-old throw a tantrum and swear at me using language only someone at least twice his age should have known.

I had a fourth-grader raise his hand one day and ask if all women in the U.S. have such a deep “man voice” like he thought I did.

I normally went fairly bare-faced to school, and one day, I wore makeup, and the kids insisted on calling me “Jackie’s cousin,” because I apparently didn’t look like me, but instead much, much better than normal.

And yet, I felt so invested in the school, my students, the town, my friends, and my first Spanish boyfriend that I decided to stay for a second year. The beauty of this teaching program is that while you can’t pinpoint where you’ll be in the first year, you get to choose where you want to be for the second year—whether that’s the same place and school or somewhere different. As if people didn’t think I was weird enough already, I was now the odd duck who didn’t up and move to a normal-sized city, like Seville, where I had originally wanted to be placed.

When you know, you know

Not much changed with the school in my second year, aside from the coming and going of a few teachers, but something felt off. The original sense of excitement I had when I first started had worn away. I started to feel like I was hovering in place—limiting my growth, both personally and professionally—and the stagnancy didn’t sit well with me. The verdict is still out on whether I don’t like teaching English, I don’t like teaching English in a small town, or I plain don’t like teaching. All I knew was that if I wanted to preserve my sanity, I needed a new job that more closely aligned with what I had studied and enjoyed doing. (Promise you’ll find out how I won that uphill battle soon enough.)