In Italian slang, there are many vegetables that play a dramatic role in everyday conversation. But only one is the undisputed prima donna when it comes to kind of swearing in Italian: the cabbage – il cavolo. It is the safe substitute of a much stronger bad word, the same as saying ‘fudge’ is in English. It has the added merit of bringing charm and giggles to conversation that might otherwise end differently. Cavolo is a real tension breaker in a language that sometimes can be hard to handle, especially if screaming and shouting do not strike the right note for you.

Talking cabbage with locals might well be considered an essential survival tool, so let’s see how to impress by doing it properly.

In Italy almost everything comes back to food and swearing in Italian is no exception. There are hundreds of idiomatic expressions comparing people or feelings to cabbages in Italian. You might wonder why something so bizarre came about. The reason stretch back in time: in the days when meat, fish and some vegetables were pricey extravagances for most families, cabbages were cheap and available in abundance. The cabbage was the only thing anyone would dare to leave on the plate to waste. And so, an expression was born: comparing something useless and not worth caring about to a cabbage.

Make no mistake: while nowadays talking cabbage is a polite and funny way to manage an argument, it is still a very effective and incisive bad word to make a point. After all, there is still no worse offense to an Italian grandma than leaving food on your plate, even if it’s cabbage, and that’s reflected in the language as well. Let’s see some examples:

Cavolo can also be used on its own to express surprise or frustration. When said with positive disbelief, the word cabbage is often accompanied with a wide-eyed expression:

Whereas frustration should be stressed using body language such as putting your hands on your head (like in the video above), covering your mouth with your hand or opening your arms wide:

There are also many constructed expressions for daily use that have the cabbage at the centre of the phrase. Here are some you almost certainly will come across if visiting or living in Italy:

Sei una testa di cavolo (you are a cabbage head).

The journey of the cabbage into Italian language is remarkable: from an old working-class bad word to an omnipresent polite form of swearing. However, there are two regions where you won’t find any talk of cabbage. If you are planning to spend some time in either Sicilia or Calabria, instead of cavolo! You will probably hear the sound miiiiiii, which is the short form of their respective dialects’ swear word for penis. But that’s another story.

Finally, a special tip: how about trying to impress your friends by using a couple of popular proverbs about cabbages?

Who bloody eats cabbages at snack time? Nobody, that’s the point. So, tell the proverb entrarci come cavoli a merenda (literally: as fitting as cabbages for a snack) to a friend who just said something completely irrelevant and out of context: you will easily win the argument!

Salvare capra e cavoli (Saving the goat and the cabbages)

This proverb refers to those who try to achieve two opposite goals at the same time, often failing. If someone advises you not to salvare capra e cavoli, they are referring to popular wisdom. This common expression dates back to 800 A.D. when a new game of logic was invented: a farmer needs to transport a wolf, a goat and some cabbages across. However, his boat only fits one of these things at a time, along with the farmer himself. He cannot leave the goat and the cabbages alone on the riverside because the former would eat the latter – nor the wolf and the goat, for the same reason as above.

Knowing the phrase that goes with this logic game will increase your popularity with the locals by 100% but… can you also solve it? Cavolo! 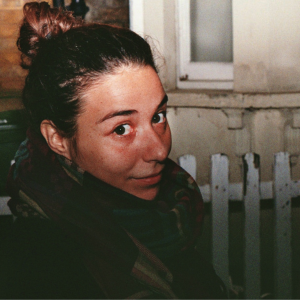