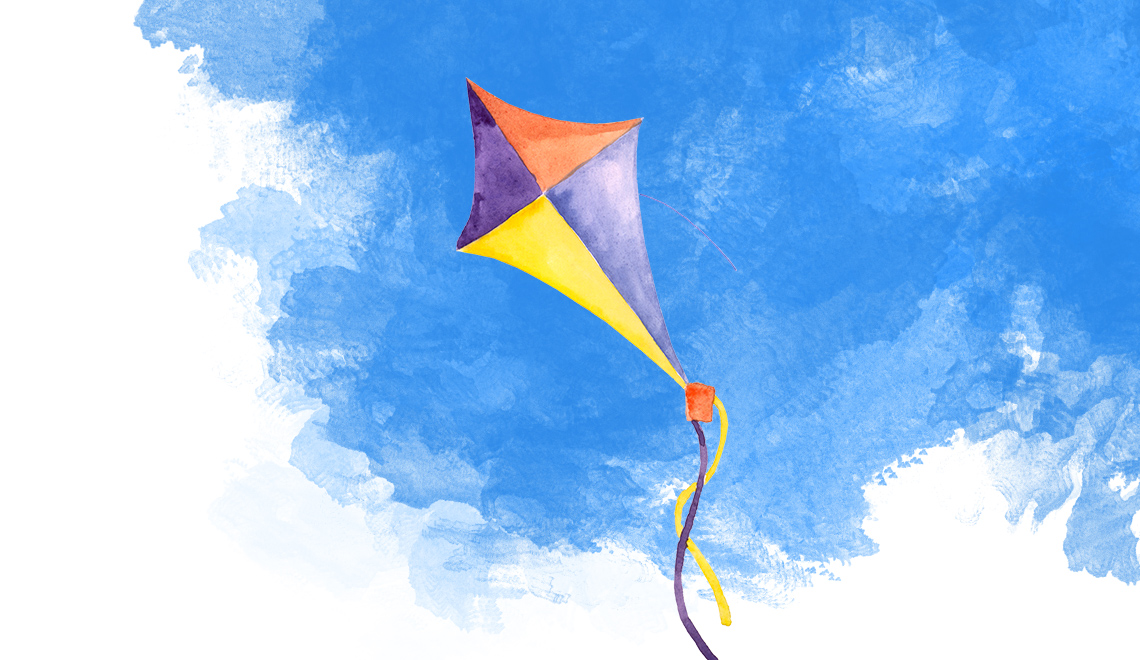 What is Makar Sankranti?

Makara Sankranti is an important and particularly joyous festival in the Hindu calendar. This celebration is dedicated to the deity Surya, the god of the sun, and marks the transition from the time of Capricorn. This harvest festival is celebrated throughout India and is known by different names in every region. To West Indians it is Makar Sankranti or Maghi, in the north it’s known as Lohri, and in the South this festival is called Pongal.

During Makara Sankranti, you’ll see children venturing from house to house, singing and asking for treats or pocket money. Typically there are bonfires and feasts to mark the day, and many regions that celebrate the holiday as a secular one focus on kite flying competitions. The fiercest kite flying competitions take place in the Indian city of Gujarat, where the sky is filled with elaborate, enormous kites and competitors attempt to cut one another’s strings.

For those who celebrate Makara Sankranti as a religious holiday, it’s a time to bathe in sacred waters to give thanks to the sun. And every twelve years, Hindus observe Makar Sankranti with a mass pilgrimage that, at 40 to 100 million people, counts as one of the world’s largest. Some Hindus believe that Makar Sankranti is such a meaningful time that if you die during the holiday, which lasts several days depending on the region, you’ll be lucky enough to ascend straight to heaven.

When is Makara Sankranti?

While most Hindu holidays and celebrations follow the lunar cycle, Makara Sankranti is set by the solar cycle. It’s typically observed on January 14th or occasionally on the 15th. The timing of Makara Sankranti celebrations align with longer days and specifically mark the end of winter solstice and the longest night of the year.

What are til gul?

Sesame seeds, known as til in Hindi, hold a special place in Makar Sankranti festivities because Hindu mythology regards them as a symbol of immortality. Small sesame sweets are given to family and friends throughout India during the holiday. These small sweets, sometimes fashioned like balls, are passed to members of the family or community accompanied by a specific phrase: Til-gul ghyaa, aani goad-goad bolaa (तिळगुळ घ्या, आणि गोड-गोड बोला). It means “Accept this til-gul (sesame sweet) and utter sweet words.”

Listen to the full interview with Neha Babbar to learn more about how Hindus in different regions of India celebrate Makar Sankranti.

Get a Taste: Til Gul (Til Laddu)

While you may not be familiar with the jaggery in this recipe, it’s a commonly used sweetener throughout much of Asia. Made from sugarcane, jaggery is similar to molasses or brown sugar and is considered healthier than white sugar. You can purchase it online or buy it at your local Asian grocer. 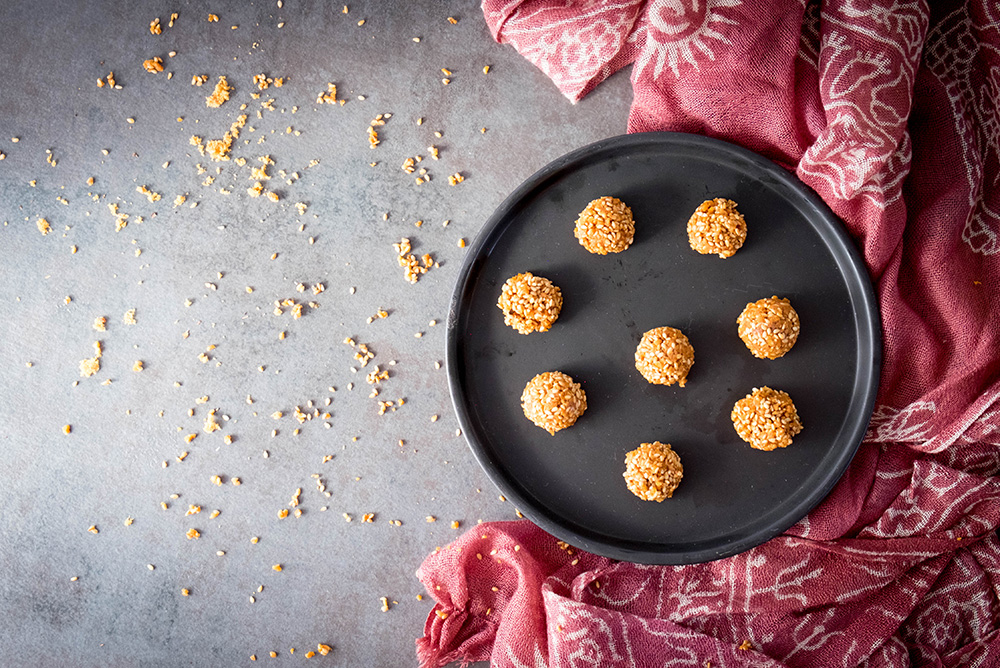 Til Gul (Til Laddu) Recipe 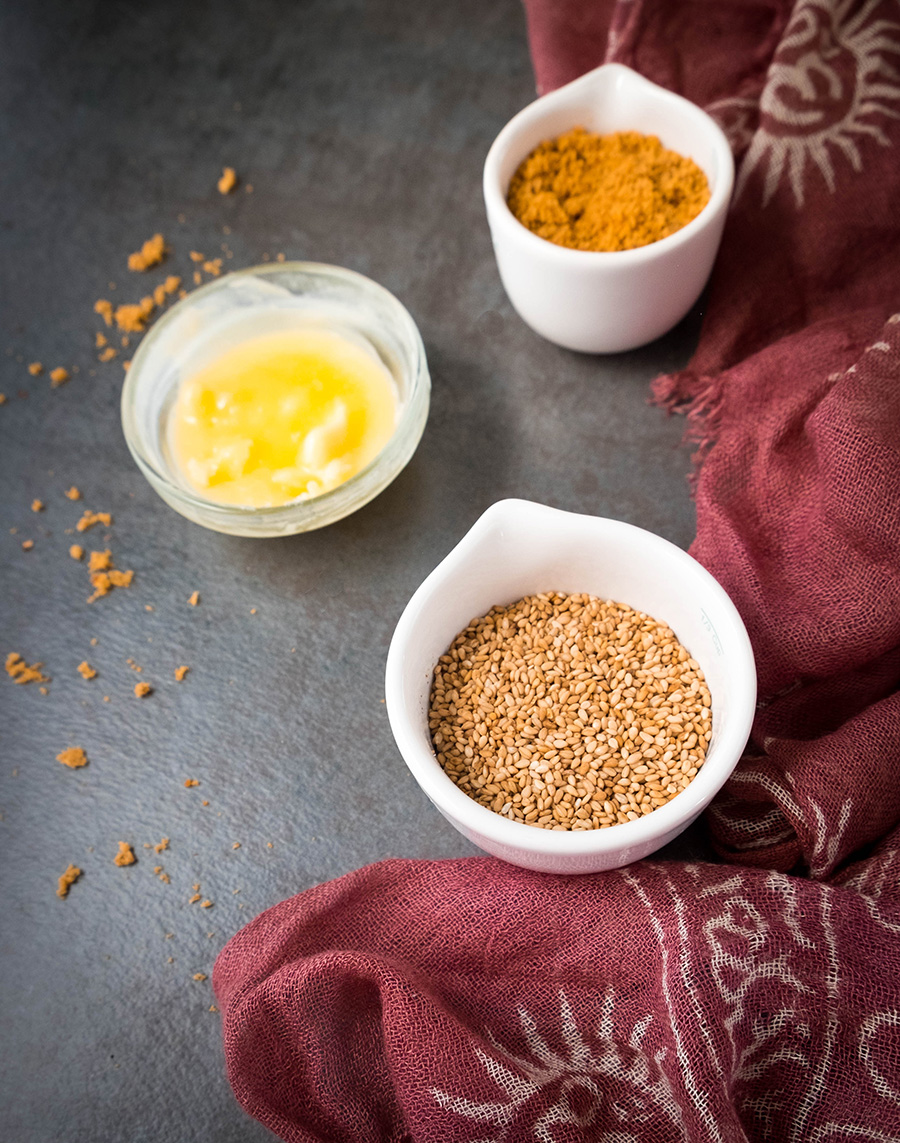 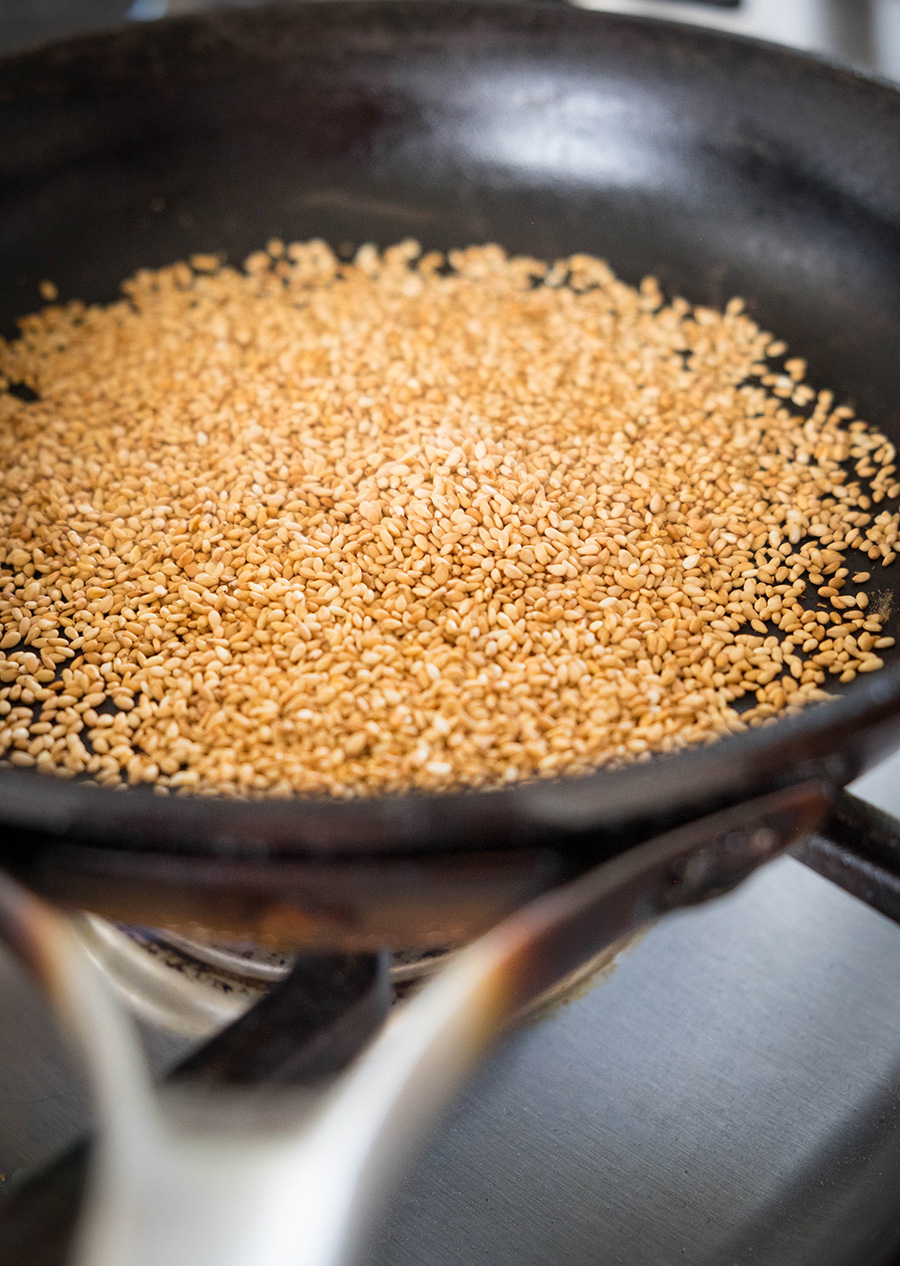 In a separate pan, add ghee and jaggery together. Stir until jaggery dissolves and continue cooking up to two minutes to the soft-ball stage. You should be able to pour a small drop in cold water and it will form a ball when rolled between your fingers. Remove from heat and add the sesame seeds. 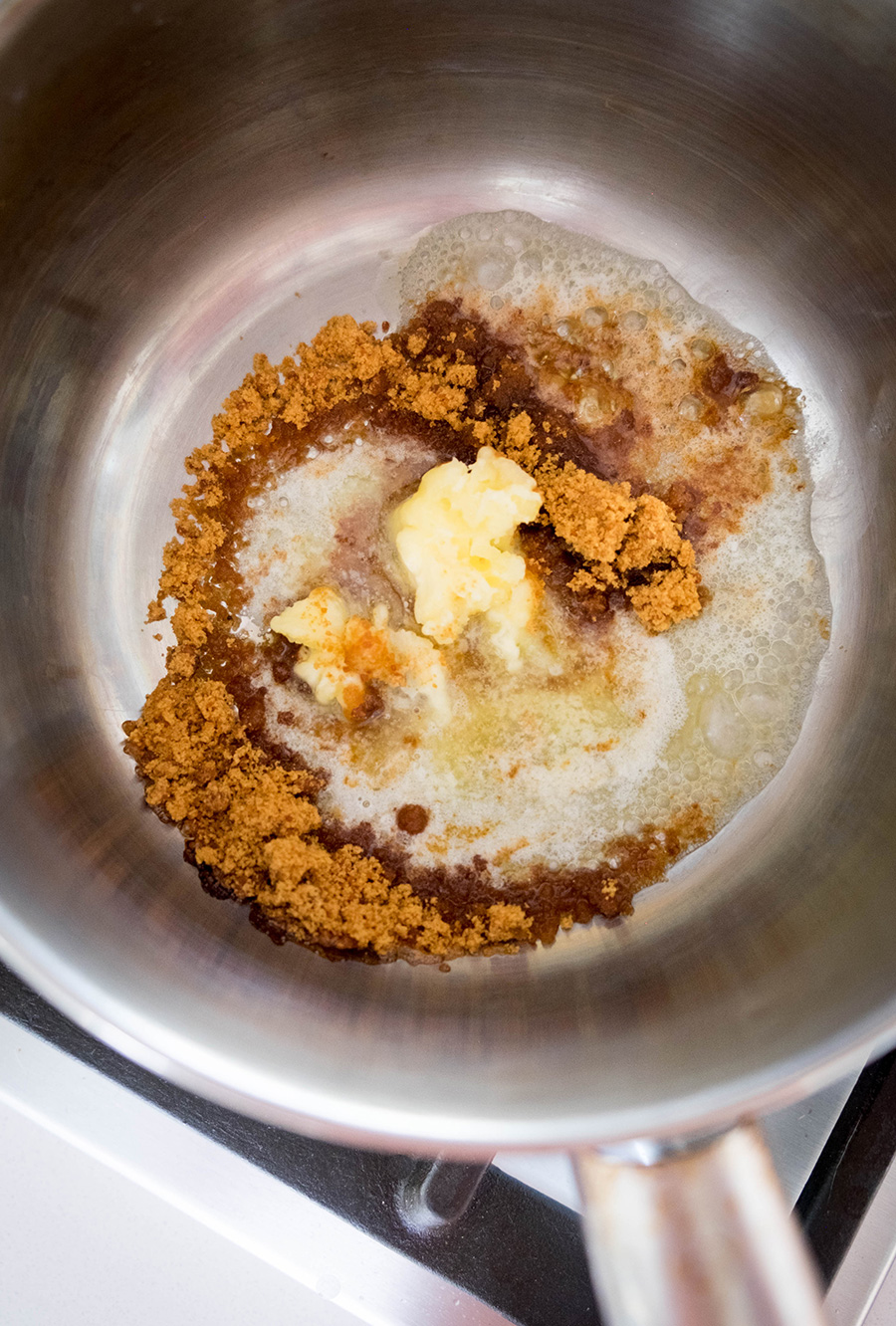 Cool slightly, but begin working with the mixture while still warm for best results. If you wait too long, the mixture will become too firm to roll into balls. Coat hands with a small amount of ghee and make small, bite-sized balls. Store in an airtight container. 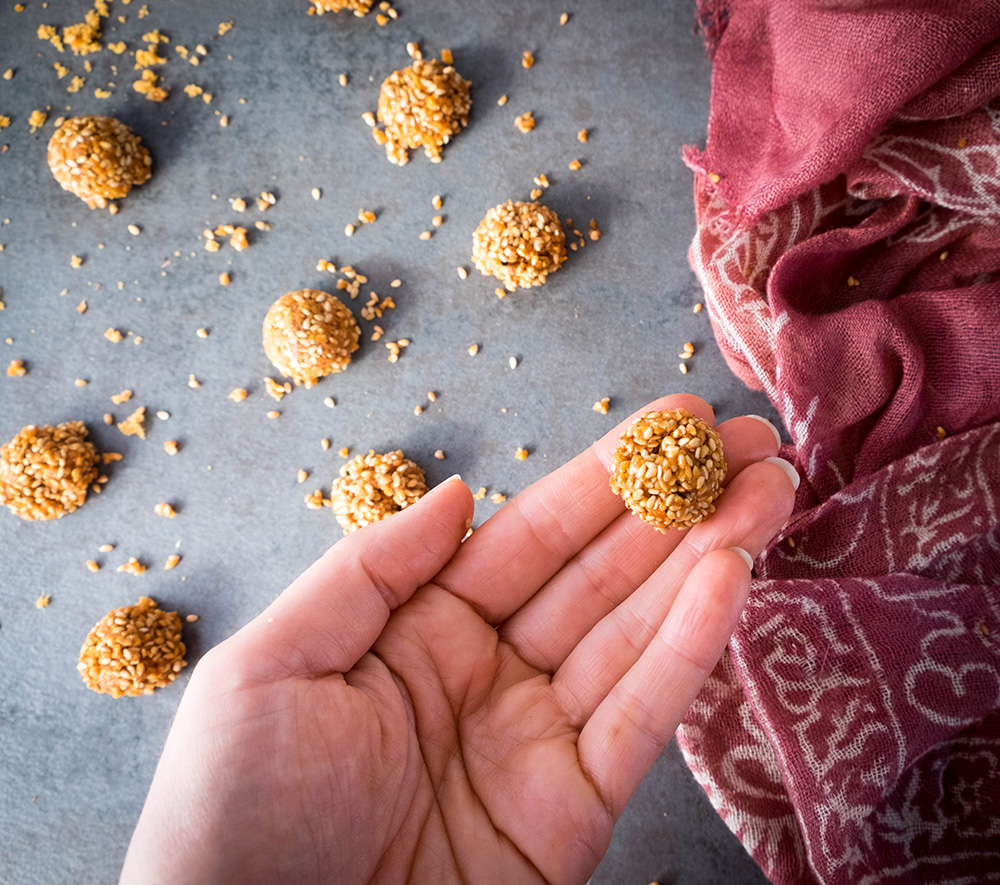 From New Delhi to New Haven: My Hindi JourneyFoodie Without Fear: Asia Edition​

Honoring the Harvest: Celebrate the Mid-Autumn Festival with Mooncakes