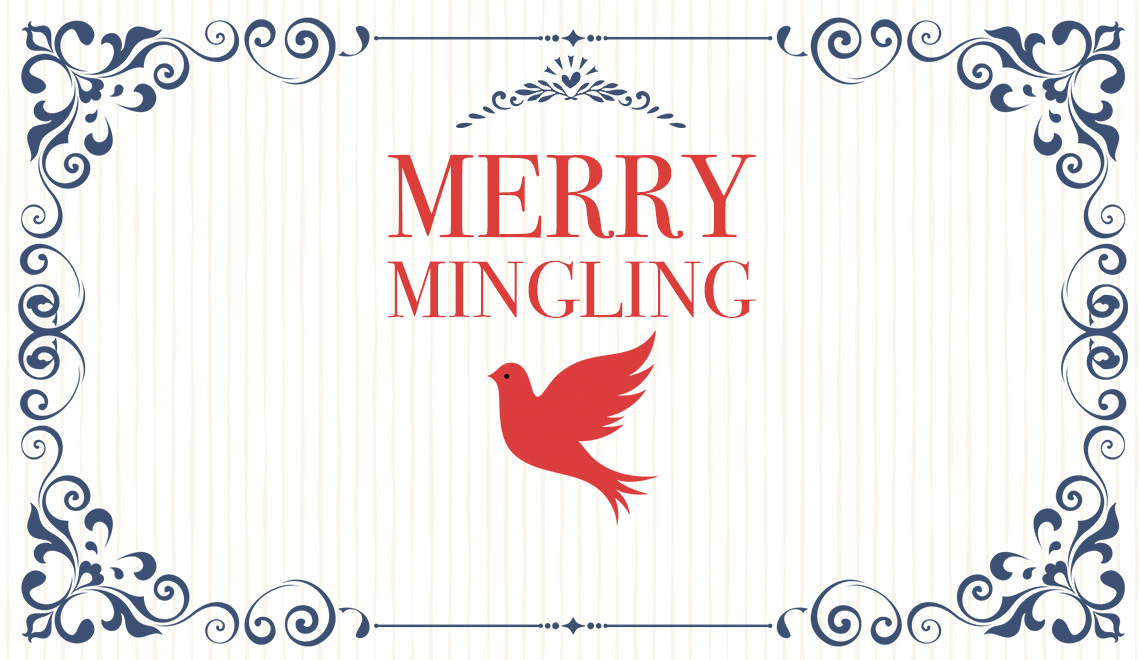 Thoughtfulness and a little cultural sensitivity translates well in any language

Before you pull up a seat at the holiday table, study the rules of etiquette so you can avoid a faux pas (yes, that’s French for lack of tact, or rude foreigner, depending on who you ask). While taking cues from your host or hostess is never a bad idea, it’ll also impress them if you come equipped not just with a symbolic gift but with the kind of consideration for their cultural values that money can’t buy.

Need a little help figuring out the unwritten rules of table etiquette across cultures? Don’t worry. We’ve made a chart of tidbits you should know before you sit down to break bread in countries around the world.

As you can see, while each region has a little nuance, most cultures encourage similar rules of common courtesy such as waiting to be seated and keeping hands above the table.

Now that you know how to take a seat, let’s get a look at what’s on the menu. From China to Spain, here’s what you can expect from a holiday feast featuring foods around the world.

Your International Guide to Holiday Foods and Feasts

Americans pack into Chinese food restaurants for the holidays to enjoy egg rolls, wantons, and other Americanized Chinese delicacies. But what do the Chinese eat during the holidays?

While Christmas isn’t widely celebrated in China, you’ll find large cities like Hong Kong indulging in a little holiday fare. One Chinese tradition is to exchange apples wrapped in colored paper and eat them on Christmas Eve. This is because the Mandarin word for apple (苹果, Píngguǒ) sounds like the word for “peace.” The Chinese have a family feast on Christmas day, but the foods offered are more likely to be a prelude for the most important holiday on the Chinese calendar, New Year’s Day.

Bring a fruitcake or a mince pie to an American holiday party and you’re likely to get plenty of side eye, but these wholesome Christmas delicacies are standard fare at tables in the UK. Brits begin breaking out mince pies early on in the holiday season and by the time Christmas dinner rolls around, they may be stuffed.

Don’t worry though. There’s always room for dessert and in the UK, that means Christmas pudding, sometimes referred to as figgy pudding.

Get a taste: Try British Christmas Pudding, a fruitcake you can make up to six weeks before the holiday and then set alight as the culmination of the holiday meal.​

Filipinos have the longest Christmas season in the world, with plenty of holiday dishes to nosh on during the months leading up to the holiday. Some holiday fare is only available during the Christmas season, such as the street stalls serving puto bumbong (purple rice cakes) and bibingka (baked coconut rice cake) that pop up around churches.

Get a taste: Try Lechon, otherwise known as suckling pig. This is the centerpiece of any Filipino Noche Buena.

As you might expect, the French certainly know the meaning of feasting during the holidays. It’s traditional to have a large family dinner after midnight mass called Le Reveillon, which means “awakening.” It’s likely named after the revelry that extends well into the morning accompanied by quintessential French foods like champagne, oysters, and caviar.

If you’re in Provence, save plenty of room for dessert. Thirteen of them to be exact. This Provence holiday food tradition symbolizes Jesus and his 12 apostles and culminates in a dessert called pompe a l’huile, a sweet olive oil bread that’s a cross between brioche and focaccia.

In Germany, presents are often exchanged on Christmas Eve when Germans also traditionally feast on carp. Known as Weihnachtskarpfen, carp was considered an acceptable meal for those still observing fasting through the Catholic advent season.

Like many other countries around the world, Christmas holidays bring a large family meal. In Germany it features duck, goose, rabbit, or a roast accompanied by stuffing, red cabbage and potato dumplings.

Christmas dinner means family and feasting in Greece, where filo pastry, feta cheese, pistachios, roast pig, stuffed turkey and holiday desserts crowd the table. In north Greece a special sesame baklava is made on Christmas Eve. For Greeks observing advent, this baklava is made without dairy and eggs so it can still be consumed before fasting ends on Christmas Day.

Fragrant Greek cookies called melomakarona, featuring cinnamon, cloves, and orange, start popping up in homes and bakery windows and are a sure sign the holiday season has begunin Greece.

Get a taste. Try christopsomo (χριστόψωμο), which means “Christ’s Bread.” These elaborate loaves are a holiday staple in Greek Orthodox homes.

Festive, friendly celebrations are exactly what you’d expect from an Irish holiday. Christmas dinner is the centerpiece of the holiday season, with plum puddings, whiskey sauces, and spiced beef roasts.

Because the lush countryside is perfect for grazing, Irish cheese are exceptional and holiday meals are often accompanied by cheese boards featuring local cheddars.

Get a taste. Try Cork spiced beef, a traditional Irish roast whose tenderness is enhanced through the use of saltpeter.

An Italian Christmas means one thing: The Feast of the Seven Fishes. Vigilia di Natale culminates in this traditional Christmas Eve meal, sometimes called La Vigilia that allowed Roman Catholics to indulge even during advent fasting that prohibits meat of any kind.

Italian also have some charming fare detailed in the video below that makes Christmas morning a little more cheery.

Get a taste. Try Italian chestnut soup, a traditional italian recipe often used to warm the palate during the holidays in northern Italy.

One holiday tradition in Japan that may seem bizarre to foreigners is the consumption of fried chicken. Japanese flock to places like Kentucky Fried Chicken where they can get a taste of heavily Americanized cuisine as a holiday treat.

Christmas isn’t widely celebrated in Japan, but they do have a few treats to indulge in such as wagashi (colorful desserts made with mochi and adzuki bean paste) and chanmery ( a mixture of sake and champagne).

Russian holiday food has a dash of influence from throughout the region, with dishes heavily influenced by Ukranian cuisine. Vzvar (a fruit compote of boiled nuts, raisins, and honey) is often served as a prelude to the main course at Christmas dinner alongside kutia (a variation on a Polish wheat berry porridge).

Because some Russians fast during the holiday season in accordance with advent, Christmas is a chance to show off cooking skills and engage in more than a little indulgence. Tables are often heaped with perogies, souffles, and sweets.

Get a taste. Try Olivye or Russian Salad, a Ukranian potato salad that makes an appearance on holiday tables throughout Russia.​

Once upon a time, the Spanish elite celebrated the holidays with pavo trufado, a turkey stuffed with truffles. Today, a slow roasted lamb or pig is a popular centerpiece of a Spanish Christmas dinner, usually accompanied by fish stew and a variety of cured meats and cheeses.

Get a taste. Try Spanish Marzipan, an almond paste that is often fashioned into small animals or other objects and given as a gift during the holiday season.

Sink your teeth into more holiday goodies from Rosetta Stone.

The Meaning of Khalas and 7 More...

The Case for Watching an Action Flick...