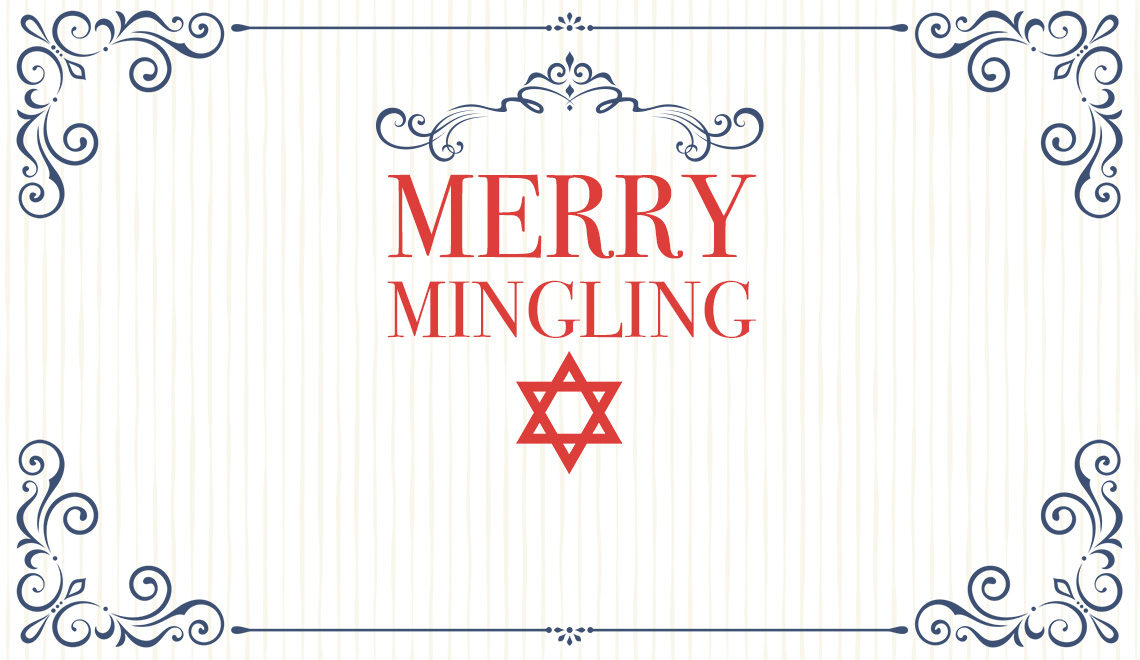 If you’re one of many gentiles who inadvertently categorize Hanukkah as the Jewish Christmas, you’re not alone. Hanukkah gets tossed in as an alternative holiday in America, with traditions that seem, on the surface, to closely mirror those surrounding Christmas.

Certainly, there are some similarities. Both holidays celebrate light during a season of darkness, with symbolic candle lighting either from the branches of trees or from a menorah. Both Hanukkah and Christmas are shaped around messages of hope and miracles, a time of wonder meant to bring families together.

But many religious scholars bemoan that Hanukkah, a holiday meant to celebrate a victory over forced assimilation, is mistakenly viewed as Jewish Christmas. Take a deep dive into our gentile’s guide to Hanukkah to learn more about honoring the history of this holiday without turning it into a shadow of Christmas past or present.

While the holiday has earned a moniker as the “Festival of Lights,” that’s not technically what the word Hanukkah (sometimes spelled or pronounced Chanukah) means in Hebrew. Hanukkah comes from a Hebrew verb that means “to dedicate.”

The word has special significance given the history of Hanukkah. The eight-day celebration commemorates a Jewish victory in the second century B.C. over Greek-Syrian oppressors who sought to force the Jewish community to assimilate. Under the orders of Antiochus IV Epiphanes, soldiers descended upon the holy city of Jerusalem, massacring thousands and defiling the second temple by erecting a statue of the Greek god Zeus and sacrificing pigs on its sacred ground.

In response, the Jewish people, lead by a family of priests, started what became known as the Maccabean Revolt. They drove out the Greek-Syria army and reconsecrated or “dedicated” the second temple. The menorah tradition derives from the lighting of the candles to purify the space. While there was only enough oil to last for one day, the lamp continued to burn for eight days and gave rise both to the menorah tradition and the story of the miracle behind Hanukkah.

2. Hanukkah doesn’t have a biblical basis

While the story of Hanukkah is an ancient one, it doesn’t have a basis in the Hebrew Bible or Torah. Hanukkah was established by rabbis and is not biblically ordained. While it commemorates a special event and an important chapter in Jewish history, it’s not considered a spiritual holiday. In fact, if the timeline of the Hanukkah story and the Maccabean revolt is accurate, it predates the gospels of the New Testament by about two centuries.

Hanukkah often gets lumped in with Christmas simply as a matter of timing, but it doesn’t always align neatly. Because Hanukkah follows the Jewish calendar, it can occasionally be much earlier than Christmas. For example, in 2017 Hanukkah actually began on Thanksgiving day. So when is Hanukkah this year? Hanukkah 2019 will begin in the evening of Sunday, December 22 and ends in the evening of Monday, December 30.

Hanukkah is probably the Jewish holiday most gentiles know. But just because it’s the most well-known Jewish celebration doesn’t mean it’s the most important. In fact, Hanukkah isn’t even considered a high holiday. Instead, events on the Jewish calendar like Rosh Hashanah or Yom Kippur are considered holy days with spiritual traditions that are deeply ingrained in the Jewish community.

5. Hanukkah doesn’t have a gift-giving tradition

Many Jewish Americans end up creating gift-giving traditions surrounding Hanukkah, but a flurry of presents isn’t considered a traditional way to celebrate the holiday. For various reasons, Jews all over the world have chosen to practice their faith in ways that help them to assimilate and avoid persecution throughout history.

American Jewish communities adopting decorating with holiday kitsch and the shop until you drop culture may be more of a sign of choosing to adopt modern traditions rather than a wave of growing assimilation. Either way, it’s crucial that gentiles be aware of that tension and choose to honor their Jewish family, friends, and neighbors by extending kindness and understanding for whatever way they choose to celebrate the season.