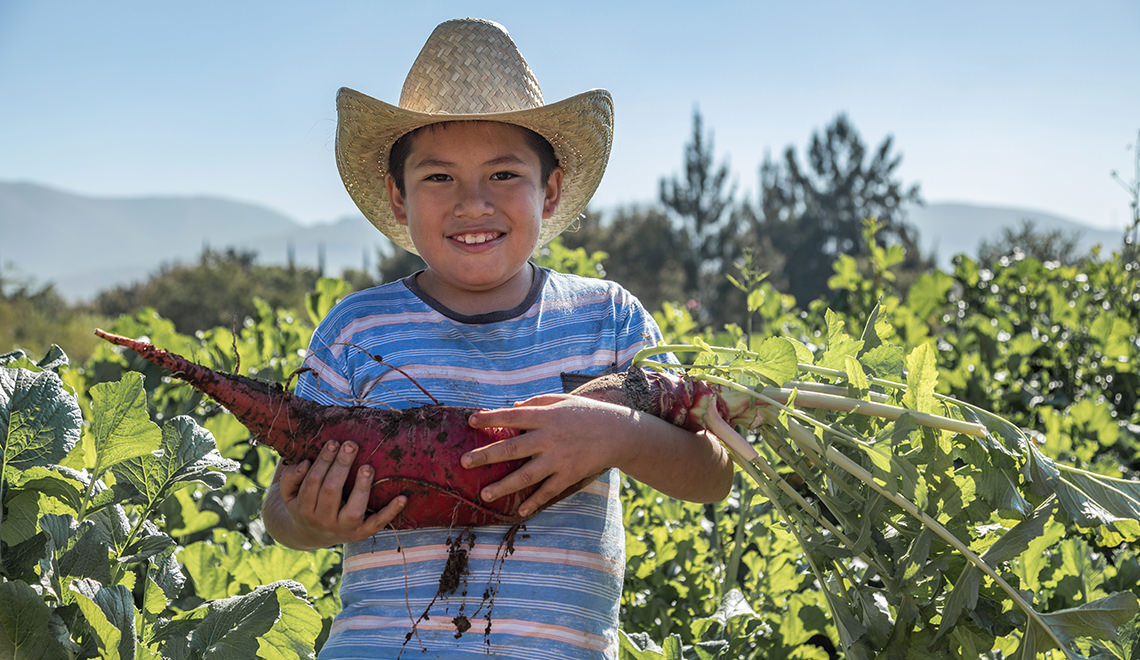 Oaxaca is probably best known for its popular Día de Muertos celebration each year, but visiting Oaxaca during Noche de Rábanos, or the Night of the Radishes, is something you won’t experience anywhere else in the world. The radish is native to China but was first introduced by the Spanish to Mexico.

Oaxaca has a long history of wood carving and one Christmas, farmers thought a great way to attract customers to the Christmas market would be to carve the radishes into scenes of the region. This festive event became an official competition among locals over a hundred years ago back in 1897. The Night of the Radishes is held every year on December 23rd where locals carve giant countless radishes into scenes and you can see them displayed in the zocalo, the center of the square at Plaza de la Constitution.

Now these aren’t your regular radishes. Some can be the size of your head and up to three kilos. They are now grown in a special plot of land and aren’t meant to be eaten,  just used for the competition. The contest has now come to include a kids category encouraging young locals to get involved in the fun. The day prior they have an early morning where the kids can harvest the radishes from the large field a few kilometers outside of  town. I loved watching their faces light up as they dug them up one by one with pride.

Adults and kids alike use things like toothpicks to keep the scenes up and spray the radishes with water every so often to keep them looking fresh so they don’t wilt. You’ll see scenes that are traditions of Oaxaca including Día de Muertos, Our Lady of Guadalupe, posadas, the mole and cacao making process, local handicrafts like weaving, Christmas and religious scenes, animals native to the region like snakes and alligators, Mayan scenes, and even a scene of Guelaguetza Dances—a form of Oaxacan culture that comes to life through the local culture celebrating the Goddess de Maize to the Virgin of El Carmen.

There are also two additional categories in the competition – Totomoxtle Natural (corn husks) or Flor Immortal (dried flowers)—where people create intricately detailed scenes. The winner receives a grand prize of 12,000 pesos and, of course, bragging rights for the next year. While the radish is the most popular, these are just as impressive to look at. It’s become so popular that the line to view them stretches multiple blocks away, but it is well worth the wait. When you walk around the square, you just can’t believe your eyes in how creative and artistic the locals get with these scenes. It’s become a family tradition, so you’ll sometimes see three generations together celebrating this festive evening.

A celebration with a backdrop of live music and fireworks caps off the evening, Noche de Rábanos is one Oaxacan tradition not to be missed during the holiday season.

If you’re looking to get lost with locals, you’ll want to know some lingo.